The time of injustice to the people of Jammu is over. Nobody Can Disturb the Age of Development: Amit Shah 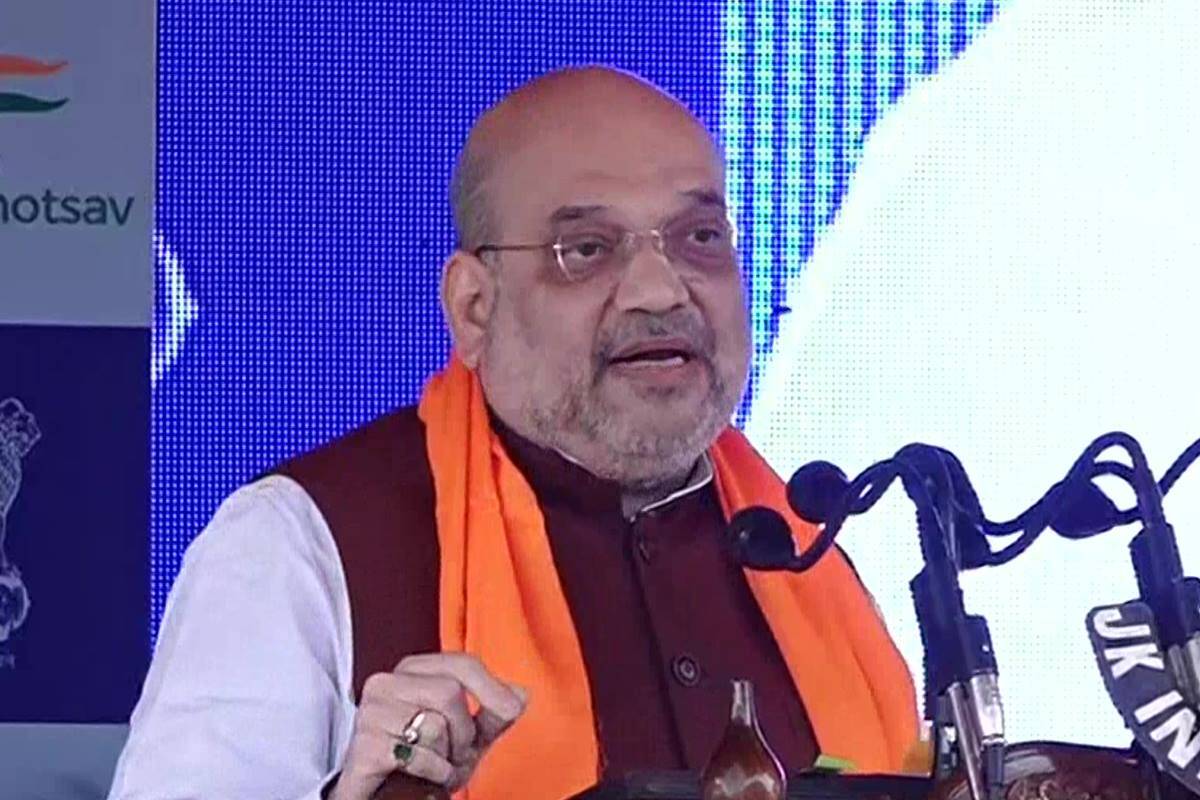 Shah also emphasized that if the youth joined in the development of Jammu and Kashmir, the terrorists would fail in their evil scheme.

Union Home Minister Amit Shah, who was in Jammu today on the second day of his visit to Jammu and Kashmir, said that the time of injustice to the people of Jammu is over and no one can disturb the era of development in the Union Territory. He also said that more investments will come to the region before 2022.

Addressing a crowd, Shah said, “I came to Jammu today to say that the time of oppression for the people of Jammu is over, now no one can oppress you. Some are trying to disrupt the era of development here, but I want to assure you that no one will be able to disturb the era of development.” He said that Kashmir and Jammu will now develop together.

Amit Shah said that investments worth Rs 12,000 crore have already reached the union territory and the government aims to achieve a total of Rs 51,000 crore by the end of 2022. Shah is on a three-day visit to Jammu and Kashmir, his first visit after the center revoked the former state’s special status and divided it into Union Districts on August 5, 2019.

“When we introduced New Industrial Policy, 3 families who exploited you used to make fun of who would come here. But due to Prime Minister Modi’s achievement, Rs 12,000 crore has been invested so far. I want to tell you that the investment of Rs 51,000 crore is,” said Amit Shah. It will come before 2022… which will give a large number of jobs to young people.”

Shah also emphasized that if the youth joined in the development of Jammu and Kashmir, the terrorists would fail in their evil scheme. Dashing into regional parties, Shah said members of three families were asking me what I would give to the University of Texas. “I have come with an account of what I will give. But for 70 years, these three families have ruled in Jammu and Kashmir, they should come back with an account of what they have given to the region,” Shah said.

Responding to the prevailing security situation, Amit Shah said: “Some people are asking questions about security. Between 2004 and 2014, 2,081 people lost their lives in Jammu and Kashmir. 208 people are killed every year. From 2014 to September 2021, 239 people have lost their lives. “We are not satisfied because we want to build a situation in which no one loses his life and terrorism ends completely,” said the Minister of Interior.

#Watch | Jammu: His Majesty King Amit Shah says, “…no one can stop the era of development that started in J&K. It is the land of temples, Mata Vaishno Devi, Prem Nath Dogra, the land of Siyama Prasad Mukherjee sacrifice. We won” to let the people disturb the peace At J&K, they succeed” pic.twitter.com/b5GcakuRPe