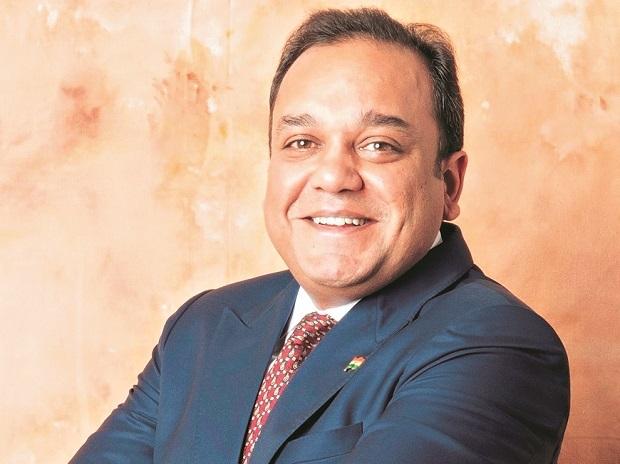 The dispute between Zee Entertainment and its largest shareholder, Invesco, which holds an 18% stake, turned worse on October 13 after Invesco revealed it had facilitated merger talks between Zee and Reliance Industries in February and March of this year. Reliance owns listed Network18 Media and Investments, which has interests across television, digital content, and print and film production. The revelation comes as Zee has signed a non-binding deal to merge with Sony India.

Reliance Industries confirmed that Invesco arranged discussions with Zee MD & CEO and founding family member Punit Goenka, which led to Reliance proposing a merger of its media assets and Zee at what it described as fair valuations. The proposal also included the continuation of Punit Goenka as managing director and the issuance of employee stock options for the management of Zee, including Goenka. However, according to Reliance, the deal collapsed because Invesco did not agree to Goenka’s requirements to increase his family’s stake by subscribing to preferential orders. The promoter’s contribution to Zee decreased to 3.99%. In its statement, Reliance said it did not go ahead with the deal out of respect for all the founders, stressing that it has never resorted to hostile deals.

Meanwhile, Zee accused Invesco of resorting to double standards by opposing its merger with Sony India, which contains terminology similar to those discussed with Reliance. It has alleged that the deal Invesco paid with Reliance reduced the value of the company and if it had gone ahead, Zee shareholders would have incurred a loss of at least Rs 10,000 crore.

Zee also highlighted that Invesco voted to reappoint Punit Goenka as managing director and CEO as recently as September 2020. Zee said Invesco’s actions over the past few weeks have been motivated by factors not related to the company’s business or concerns about corporate governance.

While US fund Invesco welcomed the proposed deal with Sony, it said the terms of the deal were not in the interest of all shareholders and would benefit only promoters.

Zee confirmed that the transaction would not be dilutive to any shareholder in the company.

But where did this bitter public conflict begin? So, we need to take a look at Invesco’s demands.

Invesco has sought changes to Zee’s senior management and board of directors, citing alleged corporate governance issues and financial irregularities reported even by Sebi.

On September 11, she asked Zee to convene an extraordinary general meeting of shareholders to remove Managing Director and CEO Puneet Goenka and to appoint six new independent directors named by her.

On October 1, Zee’s board of directors rejected Invesco’s call for a non-public meeting, citing a lack of approvals from market regulator Sebi and the Ministry of Information and Broadcasting.

Zee founder and Punit Goenka’s father, Subhash Chandra, accused Invesco of trying to take over the company in a “covert” manner.

That was the start of a legal battle.

Invesco approached the National Court of Corporate Law, seeking to compel Zee to call the meeting. The NCLT asked Zee to provide a response to Invesco’s petition by October 22. Meanwhile, Zee has moved the Bombay High Court requiring it to declare Invesco’s EGM application illegal and invalid.

This has created a parallel litigation line for the same issue as the NCLT is also listening on the matter.

A protracted legal battle is likely to unfold regardless of how the Bombay High Court handles Zee’s case to dismiss Invesco’s application.

Amid a war of words between Zee and Invesco, it appears that minority investors have become collateral damage, as they have been kept informed about takeover talks with Reliance thus far.

With Zee’s board of directors refusing to hold the EGM, legal experts are of the opinion that Invesco may ask the NCLT to invoke certain provisions of the Companies Act and request an EGM.

Even if Invesco succeeds in forcing Zee to hold an extraordinary meeting, it remains to be seen if it can attract enough support from other shareholders to implement the changes it wants.

Business Standard has always strived to provide the latest information and commentary on developments that matter to you and have broader political and economic implications for the country and the world. Your continued encouragement and feedback on how we can improve our offerings has made our determination and our commitment to these ideals even stronger. Even during these challenging times brought about by Covid-19, we continue our commitment to keeping you updated with trusted news, authoritative opinions and insightful commentary on relevant topical issues.
However, we have a request.

As we fight the economic impact of the pandemic, we need your support even more, so we can continue to bring you more quality content. Our subscription form has seen an encouraging response from many of you, who have subscribed to our content online. Further subscribing to our online content can only help us achieve our goals of providing you with better and more relevant content. We believe in free, fair and credible journalism. Your support with more subscriptions can help us practice the journalism we are committed to.