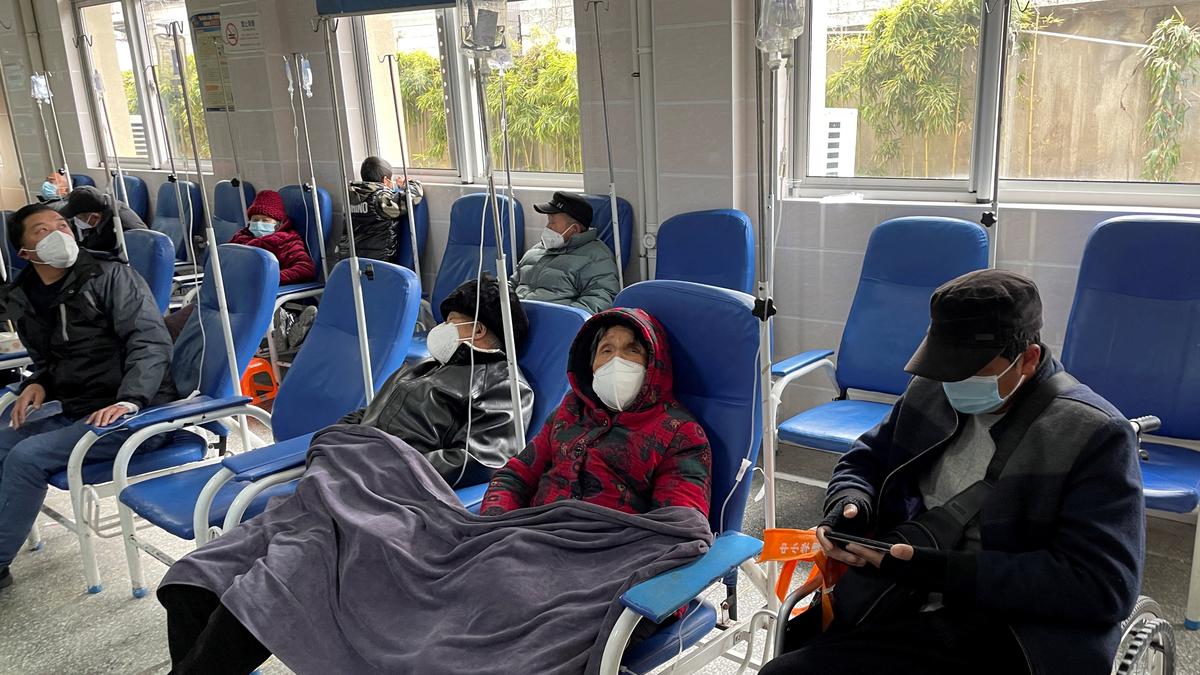 Since China reversed its zero-Covid policy last month, a whirlwind of cases has crammed hospitals with elderly patients and sparked a free-for-all over limited supplies of medicine.

And the country’s wide wealth gap has fueled healthcare disparities between cities and rural areas, with underdeveloped regions seeing a chronic lack of doctors, equipment and expertise.

When the Covid wave hit in the second half of December, doctors in Anhui rapidly ran out of diagnostic kits and treatments.

“Nobody tested for it, so we didn’t know if we were positive or not,” said Shao from a village near Bengbu, a city of 3.3 million people.

“It’s been a total mess,” he told AFP as he pulled on a cigarette. “Things were better when the government kept us all locked down.”

One doctor told AFP he was forced to work 14-hour days in December, when his two-room village clinic was inundated with up to 10 times more patients than usual.

The sick, he said, “had to line up outside” the building as the tiny waiting room was full.

And in a nearby town, the head of a small health center said medicine supplies became “so badly depleted that we had to suspend prescriptions”.

Overloaded clinics were ordered to send elderly patients with severe symptoms to larger city hospitals for better care, he said.

In a back room of the health centre, a handful of patients on drips huddled at the end of a damp and dimly lit walkway, the empty seats between them signaling that the pressure had eased–for now at least.

‘Many didn’t make it’

The crisis was more acute in the county town of Fengyang, where AFP saw dozens of patients in an observation room.

Don’t leave things to chance. Protect yourself properly against (the virus),” a red-and-white banner on one wall proclaimed.

Sun, in his 30s, said “many of the elderly in this village weren’t able to make it through” the disease, but refused to specify how many.

China has narrowed the definition of a Covid death, and just a few dozen fatalities have been officially recorded since the beginning of December.

One village doctor said they knew of “around 50” who had died since the beginning of December, many of whom had underlying conditions such as diabetes, heart disease or high blood pressure. It was a much higher number than in previous winters, he added.

But public discussion around the number of cases and deaths is taboo.

Several rural medical workers declined AFP interview requests, with one refusing to speak without official permission in case he “ended up saying something I shouldn’t”.

Public health authorities in Bengbu, the city that administers the villages, did not respond to questions from AFP about the number of deaths, the size of the outbreak or preparations for reopening.

Further north, in a dust-blown village in Shandong, locals herded goats and played Chinese chess–masks few and far between in a part of the country not often visited by Western journalists.

But like everywhere in China, the virus was never too far away, with a street sign urging locals to “scientifically strengthen the prevention and control of the spread of the epidemic in accordance with the law”.

In the village of Xishan, a woman in her 50s said she was simply looking forward to “all the youngsters coming back” for the Lunar New Year, despite fears the holiday will bring a fresh Covid wave.

Back in Anhui, a resident of the same age was not so sure. “We’re really scared about it at the moment,” she said.