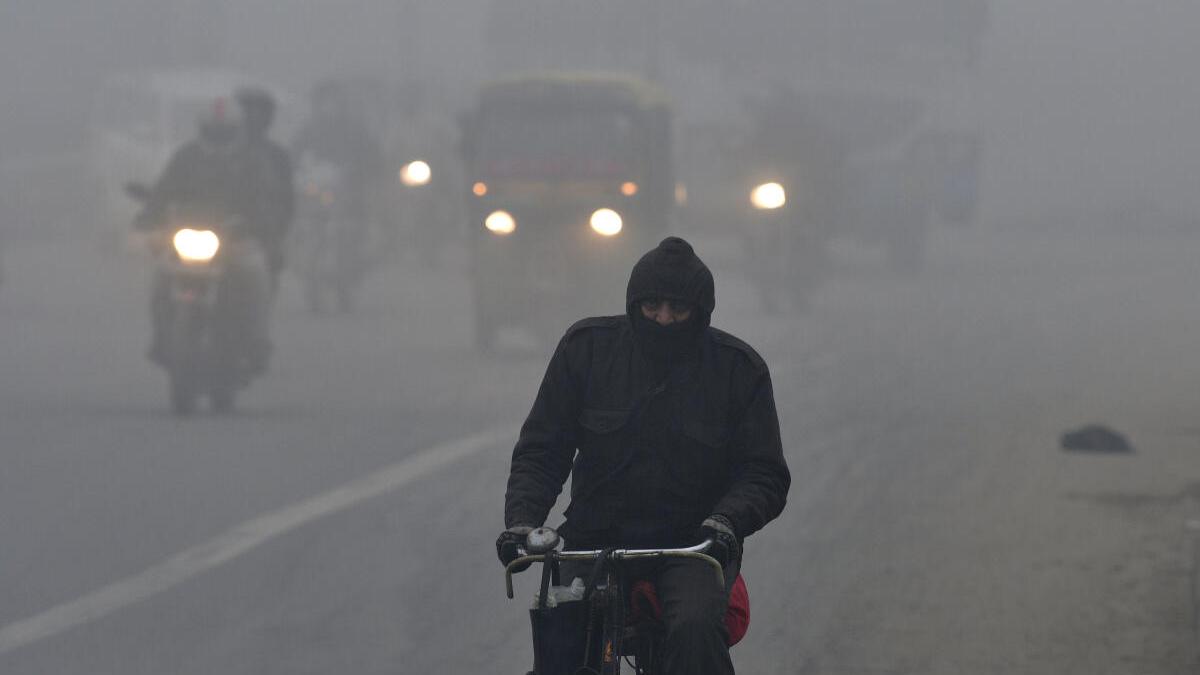 The lingering ‘triple-dip’ La Niña is sending a shiver down the collective spine of North-West India as it catches up with the core winter season starting in January.

Cold wave to severe cold wave conditions is forecast here for the next four-five days.

The sweep of the frigid air will be so deep India Meteorological Department (IMD) has warned of a cold wave to severe cold wave conditions for parts of North Rajasthan until Wednesday (January 18) and cold wave conditions in isolated pockets over interior Karnataka in the farther south on Saturday and Sunday; Himachal Pradesh from Sunday to Wednesday; Punjab, Haryana, and Chandigarh from Monday to Wednesday; and Uttar Pradesh and Madhya Pradesh on Tuesday and Wednesday.

Dense to very dense fog will continue to persist over parts of Punjab, Haryana, Delhi, Uttar Pradesh, and Bihar until Wednesday; and dense fog over parts of isolated pockets over North Rajasthan, West Bengal, Sikkim, Odisha, Assam, Meghalaya, and Tripura until Sunday (tomorrow); Jammu and Kashmir, Himachal Pradesh and Uttarakhand from Monday to Wednesday; and over North Madhya Pradesh from Monday to Wednesday.

Cold day conditions are likely over parts of Bihar during the next five days; over isolated pockets in Uttarakhand on Saturday and Sunday; and Punjab, Haryana, Chandigarh, Delhi, and Uttar Pradesh until Wednesday.

The chill, fog, and cold day conditions alternate from West to East in tandem with the seasonal pattern of winds shifting occasionally South-East by the instance western disturbance, one of which bore down on Saturday morning with a cyclonic circulation over Sriganganagar in Rajasthan.

The ‘atmospheric river’ as it is known and circumnavigating the globe, the jet stream has a big say in determining the extent of the cold in India. Its southward dip triggers severe cold over North and North-West India.

Western disturbance is warm thanks to moisture picked up as it unlocks itself from the parent jet stream and forages into the southern latitudes. It sets up the fog in the plains and rain or thundershowers over the hills of North-West and North-East India.

Rain or thundershowers were reported on Friday at most places over Jammu, Kashmir, Ladakh, Gilgit, Baltistan, and Muzaffarabad; many places over Himachal Pradesh and Arunachal Pradesh; and isolated places over Uttarakhand and East Uttar Pradesh.

A significant amount of rainfall was recorded (in cm) on Friday at Banihal, Kokarnag, and Pahalgaon — 3 cm each; Srinagar, Batote, Katra, Gulmarg, and Qazi Gund — 2 cm each; Baderwah – 1 cm; and Himachal Pradesh and Manali — 1 cm.

This cold spell over North India has been inspired by the La Niña as usual that has spilled over into the third winter on a trot. It sets up the entire Indian subcontinent for a waft of cold air from Siberia and South China.

Occasionally, it runs into a north-south axis of a deep trough to send the cold down South into parts of Maharashtra, Karnataka, Telangana, and Andhra Pradesh.