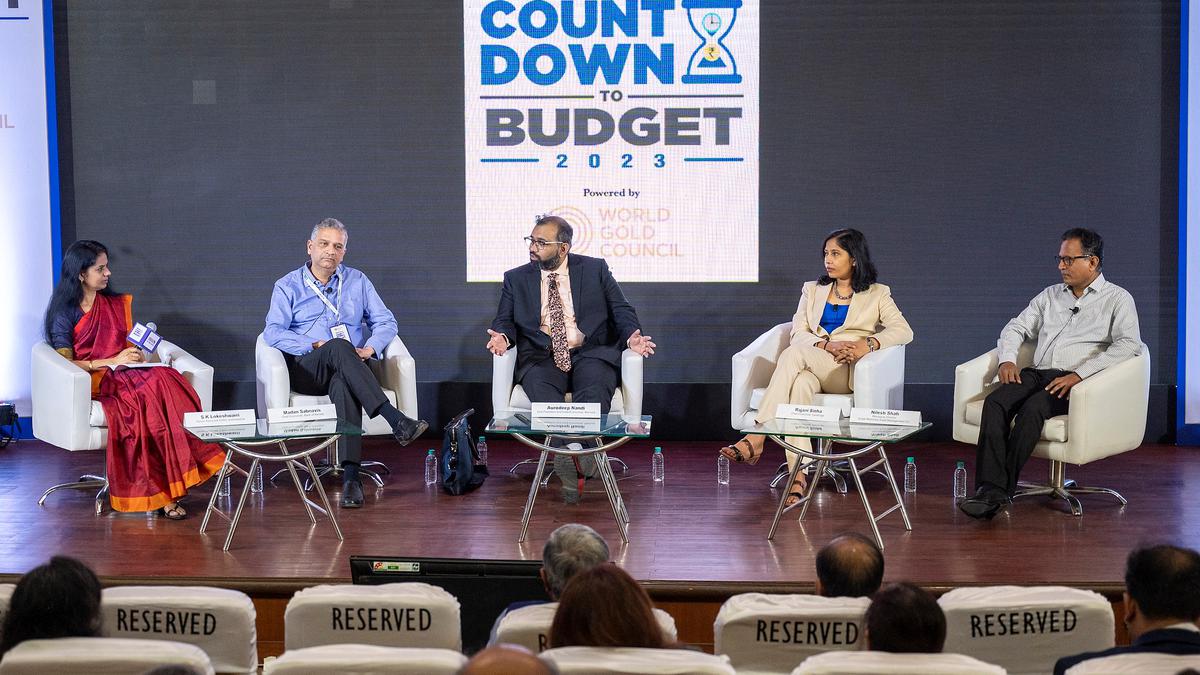 The upcoming Union Budget can catapult India into double-digit growth by tackling the current account deficit, accelerating private sector investments and spurring consumption, economists and industry experts said at businessline‘s ‘Count Down to Budget 2023’ event held in Mumbai on Friday.

“What will probably come out in this Budget is what I like to call clever populism,” said Aurodeep Nandi, Vice President and India Economist, Nomura. Government spending on subsidies is likely to come down in FY24, he said, adding that the Center needs to focus on reducing its revenue expenditure to maintain the fiscal deficit.

Madan Sabnavis, Chief Economist at Bank of Baroda, said he would like to see “some kind of comfort provided to the middle class, salaried earners” as it is long overdue and will help boost consumption.

The economists agreed that despite the challenges such as lower nominal growth and recession in the global economy, fiscal deficit target for FY24 could be pegged between 5.8 and 5.9 per cent of GDP.

There was also a consensus that there should be no tax increases, rather higher revenue should be garnered through tax buoyancy. The panelists pegged the borrowing program for FY24 at ₹11-17-lakh crore.

India should target double-digit GDP growth with a multi-pronged strategy, including reducing the 42 per cent taxes on individuals, amplifying investments, focusing on employment and skilling, said Niranjan Hiranandani, co-founder and Managing Director of Hiranandani Group. “The opportunity in 2023 is fantastic for India. Its leadership, GDP growth, employment direction, all the other aspects of it, I think look very positive. India has been able to balance both the ideas geopolitically as well as in the economy,” he said while delivering the keynote address.

Speaking about reviving private sector investments, Vivek Bhatia, Managing Director and CEO, thyssenkrupp Industries India, said the Budget should focus on ease of setting up manufacturing plants, bringing down the cost of operations while focusing on upskilling.

Raj Balakrishnan, Managing Director and Co-Head Investment Banking, BofA, said most of the bank’s clients are not seeing any slowdown whatsoever and thanks to geopolitical turbulence, India has the opportunity to break the 6-7 per cent growth levels.

Instead of complex tax rate structure currently prevalent, he advocated a uniform tax rate of 18 per cent across the board.

The event was presented by Bank of Baroda Credit Cards and powered by the World Gold Council along with Banking Partner, SBI, while the Venue Partner was NSE.