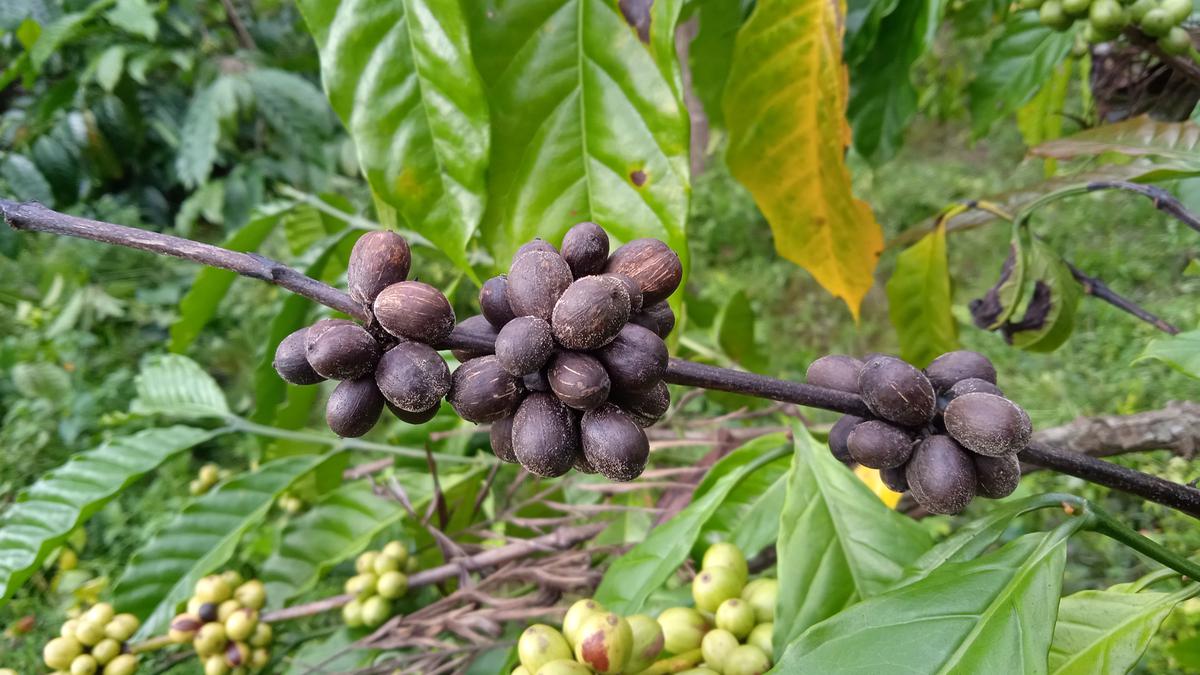 The ongoing coffee harvest has suffered a setback as heavy unseasonal rains on Monday have impacted the picking and drying of beans in Karnataka, which accounts for over two thirds of the country’s production. Rainfall on Monday ranged between 1-3.5 inches across key producing districts of Chikmagalur, Kodagu and Hassan, hurting crop prospects.

“This unseasonal rain is not good at all as only about 30-40 per cent of the robusta crop is harvested in many places. It has rained heavily on the crop and the robusta planters are under pressure to quickly harvest the fruits in 3-4 days amidst the continued labor shortage. If not done, it just starts going to the ground,” said Mahesh Shashidhar, Chairman, Karnataka Planters Association. He further said that it is too early to quantify the losses due to the latest spell of unseasonal rains.

Further, Shashidhar said in coffee areas which have received substantial rains of over 1 inch, the buds will start blossoming over the next few days.

“The minute the blossoms are out, you cannot hold on with the harvest as it would affect the next crop. It is a double whammy,” he said. Also the early blossom would lead to higher costs as farmers will be forced to take up irrigation, he said.

Trade sources say the extension of concessional customs duty on imported edible oils till March 31 is seen weighing on the coconut oils and copra prices.

“These rains are early by at least 30 days,” said Bose Mandanna, a large grower in Suntikoppa, where it rained over 2.25 inches on Monday. The Arabica harvesting is not yet over, while the robusta harvest has just started. The unseasonal rains have lead to arabica crop loss of at least 20 per cent, which was there till October-November, he said. Rains during harvest lead to fruit splitting, which dry and fall off, besides leading to partial blossom in plants where the buds are ready, affecting the 2023-24 crop prospects.

“We expect the Arabic output to be lower by at least 20 per cent, while the robusta output may range between 1.6-1.65 lakh tonnes,” Shashidhar said.