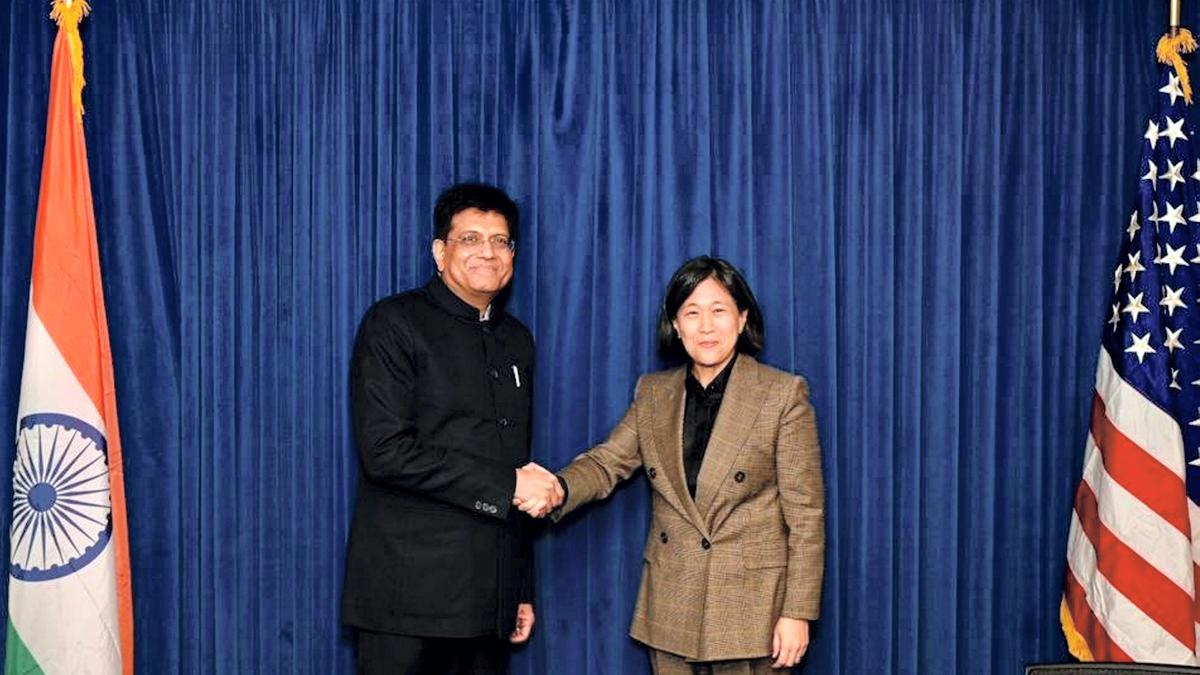 The US has said that India’s demand for restoration of beneficiary status under the Generalised System of Preferences (GSP) programme, which allows duty-free market access to a number of identified products, could be considered but would be based on the eligibility criteria determined by the US Congress.

At the US-India Trade Policy Forum (TPF) meeting chaired by Commerce and Industry Minister Piyush Goyal and US Trade Representative Katherine Tai on Wednesday, both leaders welcomed the finalisation of the design for Turtle Excluder Device (TED) to minimize the impact of fishing on sea-turtle population and restore market access for India’s export of wild caught shrimp, according to a joint statement issued after the meet.

Both sides also acknowledged ongoing discussions on a social security totalisation agreement and decided to intensify the work to achieve early outcomes.

Goyal, during his visit to New York and Washington DC on January 9-11, also held bilateral meetings with Tai and US Commerce Secretary Gina Raimondo and interacted with top US businesses as well as the Indian community.

To enhance trade in professional services, the ministers encouraged their regulatory bodies to engage in discussions on exchange of knowledge, capacity building, and recognition of qualifications. They discussed greater cooperation in the fintech sector and the potential of digital health, particularly telemedicine services as an element in continuity of care during health emergencies, the joint statement added.

New Delhi has been trying to convince Washington to restore GSP benefits for its exporters after the Trump regime withdrew it in 2019, affecting exports of goods worth around $6.3 billion to the US in sectors such as textiles, auto components, agriculture and pharmaceuticals.

However, while India placed on record its request for restoring GSP, its withdrawal had not been to the detriment of growing Indo-US trade ties, Goyal said at a press conference in Washington DC on Wednesday.

The ministers launched a new working group on ‘resilient trade’ to deepen bilateral dialogue on a range of issues that can enhance the sustainability of trade relationship including trade facilitation, benefiting workers and promoting sustainable and inclusive growth, and common sustainability challenges including mobilization of sustainable finance, scaling up of innovative clean technologies, circular economy approaches and promotion of sustainable lifestyle choices, the statement added.

Both ministers also o He looked forward to working together to strengthen resilience in global supply chains, in coordination and cooperation with “our trusted partners” through the new working group.

The finalization of design for TED is a significant development for India as its successful trials in the country may lead to restoration of Indian exports of wild shrimp, which was banned by the US in 2018, leading to a 10-20 per cent drop in revenue. of shrimp exporters, by industry estimates.

Goyal said he was hopeful that the trials of the TED device in India would be completed over the next few months.

Ongoing discussions on a social security totalisation agreement are also important as India’s demand has been pending for years. Such a pact will exempt short-term Indian workers in the US from contributing to social security in the country. Washington had earlier delayed consent on the ground that India does not have a universal social security program comparable to the US.