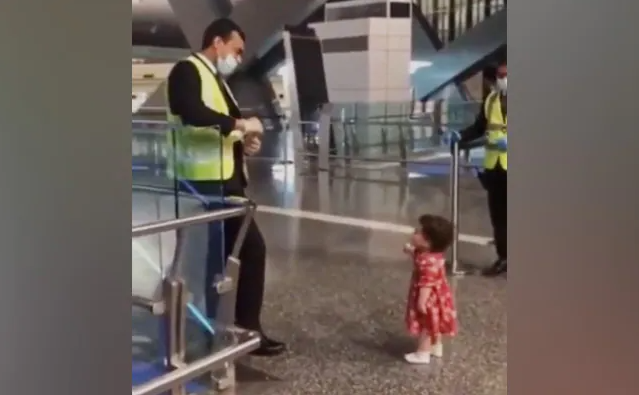 A video of a little girl asking for permission from airport officials to see and hug her aunt has gone viral, making the rounds on social media for all the right reasons. In the viral 17-second clip, a toddler is wearing a red dress with white spots as she signals with her hand that she wants to see her aunt. The officer seen in the video nodded his approval and the little girl rushed towards her aunt while she (her aunt) also rushes towards her and picks her up in her arms.

In the video shared by a Twitter user, it was written, “She asked the officer for permission to say goodbye to her aunt at the airport.” Check out the clip here.

She asked the officer’s permission to say goodbye to her aunt at the airport. pic.twitter.com/bcsb9rnxt6

As the Internet drools over the video, the clip has so far garnered 734.4 thousand views, followed by 21.3 thousand retweets and 1,818 quoted tweets. In response to this video, “Wow, cool,” some Twitter users also wrote, “The most beautiful thing I’ve seen today.” Bonding between an aunt and nieces/nephews is always beautiful.” While some loved the aunt and niece bond, others wrote, “My belief in cuteness was restored after watching this video. Smiling face with smiling eyes” and “Today’s Potion of Happiness”.