We must fight the demonic campaigns of BJP and RSS ideologically: Sonia Gandhi urges Congress workers 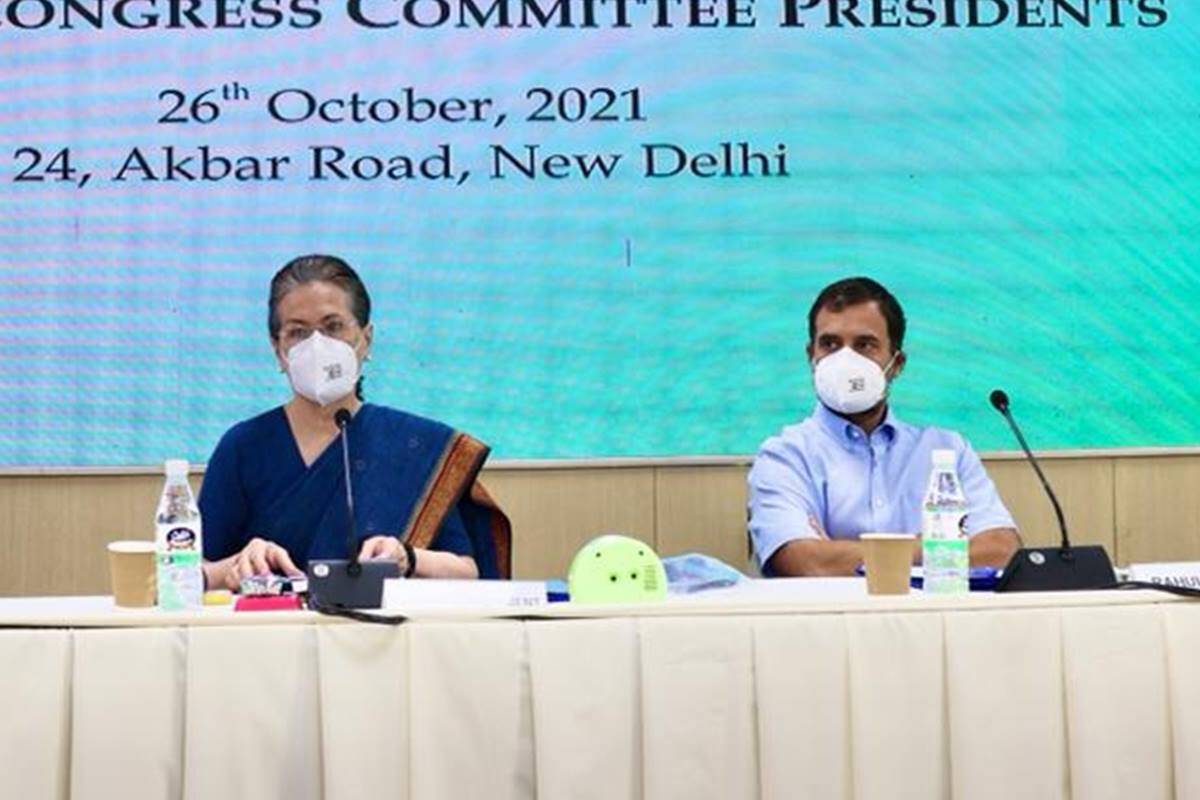 Sonia Gandhi also asked party leaders to train workers to counter the continuing onslaught of malicious disinformation campaigns at the behest of the BJP and RSS.

Congress President Sonia Gandhi today sent a stern message to party workers ahead of the upcoming elections in five states. Sonia Gandhi made the remarks while chairing a meeting of senior party leaders to develop a strategy for assembly elections in five states early next year. She said strengthening organizations should be everyone’s top priority.

“I would like to reiterate the urgent need for discipline and unity. What should concern each of us is the strengthening of the organization. This must go beyond personal ambitions. In this lies collective and individual success,” said the Congress president.

Her remarks can be seen in reference to the opposition expressed by the G-23 leaders and the internal disagreements emerging within the party in Punjab, Chhattisgarh and Karnataka. Former party chief Rahul Gandhi also attended the meeting of party general secretaries, officials and chairpersons of the Pradesh Congress at AICC headquarters here.

Sonia Gandhi also noted that the party’s message does not reach the grassroots as there is a lack of clarity.

AICC releases important and detailed statements almost every day on issues facing the nation. But my experience is that they do not transfer to our grassroots cadres at the district and district level. She said there are political issues in which I find a lack of clarity and coherence, even among leaders at the state level.

“We must redouble our fight for those who are the victims of this government’s worst excesses: our farmers and farm workers, our young people fighting for jobs and opportunity, our small and medium businesses, our brothers and sisters with a special focus on the disadvantaged,” she said.

Sonia Gandhi also asked the party leaders to train the workers to counter the onslaught of malicious disinformation campaigns ordered by the BJP and RSS. She urged party workers to struggle to expose the lies of the BJP/RSS.

We must ideologically combat the demonic campaigns of the BJP/RSS. We must do so with conviction and expose their lies to the people if we are to win this battle.

She also said the nationwide congressional enrollment program will begin on November 1 and will run through March 31 next year.