What I Learned From IRCTC’s Amazing Journey 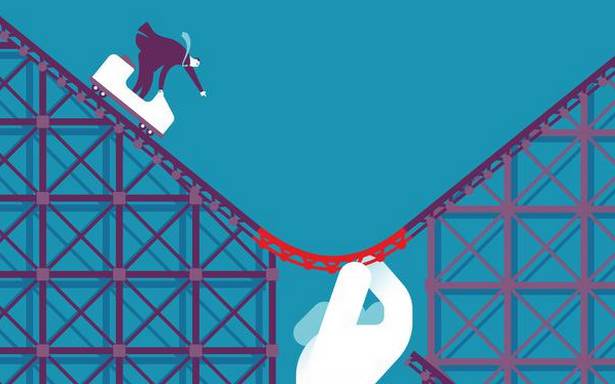 Stocks of public sector companies (PSUs) in India are generally considered boring bets for investors, since they operate in the old economy business, rarely make exciting corporate moves such as new business forays, acquisitions or mergers, and faithfully maintain a high dividend yield by making payouts. At the request of the promoter.

But Indian Railway Catering and Tourism Corporation (IRCTC), the proprietary ticketing arm of Indian Railways, has behaved quite unlike PSU since its IPO in October 2019. With the offer being offered at a discounted price of €320, participation in the listing more than doubled. It quadrupled in fifteen months, expanding to $1,400 by January 2021.

He had good reason to do so. Although two waves of Covid hit IRCTC’s FY21 revenue and earnings to a third of FY20 levels, IRCTC has continued to cultivate new revenue streams during the pandemic.

It has discontinued hotel, bus and airline ticket booking services, launched domestic and international tour packages, launched its own payment gateway, and expanded its co-branded credit card and insurance business, while bidding for special train routes laid out by the railways. It has also taken the first steps towards monetizing its massive user base of Rs 6 crore through cross-selling and advertising.

This helped the investor community forget its pathological aversion to PSUs, to imagine a rosy future for IRCTC. The stock price soared to triple digits as analysts engineered a fivefold rebound in its earnings by fiscal year 23. This was based on railroads returning to business as usual (which would bring back IRCTC revenue online, restaurants, and bottled water) and adding to its bottom line of its emerging new business. Talk about new ticket opportunities from AC 3 coaches and the pricing power that IRCTC has on convenience fees added to its revolutionary status, helping PE share price 150-200 times in mid-2021, drive astounding heights of more than 320 times by October 2021, making It led to amusing confrontations on Twitter between IRCTC fans and haters.

And a sharp setback

But if in this case the private promoters have done everything to keep the pink narrative going, then the promoter of the PSUs – the Indian government – is working in mysterious ways. An exchange notice by IRCTC after-market hours on October 28 nicely hinted that the Ministry of Railways ‘decided’ to share 50 per cent of IRCTC’s convenience fee from November, causing a nasty surprise to its fans.

Although internet tickets brought in only 27 per cent of their revenue in FY 2020, and their participation would deprive them of Rs 150-300 crore a year in amenity fee (depending on one’s forecast for FY 23/24), issuing tickets is a margin generator IRCTC’s principal accounts for more than three-quarters of its profits. Much of the bullish narrative around the company’s expanded earnings pool has also been built around the ticket business.

So the submission prompted sell-side analysts to burn midnight oil to review their Excel models. IRCTC found overnight that fiscal year 23/24 earnings expectations were down 25-30 percent, with a sharp drop in the PE rating expected.

Friday’s share price action did not disappoint the bears, as the stock lost 25 per cent soon after opening at a post-retail price of €639, wiping out nearly 20,000 crore in market value. Although this led to some screeching about the folly of the government in giving away Rs 13,000 crore of market wealth (it owns 67 per cent) to earn Rs 150 to 300 crore in revenue, the negotiations before noon between the company and the railway board seemed to yield results. By 11 am, commercial channels were broadcasting “breaking news” about the Ministry of Railways changing its mind, with the Secretary of DIPAM (formerly Ministry of Divestment) confirming that the Ministry of Railways had reconsidered its decision. This caused the stock to go up a very steep slope.

The IRCTC saga repeats some old knowledge about PSU stocks that makes seasoned investors so selective about it.

First, the government’s left hand may not know what the right hand is doing. Even if a center is a majority stakeholder in a listed PSU, the ministry controlling it may take unfriendly steps for shareholders that prioritize its own interests over those of shareholders.

Secondly, government monopolies, unlike private monopolies, often do not have pricing power. They operate at the mercy of their ministries, which may prioritize social or political popular interest over supporting PSU profits. The losing battle that UK CIF funded activists have with Coal India, over government interference in its pricing decisions and the inability of NMDC to make money entirely from global iron ore pools, is proof of that. IRCTC’s convenience fee and rail quota have changed a lot in the past. Prior listing, the Ministry of Railways used to share IRCTC’s convenience fee of 50:50. Right before the IPO, the center made the decision to “waive” the IRCTC fee entirely, destroying a major source of revenue and profit. The fee was later partially restored. Even in the past year, rail’s changing policies on catering contracts have raised doubts about the sustainability of IRCTC’s catering profits. So the latest fee-sharing saga should urge IRCTC fans to keep promoter risk in mind, while modeling earnings and according to attractive stock estimates.

Third, despite the center’s keenness on liquidation, ministries often demonstrate in it a lack of understanding of the concept of corporate governance that requires granting minority shareholders a fair deal after listing. Prime ministers often continue to view listed primary support units as their fiefdoms. The IRCTC saga has shown at least that DIPAM, under this government, is not asleep at the wheel and can act quickly to reverse market alienation decisions from babudom.

All this apart, the IRCTC roller coaster also emphasizes the importance of investors in good companies, and not succumbing to dramatic reactions, when responding to market events. Investors who have sold their IRCTC shares in panic at their lowest will be prepared for their decision to jump off a still-racing train.

The stock showed a build-up of buying volumes before the official announcement of the withdrawal of the engagement arrangement, and it also shows that the market (or insiders in it) often know more about the company’s actions than you might imagine. If you find a stock behaving in a way that you think is completely irrational after a news event, take the time to absorb it and gather all the information, without acting impulsively. Budget the probability that the market will be right and you may be wrong.

The IRCTC saga also shows the brutality and speed with which the market can punish high-quality (and expensive) stock, when there is a change in the bull situation you have imagined. Making the right decisions (to hold, sell or buy) during these periods of pain is an essential part of a multi-bag journey, which is why stock returns are not easily achieved.