“Where are the potions?” Public health and humanitarian voices ask G20 leaders 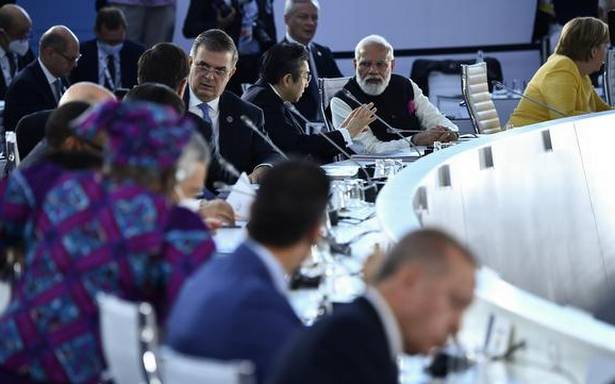 Vaccine disparities are in a prominent place with this weekend’s G-20 meeting in Rome. “Where are the doses,” senior representatives of United Nations agencies and humanitarian organizations asked these wealthy G20 heads of state, urging them to fulfill their commitments from the G7 meeting, months ago.

“For every 100 people in high-income countries, 133 doses of the Covid-19 vaccine were given, while in low-income countries, only 4 doses were given per 100 people,” said an open letter from WHO chief Tedros Adhanom Ghebreyesus. Filippo Grandi, the UN High Commissioner for Refugees, and Antonio Vitorino, the head of the International Organization for Migration (IOM), have called for vaccines to be made available to migrants, refugees and other displaced people.

Speaking on behalf of the millions struggling to survive the pandemic far from home, they said: “Some have been forced to flee wars, conflicts, persecution and human rights abuses. Others are on their way to escape social and economic hardship or the consequences of climate change.”

The message also comes ahead of next week’s COP26 (Conference of the Parties) meeting in Glasgow (Scotland), where climate is the agenda.

Another open letter, also addressed to G20 leaders, stated that when the world’s richest countries met at the G7 summit in June, they collectively announced one billion doses of Covid-19 vaccines for low- and middle-income countries. The letter adds that drug companies have almost reciprocated.

However, many countries still lack adequate vaccines for health workers, the letter said, adding. , has left the world asking, “Where are the potions?”

The letter noted that of the approximately seven billion doses administered globally, only 3 percent of people in low-income countries have received a jab so far. The WHO-backed COVAX, which is designed to help global access to Covid vaccines, has promised 1.3 billion doses to low-income countries, “yet it has only been able to ship 150 million – 11.5 per cent – so far. Where’s the rest?”

Without clicking on the words, the letter said, “These are generic vaccines. Many of the people you represent have paid to research and develop these vaccines.” The global goal is to vaccinate 40 percent of all countries by the end of 2021 and 70 percent by the middle of next year. “Decisions made at the end of this week may lead to or break these goals,” the letter said.

The letter called for technology sharing and support for the waiver of intellectual property during the pandemic – a proposal made by India and South Africa at the World Trade Organization, last October. The second message was from the head of the World Health Organization, Harry and Meghan of the United Kingdom, along with the heads of organizations including Save the Children International, GAVI and UNAIDS.