Will the US dollar continue its sideways consolidation? 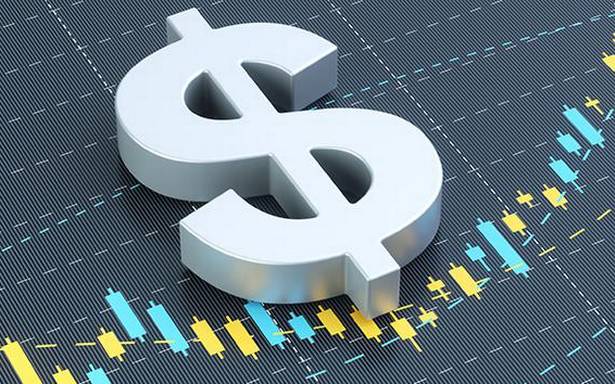 The US Dollar Index has been stuck between 95.50 and 97 for the past four weeks. Within the range, the index has remained choppy in the past week by fluctuating both up and down. The outcome of the long-awaited US Federal Reserve meeting last week had little impact on the dollar. The Euro also continues to trade volatile within the expected range of 1.12-1.14.

For the coming week, the release of US Personal Consumption Spending (PCE) data on Thursday will be the most important to watch. The strength of PCE will have a positive effect on the US dollar and Treasury yields.

The work of central banks

The US Federal Reserve kept interest rates unchanged last week. However, as expected, the central bank announced a gradual increase in the pace of stimulus. Accordingly, the Federal Reserve will reduce asset purchases by $30 billion from January. At this rate, the central bank will end the asset purchase process by March – much earlier than June as expected earlier. In addition, the Fed’s dot chart also indicated chances of three rate hikes in 2022 itself. That’s higher than a single price hike given the September forecast.

After the US Federal Reserve, the European Central Bank (ECB) announced last Thursday that it will lower the pace of the Pandemic Emergency Purchase Program (PEPP) in the first quarter of next year and expire by March 2022.

In the UK, the Bank of England raised interest rates by 0.15 percentage point from 0.1 per cent to 0.25 per cent last week. The British pound rose to a high of 1.3374 against the US dollar after the central bank’s decision. However, the currency fell sharply on Friday, giving up almost all of its gains to close the week at 1.3224.

Dollar Index: Could the Range Break?

The offer on the dollar index (96.67) remained the same. The broad range 95.50-97 is likely to remain intact for some time. The upside bias continues to see a break above 97 and we see a rise to 97.50 and eventually 98. The 98 level is a critical resistance, which you will need to watch closely. The inability to break through 98 could drag the dollar index to 96-95 again. But a strong break above 98 would be very bullish and may open the door for the dollar index to test 100 levels as we approach the new year 2022. Strong support for the index is at 95-94.80. Expectations will turn to the downside to see 94 and lower levels unless the dollar index breaks below 94.80.

Euro: ranged with a bearish slope

Euro (1.1238) is swinging within the expected wide range of 1.12-1.14. Within this range, the coin is struggling to see a sustained breakout above 1.1350 over the past three weeks. This reduces the chances of seeing an extended rally to 1.1450-1.15 that we mentioned last week. It also keeps the broader bearish bias to see a bearish breakout of this range below 1.12 eventually. Such a breach could drag the Euro to 1.10 and even lower in the coming weeks.

The 10-year US Treasury yield (1.41 percent) failed to extend the rally and fell sharply last week. A break below 1.4 percent could pull the yield back to 1.3 percent. The 1.3 per cent level is a critical support. If 10Yr can bounce back from there, a rise to 1.5 per cent can be seen in the coming weeks. It would also keep the 10-year Treasury yield in the broad range of 1.3-1.65 percent for some time. In the event that the yield falls below 1.3 per cent, it could fall to 1.2 per cent, in the future. As such, price action around 1.3 percent will need to be watched closely in the coming days.

The Indian rupee (76.09) continued its decline for the fourth consecutive week. The local currency retreated, broke below the 76 major support level and hit a low of 76.31 last week.

However, it managed to recover from the low to close the week at 76.09, down 0.42 percent. The rupee has fallen 2.4 percent against the dollar in the past four weeks. The currency managed to rise slightly in the offshore sector and closed at 75.97.

There is room for the rupee to recover further towards 75.75. But a rally after 75.75 could prove difficult given the broader dollar bullishness. As such, the rupee is likely to reverse lower again and drop below 76 to return to the 76.25-76.30 levels in the coming weeks. In general, 75.75-76.30 could be the trading range for the next three weeks. From the medium term picture, the outlook for the rupee is bearish. We are likely to see the drop to 78 in 2022.