You don’t want Dadagiri from the outside; Modi will be more powerful because Congress is not serious about politics: Mamata Banerjee in Goa 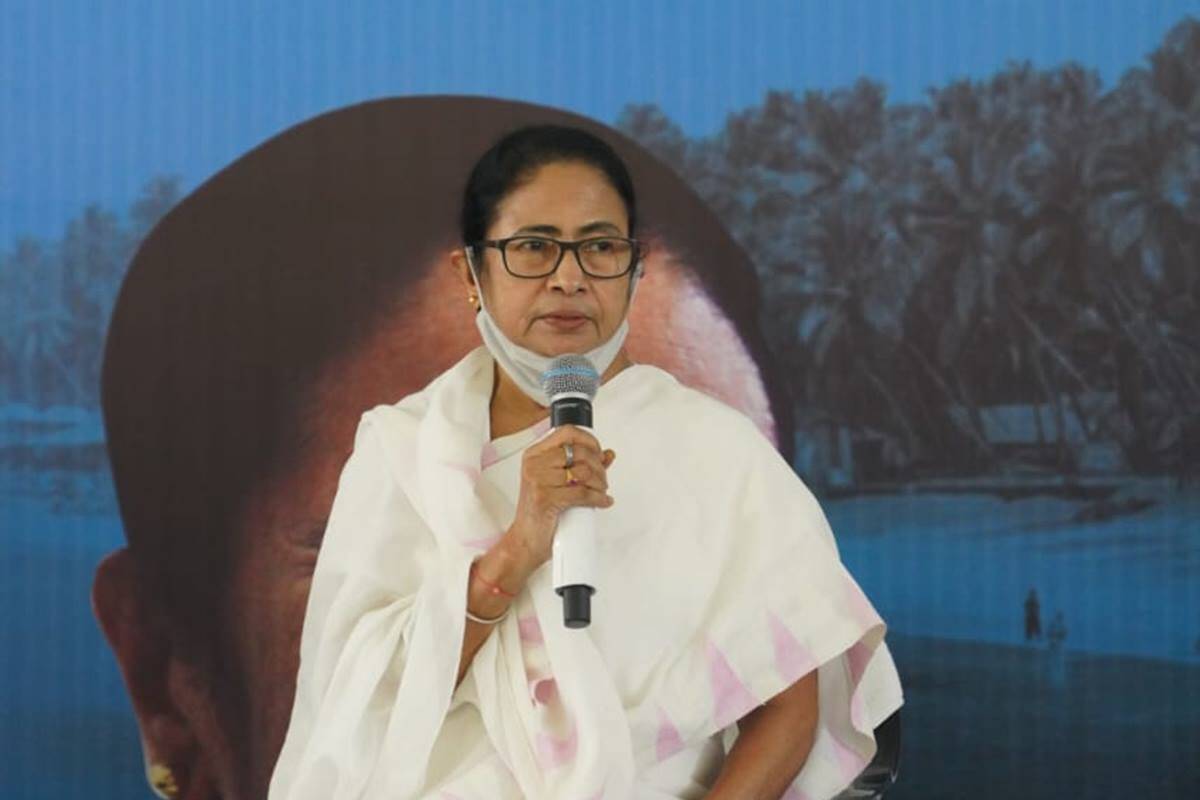 Banerjee said the TMC believes in distributing seats to regional parties in the elections.

Chief Minister of West Bengal and Trinamool Congress Chairman Mamata Banerjee, who is in Goa to promote the party, today met with Goa Forward Chairman Vijay Sardisai to bring like-minded parties together against the BJP. Banerjee said she wants the district’s parties and the federal structure to be strong. The Chief Minister of West Bengal has said that she does not want to split the votes during the elections. “We (Sardesai and she) discussed, we should walk together to fight against BJP. So it is up to them to decide. We want to avoid splitting votes. So, I want regional parties to come together to fight against BJP,” Banerjee said.

She also said that Dadagiri should be stopped in Delhi. We must make the states strong, if the states are strong, the center will be strong. Delhi ka dadagiri amka naka (we don’t want Delhi bullying),” Mamata Banerjee said while addressing the media.

Banerjee also said Narendra Modi will become more powerful because the Congress party is not serious about politics. She also accused Congress of not making decisions that left the country suffering.

When asked what decisions she thought Congress should make, she said, “I will not debate Congress because this is not my party. I founded my regional party and without any support from anyone, we formed a government three times.”

She said the Congress had a chance in the past but instead of fighting against the BJP, the big old party competed against her in Bengal. “Don’t you think when they quarreled against me, when they competed with my political party in Bengal?” She said.

Banerjee said the TMC believes in distributing seats to regional parties in the elections. The Transitional Military Council has announced that it will compete for all 40 seats in the upcoming Goa elections.

Addressing the media on the last day of her three-day visit to Goa, Banerjee said, “Inflation is high. Prices of LPG, diesel and petrol have gone up. Businesses have been affected due to GST, exports are down but the BJP is not serious about solving these problems. They said They are going to bring ‘Ashi al-Din’, but they are destroying this country.”

After meeting Banerjee, Goa Forward Chairman Vijay Sardesai said, “Mamata Banerjee is a symbol of regional pride, and we are also a regional party. We welcome her recent statement that like-minded parties should come together to fight the BJP. I met her today and we will discuss That’s at our party.”

Council elections will be held in Goa early next year.