“Any presents, birthday cards, train tickets, they’re all hard for me to throw away”, The Diary of a Hoarder In Their 20s. 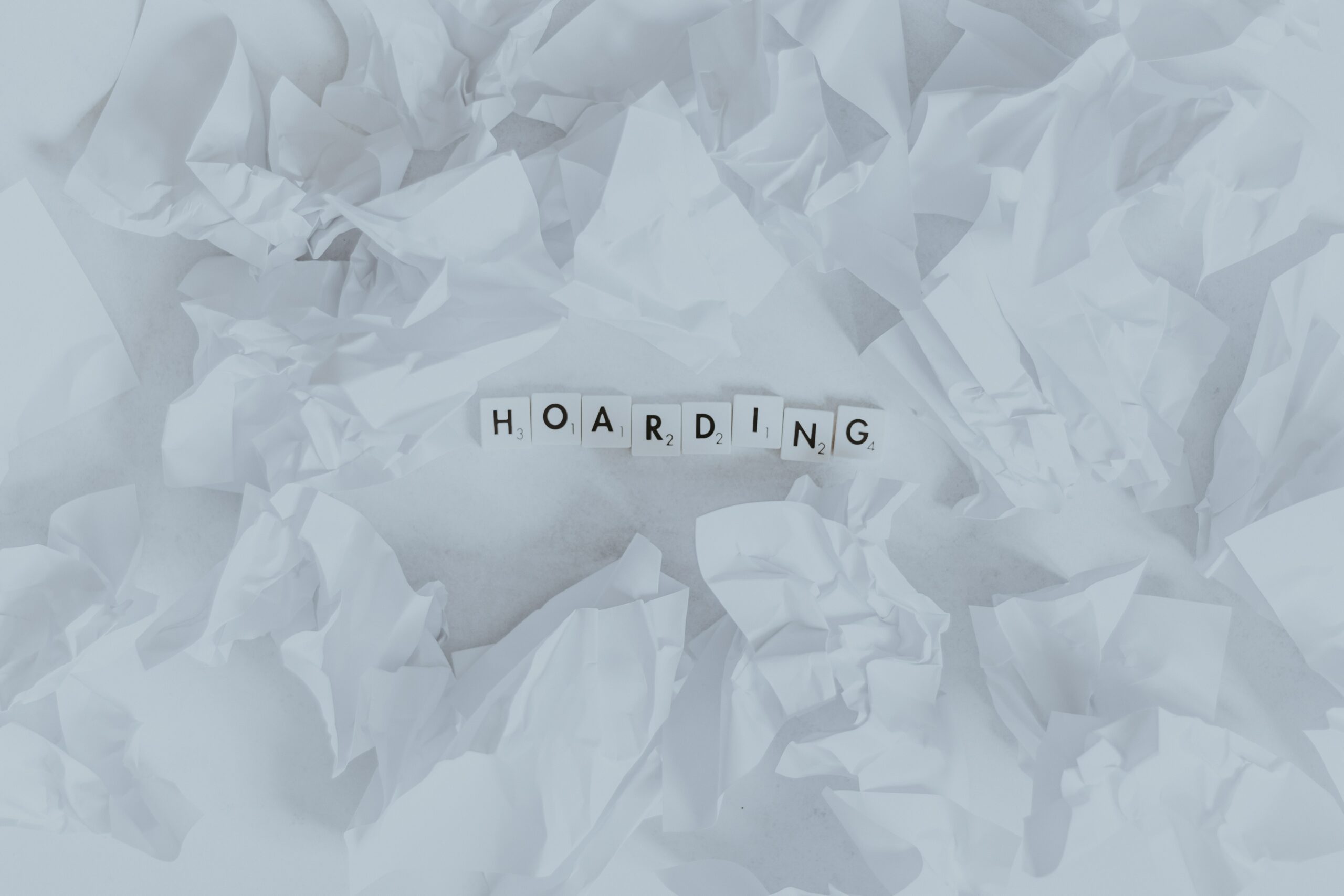 I tend to be a bit more careful about buying something with cute packaging because I know I’ll refuse to throw it out, even if it’s just a cardboard box. If it’s cute I’ll feel the need to keep it – I have to make sure I’ll use what I’m buying too

Hoarding is characterised by the NHS as “a disorder in which someone acquires an excessive number of items and stores them in a chaotic manner, usually resulting in unmanageable amounts of clutter.” The items can be of little or no monetary value.” It can take over an individual’s life in a gradual manner or spiral more suddenly after a traumatic event that causes mental health problems such as depression or OCD to intensify.

The impacts of hoarding are far-reaching, in some cases causing sufferers to avoid letting friends and family into their home because of feelings of shame, or in more extreme cases creating an impact on an individual’s personal hygiene if they can no longer access arrears of their house such as the bathroom.

It’s clear that whilst hoarding may reach its peak for those in older age brackets, the first onset of symptoms is likely to be present far earlier in an individual’s life.

But whilst hoarding is more commonly associated with the older generation- it is said to be three times more common in older adults (ages 55-94 years) compared to younger adults (ages 34–44 years)- research conducted in 2016 found that the median age of onset for symptoms was between 10 and 20 years, and the median age of onset for possible hoarding disorder diagnosis was between 20 and 30 years. It’s clear that whilst hoarding may reach its peak for those in older age brackets, the first onset of symptoms is likely to be present far earlier in an individual’s life.

“It’s actually only been recently in the past few years I realised it’s a problem, I made a lot of excuses as to why I couldn’t let go of things but I noticed that is just my denial,” says 23-year-old Jay who struggles with letting go of both sentimental and more mundane items.

I don’t have any reason not to but I always find some reason to keep everything, even down to all my old apple product boxes or bath bombs from 2016

“When I was growing up and finally grew out of my child seat in the car I refused to let it get thrown away until my grandparents had no choice but to make an excuse about how it got “thrown away by mistake”, I sat in a cupboard and cried for hours, when my grandfather got new head-rests for the car I refused to get in the car. Getting rid of things in my life has always been hard for me because it signifies change, and I might need it one day. The idea of ​​similarity goes as far as I need to listen to certain playlists and albums on certain bus/train routes, sit in the same seats, etc or everything feels off and weird. I even changed a hotel room round to make it the same design as it was the year before (at the big age of 17)”

Jay also has an autism diagnosis and believes many of their hoarding-related symptoms derive from this.

“I think it’s a big part of it, I can’t mentally deal with change and I get attached to the weirdest items as if they’re part of my life and without them, I won’t be the same person even if it’s just a box, an old unused bath bomb or unlit candle from 2015.

If I throw cards or presents away I feel like I’m throwing a person away, like their generosity and money means nothing to me. Jay

“Any presents, birthday cards, train tickets, they’re all hard for me to throw away – they all have memories attached to them, and I like to look at them, dates (if they’re train tickets) and think about how that ticket was what got me to a place that day, and if I throw it away what do I have from that day? If I throw cards or presents away I feel like I’m throwing a person away, like their generosity and money means nothing to me. I still have train tickets from 2016 – it feels like if I haven’t got them anymore then that day never happened. I have bath bombs from 2016 I won’t throw away as I spent money on them, and I want my money’s worth even though I know I’ll never actually use them, they’re not in the bin so I’ve still got what I spent money on. Apple boxes are another one, I feel like they’re too good quality to throw away and I like to look at them and think about all the products I’ve had and gone through over the years. I have a colour-correcting cream palette from 2016 I never used but I refuse to throw it away because it has my dog’s fur stuck in it and she passed away in 2019.”

Hoarding can have a significant emotional impact on the individual suffering, triggering feelings of shame, in part because of the social stigma that is still associated with hoarding and untidiness in the home.

Nicola Rodriguezan interior designer with qualifications in Stress Management and Anxiety Disorders, works closely with those who struggle to let go of material items and maintain order in their homes, understanding the link between mental illness and one’s personal space and the huge overlap that occurs between the two.

Understanding why an individual feels the need to hoard is different with every client I work with.Nicola Rodriguez

“Understanding why an individual feels the need to hoard is different with every client I work with. A lot of the time, sentiment is a huge benefactor. This can range from wanting to keep your child’s clothing or toys, perhaps because of bereavement or just not being able to give away or get rid of these items. Another factor to consider is their upbringing. This can include growing up not having items from living in poverty, or for those who suffer with their mental health, retail therapy can commonly kick in.

“I remember one particular client I was brought in to help had an issue with underwear. As a child, she had only 2 pairs of knickers as she came from a poor family, which had resulted in her now having over 100 pairs of knickers (still many with tags on) which she just couldn’t stop buying. I worked with her over a period of a few weeks to understand her obsession and then we worked together to half what she had.”

The charity Mind advises using tactics such as setting a timer to help you tidy one area of ​​your space, or listening to a particular number of songs whilst organising to make the task feel more manageable. Making a plan to tackle working through hoarded items, ideally with the support of those near to you, is another way to make this task feel more achievable, perhaps by scheduling a specific amount of time per week to clean, or implementing rules such as trying to sort through items that haven’t been used in the past 6 months, 1 year or more to see if you can part with them.

It can be a huge step to recognise you may have difficulties with hoarding, and something you should feel proud of even at the beginning of your journey.

Although there is no one size fits all approach to helping those who struggle with hoarding, CBT (Cognitive Behavioral Therapy) is sometimes suggested as a means with which to help those with hoarding tendencies which can often overlap with OCD. If you believe you are struggling with hoarding, speak to your GP who might refer you to a psychiatrist or other mental health professional as part of an assessment to learn more about your experience. It can be a huge step to recognise you may have difficulties with hoarding, and something you should feel proud of even at the beginning of your journey. The support of those around you can be invaluable, and Mind offers some great advice on how to open up to friends and family about a mental health problem to receive the support you deserve.

Support for those struggling with hoarding

Support for family and friends of a hoarder