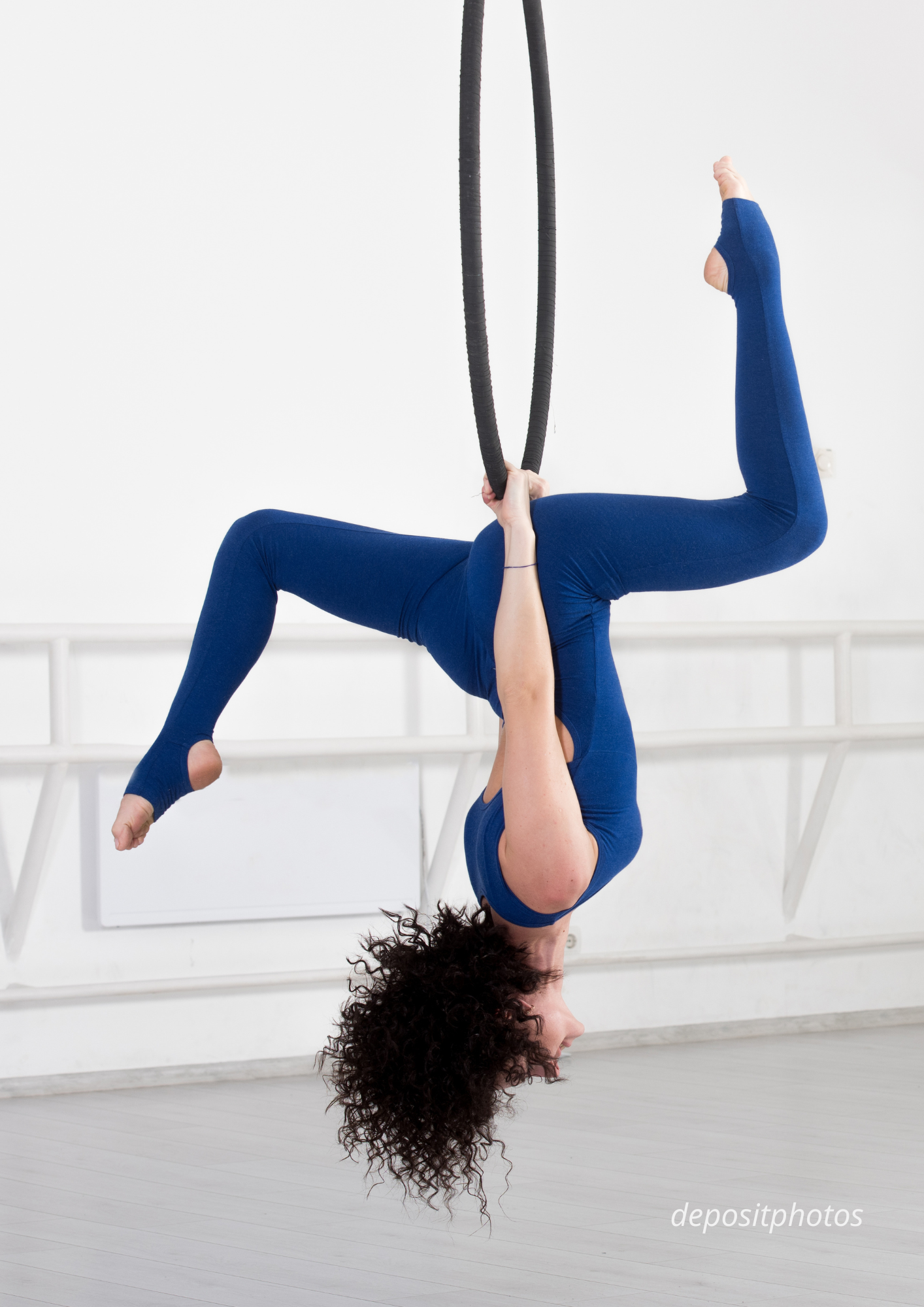 I don’t think I’ve even thought about starting a new hobby in about eight years. I feel like after a certain age we figure out the things we like, we find our routines, and we stick to our circles, and there usually isn’t any room for dramatic new hobbies or exciting obsessions, or at least we don’t think there is…

In my head, I had already written off the 60 quid that I had paid and had already excused myself mentally from doing it. Nelly London

A couple of months ago I signed up to an aerial hoop class on a complete whim. I just happened to stumble across a really affordable course that was about 15 minutes from home. It felt like a relatively small commitment so I just signed up not thinking too much else about it. Then obviously the day came and I realised how terrified I was to actually go through with this thing that I had agreed to do. In my head, I had already written off the 60 quid that I had paid and had already excused myself mentally from doing it. But by some miracle I actually followed through with it. I read the info sheet I was emailed about 28 times, checked the location 14 times on google maps, planned exactly where I was going to park, and practised saying ‘hello’ to people I had never met before the whole drive there. I know it might not sound like a lot to many, but for me this was actually pretty momentous. I had to challenge my anxious thoughts with such vengeance that I nearly didn’t didn’t get past them, but I did it anyway and am so thankful I did.

I don’t know exactly what it was that I was so scared of, but I know it wasn’t the activity itself, which is weird because it’s actually pretty difficult hanging upside down from a height with no safety equipment and with no previous experience , but my brain somehow skipped all that and went straight to the social interaction side of the experience.

I got to know some of the gorgeous girlies pretty quickly as we were all bonded by pure fear of this metal hoop that stood about 22 feet off the ground.Nelly London

I turned up to the community hall where everyone seemed to be nervously loiting before our class was due to start, and it was just as painfully awkward as I knew it would be. We were let in after a few minutes of what felt like unbearable small talk and from then on it was literally the easiest hour of my life. Well, easy from an anxiety point of view, I got to know some of the gorgeous girlies pretty quickly as we were all bonded by pure fear of this metal hoop that stood about 22 feet off the ground (I’m exaggerating, it was about 3), physically it was one of the biggest challenges I’ve ever faced. I’m a pretty fit gal, I train at least 4 times a week, I do a lot of strength work and I take my cardio seriously (weird I know) but dragging your whole body weight on top of a swing object with zero support – f**k me that was painful.

I don’t find meeting new people easy, I never have, which is part of the reason I’m so glad I really forced myself to turn up for this. I’ve been going back to the classes for about two months now and I’m not lying when I say it’s my favorite part of the week. Not just because it turns out I love aerial skills (who would’ve thought it) but because it’s so lovely to see people who are all there for the same reason as you – to learn something new. Don’t get me wrong, I don’t think I’ve found any soul ties, but I have met some genuinely lovely and supportive people who have really demonstrated that we all feel the exact same anxieties.

If you’ve had something that you’ve been wanting to try for ages, my advice would be to just do it. Seriously, just sign up, pay the deposit, put your name on the list, whatever it is, just go for it.

It’s easy to catastrophise and think about the worst case scenario when it comes to social anxiety. What if I’m the odd number and get stuck without a partner, what if people already know each other and I get left out, what if I bend over and my leggings burst open and I am humiliated for the rest of my life?! I know how easy it is to spiral. But remember, our worst thoughts are not our realities, and those things are not likely to happen. And you know what, if they did happen you would cope with them, just how you cope with everything else.

Good luck at your new gym class, or on your new sports team, or in your new open water swimming club, or at that life drawing class, or at hot yoga, or at the comedy club open mic night. You’re gonna smash it!