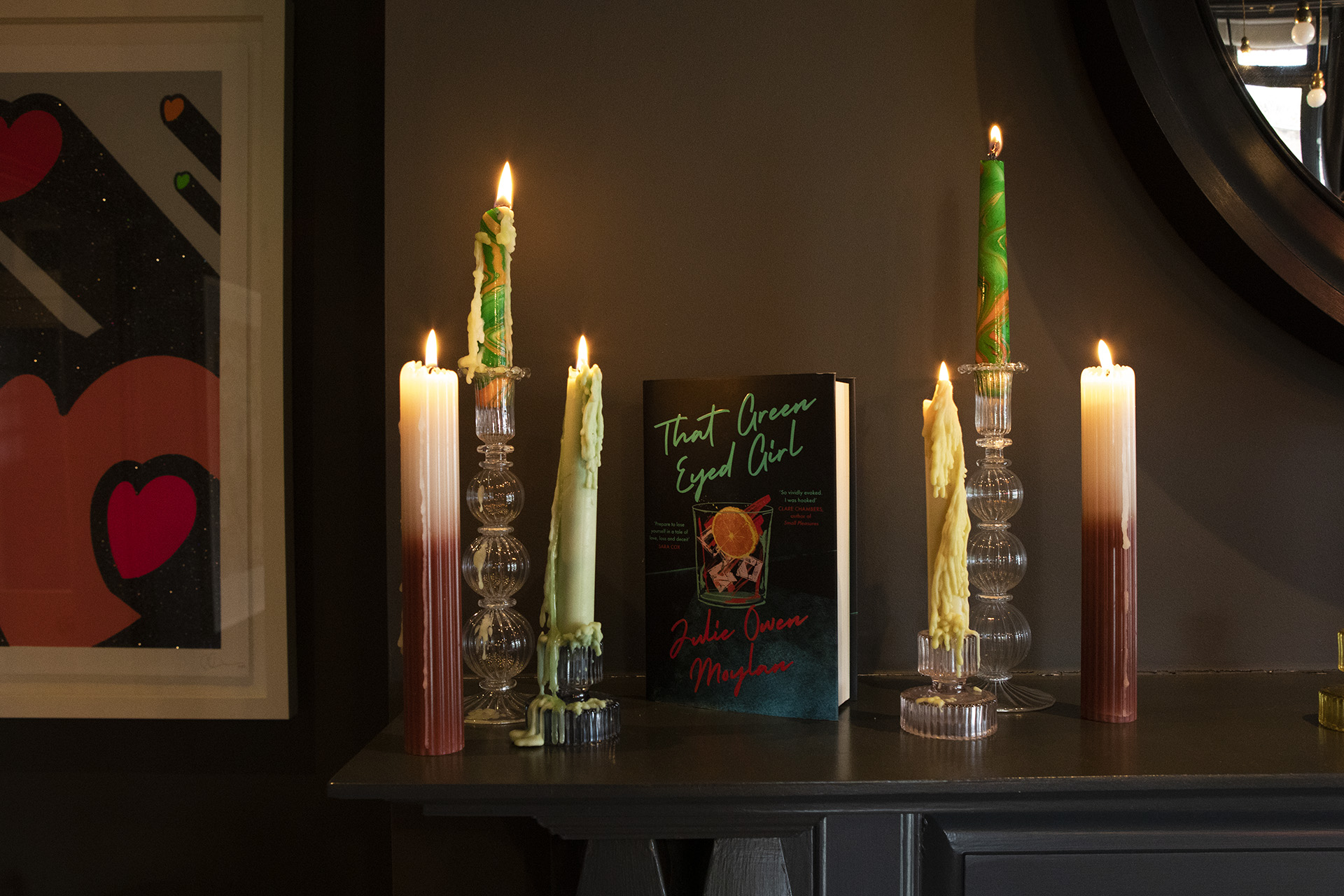 Prepare to lose yourself in the jazz era of 1950s New York in this evocative page-turner.

Gripping from the opening sentence, That Green Eyed Girl is both a deeply immersive thriller and a tragic queer love story, centerd around a cast of deftly drawn, bold and complicated women.

1955: In a cramped apartment on the Lower East Side, school teachers Dovie and Gillian live as lodges, unable to reveal the truth about their relationship. They guard their private lives fiercely – until someone guesses their secret.

1975: Twenty years on, in the same apartment, Ava Winters is desperately trying to conceal her mother’s fragile mental state from the critical eyes of their neighbors. But, one sweltering July morning, Ava’s mother escapes.

Alone after her mother’s departure, Ava takes delivery of a parcel. The box is addressed only to ‘Apartment 3B’, and contains a photograph of a woman with the word ‘LIAR’ scrawled across her face.

Seeking refuge from her own crisis, Ava determines to track the owner of the photograph down. And, in so doing, discovers a shocking chain of kindnesses, lies and betrayals – with one woman at the center of it all…

If you’re in the mood for an all-consuming read, look no further than our October book club pick. Keep reading for the team’s low-down on Julie Owen Moylan’s dazzling debut!

The author deftly handles the heartbreaking themes of queer love during a time when homosexuality was a criminal offense, mental health and prejudice, documenting the half-lives society forced the characters to lead.Lareese

Julie Owen Moylan’s poignant debut is going right to the top of my list of fave reads of ’22. I loved the dual timeline and found myself equally invested in both eras (a rarity with dual timelines, as I often find myself more drawn to one than the other) and the intricately woven plots between the women at the heart of the story. A character-focused coming of age novel set in the smokey backdrop of NYC during the 50s and 70s, its Fitzgeraldian sense of place is so vividly evoked whilst allowing the characters to propel the story forward. The author deftly handles the heartbreaking themes of queer love during a time when homosexuality was a criminal offense, mental health and prejudice, documenting the half-lives society forced the characters to lead. Gillian, Dovie and Ava will certainly stay with me for a long time, as will Judith for the opposite reasons ha! A truly impressive debut from an author I’m excited to have on my radar.

Rate: 4/5
Would you recommend: Green with envy at anyone yet to read it – YAS!

The alternating timeline is done extremely well, let alone the beautiful quality of writing where you can feel the NYC summer heat.Lily

A tale of forbidden love in 1950s New York.
Not quite hooked yet, well.. This emotional, poignant and thought-provoking novel digs deep in both timelines taking you on a moving journey and will have you turning the page. The alternating timeline is done extremely well, let alone the beautiful quality of writing where you can feel the NYC summer heat & smell the coffee in Paris where Dovie and Gillian dream of living. It expands on relationships/friendship, love and loss. As well as taking us along Ava’s journey with her mothers mental health issues and the treatment she receives in 1975, which breaks your heart.

Overall, this is such a compelling and impressive debut by Julie Owen Moylan. Yes, it’s heartbreaking and thought provoking, but you are swept along in a desire to see what happens next!

What would you rate it? 4/5
Would you recommend it? I can’t stress enough how incredible this book is. Don’t believe me? Then get reading!

The more books I read that are set in New York, the more the city moves to the top of my must-visit-in-the-immediate-future list, and That Green Eyed Girl has made my savings for such a trip all the more urgent.

I’ve said it before and I’ll say it again, I love a dual timeline book, and this one was no different. The 50s and 70s backdrop to this story were beautifully described, making it perhaps one of the most ambient books I’ve read this year. Covering a plethora of heavy themes without feeling all-consuming in its intensity, Julie has such a talent for drawing you into the world of her characters in a way that it’s impossible to put down once you start.

Exploring the necessary secrecy that many gay couples were forced to live through in the not so distant past is a stark reminder of the struggle this community once faced, and continue to do so.

A heartbreaking look at the experiences of gay, American women in the 50s, and mental health ‘treatments’ of the time, it feels both poignant and difficult to read simultaneously. I recently watched the on-screen adaptation of My Policeman by Bethan Roberts, and found the story to explore a lot of similar themes, namely internalized shame, homophobia, heartbreak and loneliness. Such stories are so important, and a shocking reminder of how far (although not far enough in many ways) we have come in LGBTQ+ acceptance in recent decades. Exploring the necessary secrecy that many gay couples were forced to live through in the not so distant past is a stark reminder of the struggle this community once faced, and continue to do so.

Once again another incredible debut and a real treat to delve into as the cooler weather arrives and the season for cosying down with a book and a glass of wine on an evening is upon us.