Stranger Things Obsessed? You Need These 80s Inspired Garms In Your Wardrobe … 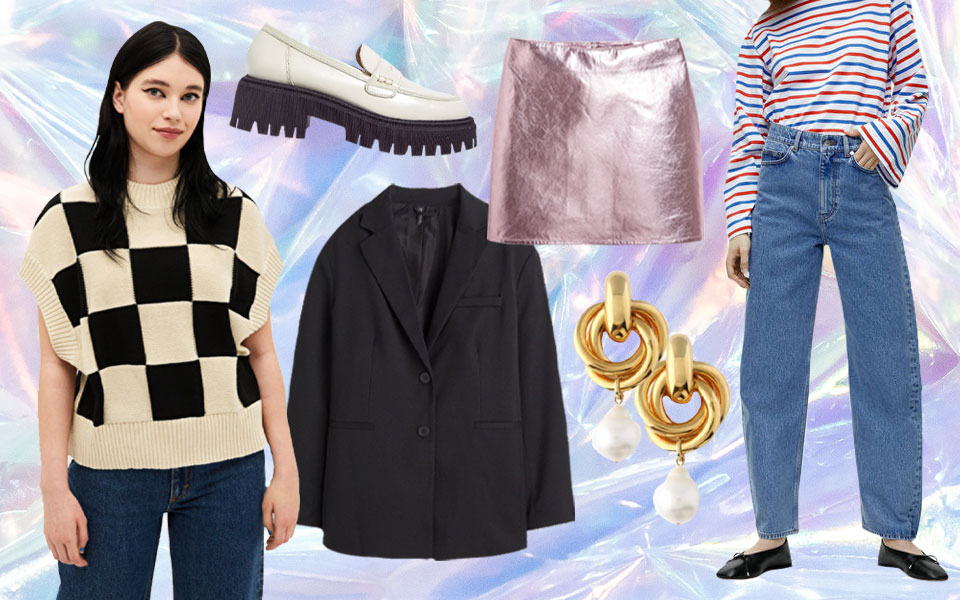 Season 4 of Stranger Things, one of Netflix’s most iconic original shows, dropped on May 20th, and it’s safe to say the Internet has been awash with Kate Bush, Steve Harrington and Jopper (that’s Joyce and Hopper, duh) edits ever since. What a wonderful time to have a Twitter account.

If you’re not quite up to date, let’s set the scene. The year is 1986, hair is getting bigger and fashion is getting bolder. Season 4 is split between instantly recognisable Hawkins, Indiana, and the brighter, warmer and all round more sunshiny backdrop of California, as the Byers and Eleven make the move away from their troubled pasts. Or so they think.

The show’s costume designer Amy Parris had to work hard to combine these two worlds, creating a different aesthetic for viewers to differentiate between them. “There’s a lot more plaid and more autumn colors on the Hawkins people, so they stand out against the sun-bleached, bright colors of California,” Parris says. “Hawkins, Indiana, is a little more drab, a little bit more old-fashioned — in California, you see the surfer style and the skater style.”

If finishing S4 Volume 1 isn’t enough to fulfil the 80s fire now ignited inside of you, then look no further for a selection of wearable yet retro inspired clothing pieces nodding to the 80s era in a way that doesn’t scream leg warmers and spandex. Think more along the lines of oversized blazer dresses, statement bow blouses and athleisure cycling shorts and bingo, the 80s just had a 2022 makeover.