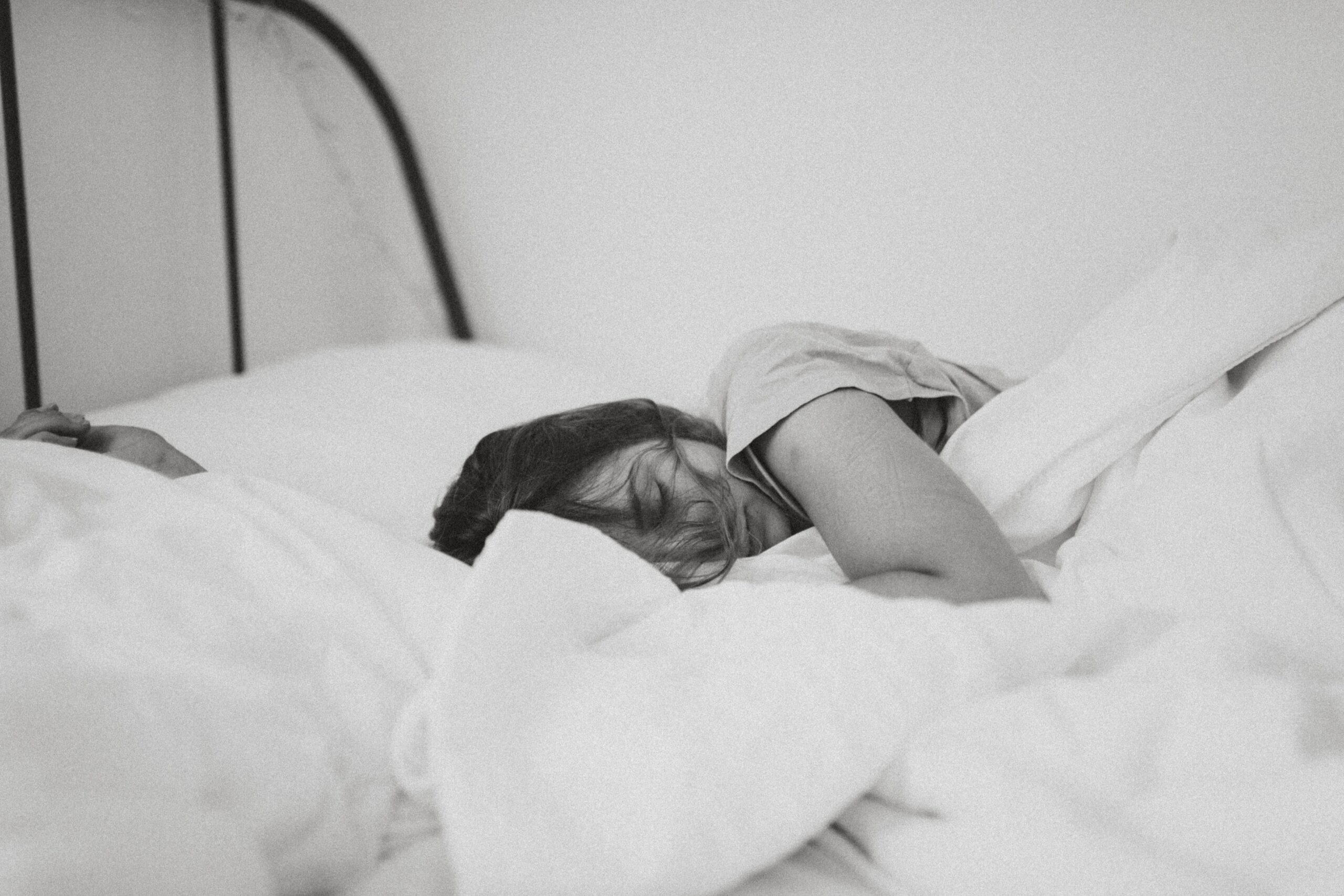 This is a guest post written by Dr Elinor Cleghorn, a writer and researcher specializing in histories of women’s health. She has written for publications including New Scientist, Vogue online, The Wall Street Journal, BBC History Extra and Woman & Home. She has also appeared on BBC Radio 4’s Woman’s Hour, and on numerous podcasts including Goop.

I was in my early twenties when the pain began. I had just finished university, and I was living with my closest friends in London and working at my first full-time job. My life was just beginning. But deep down, I knew that my body was trying to tell me that something was wrong. I had experienced pain before – the numbing cramps that came with the first day of my period, the sharp sting of a UTI, the occasional blinding fog of a migraine and even the agony of a kidney infection.

I went to see my GP and tried to explain how I had been feeling. I was desperately hoping for an explanation, but instead, the doctor just shrugged. “It’s probably just your hormones”, he sighed, his eyes on the clock. Elinor Cleghorn

But this pain was different. It gripped my knees and my ankles and gnawed at my hips. Sometimes my wrists throbbed, and my fingers swelled up. I missed days of work when the pain got so bad that I couldn’t walk. On a visit home, I went to see my GP and tried to explain how I had been feeling. I was desperately hoping for an explanation, but instead, the doctor just shrugged. “It’s probably just your hormones”, he sighed, his eyes on the clock.

Over the years, my pain continued. It wasn’t always there – there were months when my body felt calm, and the aches were a distant memory. Then the pain would return, more vivid and severe than before. But every time I went to see a doctor in search of answers, I felt like I was being ignored and disbelieved. I was never referred to a specialist or offered any diagnostic tests. My doctors made me feel like my pain was either ‘all in my mind’, or that it was something I just had to learn to live with. I was told my pain was probably anxiety, stress, or the result of my lifestyle.

I was told to lose weight, stop drinking, and to try not to pay so much attention to my body. I began to internalise the idea that I must be exaggerating my pain, or even making it up. I accepted what my doctors were telling me, because I had been conditioned to believe that medical professionals always knew best.

Fast forward ten years, and the cause of my pain was finally revealed. After a complicated pregnancy, I suffered a life-threatening heart condition. I was diagnosed in hospital with a chronic disease called Systemic Lupus Erythematosus. Lupus is an autoimmune condition, and it is caused by my own immune system attacking my otherwise healthy cells, tissues and organs.

My new consultant explained that I had probably had lupus since my late teens, and that the pain I had experienced throughout my twenties was very likely caused by my underlying disease.Elinor Cleghorn

One of the most common symptoms of lupus is pain – especially joint pain. My new consultant explained that I had probably had lupus since my late teens, and that the pain I had experienced throughout my twenties was very likely caused by my underlying disease. My diagnosis was frightening, and confusing, but it was also a relief. My hunch that something was going on in my body had been correct. My doctors had been wrong to make me feel like the only place my pain existed was in my imagination.

As I came to terms with my diagnosis and my disease, I learned that 90% of people who suffer from lupus are women. But none of my doctors knew exactly why. I found out that lupus can take an average of around 6 years to be diagnosed, because its symptoms – including chronic pain – are frequently shortened or misdiagnosed.

When it comes to chronic pain, especially in women, gender stereotypes can directly affect how real, serious, and deserving of medical attention our pain is deemed to be. I had fallen, like so many women, into what is known as the ‘Gender Pain Gap.’

Over the last few decades, awareness has been growing around the ways that female pain is taken less seriously by medical and health professionals than male pain. The gender pain gap widens for Black, Asian and ethnically diverse women who statistically face more medical dismissal than white women. The ingrained misbelief that women are irrational or attention-seeking when we speak up about being in pain can pose serious obstacles when we seek care and treatment for our health conditions. When our symptoms are written-off as either the ‘normal’ consequences of being a woman, and blamed on our hormones or our menstrual cycles, the real causes of our pain risk going undiagnosed. When our pain is supposed to be all in our minds rather than in our bodies, we struggle to have the reality of our pain recognised.

Often, women must endure these diagnostic delays because of gendered misbeliefs about the causes of their pain.Elinor Cleghorn

Lupus, like many chronic diseases that predominantly affect women, is poorly understood, difficult to treat, and incurable. Endometriosis, an inflammatory disease caused when tissue similar to that which lines the uterus grows in other places in the body, can cause debilitating pain – and it can take up to 12 years to be diagnosed. Around the world, women make up nearly 80% of sufferers of autoimmune diseases, and many of these diseases cause excruciating pain. Often, women must endure these diagnostic delays because of gendered misbeliefs about the causes of their pain. So, why does medicine still misunderstand, misdiagnose, and mistreat so much of women’s pain?

The assumption that a woman is not to be trusted when she says she is in pain has been ingrained into medicine since its earliest beginnings. The first medical theories about women, laid down in ancient Greece, were written by male doctors who held the belief that women were inferior to men – and that their illnesses and diseases were always related to whether they were bearing children. Some even believed that women’s uteruses could wander around their bodies if they were not having marital sex or getting pregnant! Sexist social and cultural attitudes towards women’s bodies, minds, emotions and behaviors continued to be woven into medical knowledge as it progressed over the centuries. Until the late 19th century, mainstream medicine was dominated by men, who promoted the idea that women’s bodies were weak, defective, and beyond their own control.

When a health professional assumes that our pain must be emotional rather than physical, or when our unexplained symptoms are written off as stress, anxiety, or simply the result of having a female body, the legacy of medicine’s historic gender trouble is alive-and- well. Elinor Cleghorn

Women’s pain, normalized because of menstruation and childbearing, has long been viewed as something all women have to live with. Throughout history, women who complained about being in pain – especially when the cause wasn’t immediately clear – were perceived as being anxious, highly-strung, or overly sensitive. During the 19th century, women who were unwell and in pain were often diagnosed with Hysteria – a catch-all diagnosis for unexplained illnesses that were blamed on women’s unruly emotions. Fingers crossed, we’re not going to be diagnosed with Hysteria or a ‘wandering womb’ today! But these antiquated and sexist medical ideas have cast a long shadow. When a health professional assumes that our pain must be emotional rather than physical, or when our unexplained symptoms are written off as stress, anxiety, or simply the result of having a female body, the legacy of medicine’s historic gender trouble is alive-and- well.

Learning about the origins of the Gender Pain Gap can help us understand that medical gender bias is systemic, historical, and never our fault. As public awareness grows around the disparities that women face in medical care and treatment, much-needed change is finally on the horizon. More and more women are being empowered to speak up about their experiences of pain and ill-health. Online, there are growing communities where unwell women can connect, share resources, and support each other. Throughout history, women have been shamed into silence about their bodies and pain. But by sharing our stories, and finding our voices, we can begin to advocate for ourselves, and for others. Over the last few years, many issues in medicine’s treatment of women’s pain have been brought to the fore by campaigners and targeting who are fighting to place our health needs high on the agenda.

From debates in the national media about the pain that can be caused by gynaecological procedures such as IUD insertion, to increase awareness around the diagnostic delays impacting sufferers of Endometriosis, change is being forged by women courageously speaking up about their bodies, and their pain.

I know only too well how demoralizing it can be if you are suffering from pain and struggling to find answers. It can be incredibly frustrating and upsetting to feel like your pain is being side-lined, but there are ways to advocate for yourself. You might want to keep a diary of your symptoms to present to your doctor, where you note the frequency and severity of your pain over time. It can help to take a trusted friend with you to a doctor’s appointment if you find those encounters difficult or traumatic. Although you might feel intimidated, you can always ask questions of your doctor or healthcare provider or ask them to write down what has been said to you during your appointment. But above all, always remember that your body is your own, and that you are the best narrator of what is happening to it, and how it feels. As medicine faces up to and continues to address its failures around women’s pain, we can look towards a future where gender biases no longer impact our health. But until then, we can keep speaking up, and keep hoping that medicine will learn to listen.

Dr Elinor Cleghorn’s first book, Unwell Women: A Journey Through Medicine and Myth in a Man-Made Worldis out now in paperback.

*This article contains an ad-affiliate link