The Golden Rule For Handling Every Argument in Your Relationship 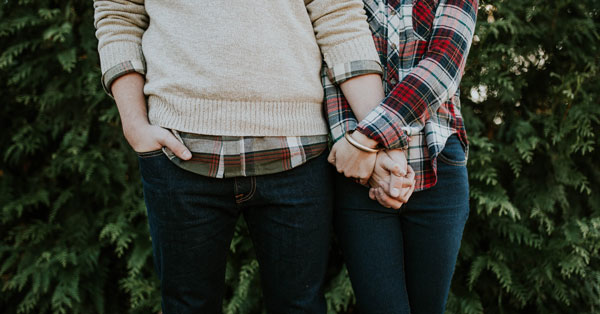 Some fruit helps, too.

Arguments with others are like wiping your butt. Not exactly fun, sometimes messy, but as a human being in society, there’s no way around it.

This isn’t a problem per se, but they often blow up like Mount St. Helens in 1980, frustrating you, your neighbors, and anyone else who hears it.

The closer you are to someone, the easier this happens. My grandma can drive me nuts with a few words. My ex and I argued for hours over a loaf of banana bread. And my best friend didn’t talk to me for weeks due to a few dirty dishes. The smallest winds often turn into the biggest storms.

Instead of having a good time together, you fume and call the other a bunch of names – mostly in your head, sometimes out loud. And once you get stuck in your opinion, it feels like there’s no solution at all.

One simple principle can make you approach your arguments in a completely different way, strengthening your relationship instead of breaking it apart.

“You can’t win a war – somebody else just loses.” Alexandra Christo, To Kill A Kingdom

Ask Yourself This Question Whenever You Argue

If you focus on being right, you get stuck in a race you can’t win – even if you are right.

You lose sight of the big picture. When your ego takes charge, it wreaks havoc on your relationship. You’ll win the battle but lose the war.

This is tough. Not pressing your point can feel like defeat. But if you think like that, you’ve already lost.

The Golden Rule that Ends War

Insisting on being right is like dropping an atomic bomb to bring peace. Sure, you’ve destroyed the opposing forces waging war – but also everything else that you loved.

This isn’t about letting the other win for the sake of peace – It’s about realizing that you either win together, or you both lose.

It doesn’t matter who’s turn it is with the dishes, if you want to go out or stay in, or who initiates sex more. What matters is that you find a solution that works for both of you.

That’s why the golden rule that can end any argument is this:

It’s not you versus the other – it’s you two against the problem.

Let that sink in.

Now, the only problem that’s left is the heat of the moment. When you’re in a deeply emotional argument, the only solution you want is one that involves six rolls of duct tape wrapped around the other’s mouth. This feels good in the moment but is hard to explain to the police.

Let’s have a banana instead:

How To Keep Your Cool in the Heat of the Moment

When the Tchernobyl nuclear reactor had a meltdown in 1986, there was nothing anyone could’ve done.

Many things could’ve prevented the accident, but once the system reached the point of no return, it was game over no matter what.

You have to cool down your arguments before they overheat.

My ex and I used a code word that we agreed upon. When our argument took a turn towards Armageddon City, we said banana. Then, we’d go into separate rooms, take a deep breath, and eat one.

Taking deep breaths in between.

You only get back together once you’ve calmed down and understood the golden principle – it’s you two versus the problem, not against each other.

You can even say it: “I’m on your side. Let’s find a solution together.”

Then, find out what the problem is. It’s never about the dirty dishes. It’s always about something bigger – feeling unappreciated, ignored, exploited, undesired, or unloved.

How to Find the Real Problem

Having a common problem, goal, or even enemy brings people together like an ice-cream truck to a group of preschoolers. But you need to get to the core of what exactly you’re aiming for.

Here are a few questions you can ask each other that will get you from clueless to deep understanding.

Whatever you argue about, don’t fight each other.

Instead of going bananas, have a banana.

That’s how you both win.