The Netflix Christmas Line-Up: What to Watch this Winter 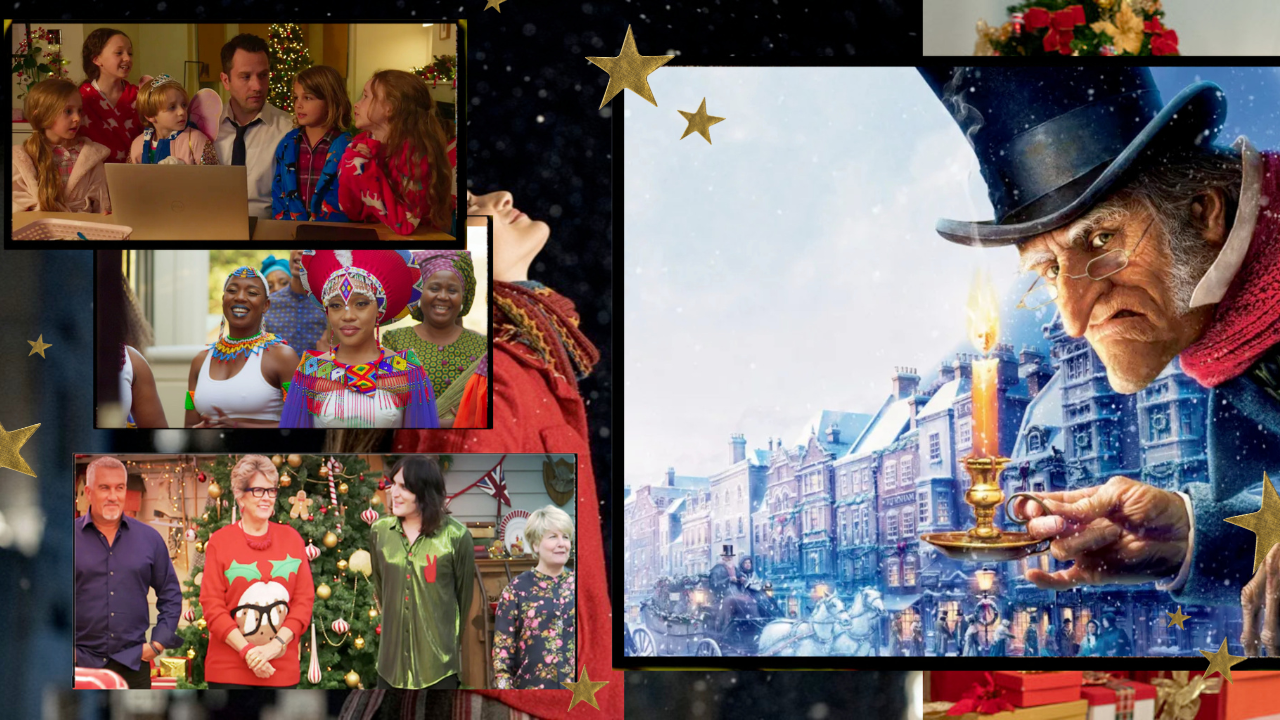 Hibernation season- we see you! As the nights draw darker and temperatures drop, the temptation to cancel plans and stay indoors is truly growing by the day. Although the Scrooge’s of the world may deem mid November too early for a little Christmas spirit, we’re of the opinion that once Halloween is done and dusted, the appropriate time for all things Mariah, mulled wine and devouring every Malteser from a box of Celebrations is here.

If you fancy getting into the Christmas spirit ahead of the crowd, or are planning a foolproof itinerary of back-to-back festivities once December hits, bookmark this list of Netflix’s new Christmas additions, plus the old classics still available to stream for nights when a little yuletide magic is just what the doctor ordered.

Following the release of The Claus Family in 2020, the second installation of this magical Belgian production is here! During the first film we learned that, similarly to royal responsibilities, the role of Santa was passed through the male Claus bloodline, and in the wake of his son’s untimely death, we saw Grandpa Noel tell his teen grandson Jules about the Christmas legacy he was soon to inherit.

The second installation to the Claus Family picks up some time later, with Jules about to take the reins of Christmas for the first time, before receiving a young girl’s letter with a special holiday wish. A wholesome pick perfect for times when easy watching is top of the agenda, if you love Arthur Christmas or Fred Clausthis one’s for you!

Lindsay Lohan is BACK, and with the perfect measure of holiday-cheer and feel-good magic, Falling for Christmas is about to become 2022s most iconic Christmas release.

Sierra Belmont (aka Lindsay) is a wealthy, beautiful heiress who seems to have it all, with plans to spend a snow-blanketed Christmas at her father’s exclusive ski resort with her new fiance, Tad Fairchild. But although it seems as though life couldn’t be more dreamy, a mountainside fall leaves Sierra with a concussion and severe amnesia, finding herself being taken in by a passerby and widowed single dad Jake Russell. A story that perfectly balances vulnerability, humour and of course a dose of Christmastime cheer, Falling for Christmas is a beautiful look at second chances and the transformation that comes from finding new and surprising perspectives. Lindsay, we love you!

We might be more familiar with Bill Nigh as the popstar of our previous Christmastime viewing, but Christmas With You is about to give him a run for his money, as we follow singer Angelina whose career may be on the line if she doesn’t nail a Christmas hit sure to see her command the charts.

When Angelina sees a young fan named Christina performing one of her songs on social media and hoping to meet her for Christmas, the two unite. Before long it’s revealed that Christina’s (single!) father is a music teacher, and the journey to co-writing the perfect Christmas hit begins…

Will the pair create the festive chart-topper Angelina needs to skyrocket her career, and are those the only sparks destined to fly between the two of them? Inspiring and feel-good at its core, Christmas With You is one destined to trigger a happy tear or two.

Deck the halls with all things sweet and delicious because The Great British Baking Show: Holidays is BACK, and with it comes a serious dose of serotonin! Featuring the iconic lineup that is Paul Hollywood, Prue Leith, Sandi Toksvig, Noel Fielding and Matt Lucas, plus a selection of talented bakers, the show follows a selection of challenging yet perfectly festive yuletide baking challenges, with the classic GBBO humour and family friendly fun.

Look up the dictionary definition of ‘wholesome’ and you’ll likely find Christmas at Mistletoe Farm. After inheriting a farm at Christmas time, a widowed father makes a bumpy adjustment to village life, while his (adorable) children hatch a plan to stay there forever. A tale of new beginnings, unexpected lessons and the unbreakable bond of a family in times of struggle, this Hallmark-esque classic is feel-good at its core.

Anything but calming, but possibly a more realistic look at the chaos of a family Christmas, this Brazilian rom-com is sure to brighten a rainy December day. Meet Carlinhos- he’s about to have a Christmas nightmare. After finding out that his girlfriend has been cheating on him on Christmas Eve, he finds himself in the predicament of having no-one to accompany him to his family dinner, when suddenly he meets mysterious Grace, who agrees to join him as his fake girlfriend .

What initially feels like relief soon turns into chaos, as the reality of bringing a stranger to dinner suddenly sinks in. Guaranteed to bring laughs aplenty, grab a bowl of popcorn and settle in for a night of escapism from your own inevitable Christmas family drama…

This supernatural, time-travelling, musical adaptation of Charles Dickens’ cult Christmas story brings a fresh look to the traditional tale. The OG Christmas hater Ebenezer Scrooge (voiced by The Pembrokeshire Murders and Hollywood actor Luke Evans) is joined by the icons including Olivia Colman as The Ghost of Christmas Past, and Johnny Flynn as Bob Cratchit, and features re-imagined songs from the original musical, Scrooge! written by Oscar and Grammy award-winning composer Leslie Bricusse. It’s sure to be a hit!

If you prefer the fun of a series over a film, look no further than this festive new addition to Netflix, perfect for rainy evenings at home or to accompany a day of wrapping gifts and decorating. I Hate Christmas follows a nurse on a mission to find a boyfriend, after lying to her family about being single ahead of the big day. The problem is, it’s less than 24 hours away…

How to Ruin Christmas: The Baby Shower

With a healthy number of mishaps and secrets set to be exposed, the series follows The Sellos and Twalas families once more as they prepare for the imminent arrival of Beauty (Thando Thabethe) and Sbu’s (Sandile Mahlangu) tiny bundle of joy. Catch up on the first and second series and prepare for laughs and drama aplenty from its newest instalment.

Founder of a classic? Here’s all the existing Christmas viewing you can find on Netflix to fill your December diary…