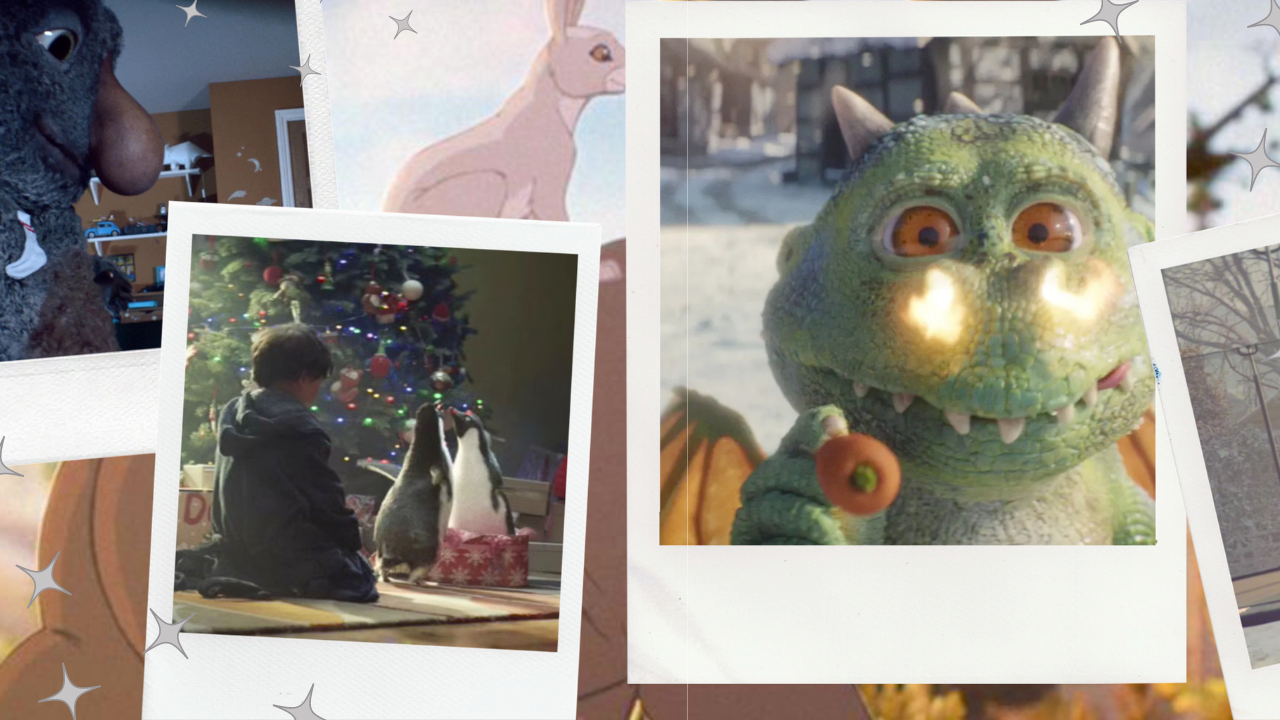 We all know the most wonderful time of the year isn’t officially underway until the John Lewis ad has graced our screens and Twitter is ablaze with reactions (and, ahem, criticism).

The highly anticipated advert has become synonymous with the festivities and a staple of our Christmas calendars, year after year. For many, Christmas simply isn’t Christmas until Mariah Carey’s ear-worm can be heard all across the land and the popular retailer unveils its iconic ad. And we are firmly in that camp!

It’s safe to say, 2022 has been another eventful year in British history with the queen’s Platty Jubes back in the summer, the Women’s Euros, the World Cup this month, and of course Her Majesty’s passing. Then there was The Queue for the Queen’s-lying-in-state, with heartwarming stories of mourning strangers striking up friendships whilst shuffling along the ever-growing line, visible from space.

With a wealth of material to choose from, the merry masterminds behind the JL ad are surely set to pull on our heartstrings like never before this Christmas. Could it be the year of The Bear aka Paddington’s marmalade era, or maybe a sad-looking Corgi will be the main character, as the ad tells the tale of the pup who lost its wag? It could even be the Christmas that sees King Charles receive the gift of all gifts… a fully functioning pen.

Ahead of the annual event that’s come to mark the true start of the festivities, the team are sharing their JL Christmas ad predictions for 2022…

Disclaimer: if we’re wrong, its because that’s tradition mmmk.

I reckon there’s going to be some sort of climate change angle involving a distressed polar bear and how to have a green Christmas with JL. I’m picturing a classic The Snowman type animation flying round the world looking at all these animals in despair as their homes are disappearing one by one. Then outside a classroom, a fox hops onto the window sill (this is a magic non-nocturnal fox, you see), pressing its long snout up against the glass, touched to see a young child presenting ideas to her classmates for how humankind can pull together, save the planet and rescue the animals once and for all. The fox sets about spreading the word, telling his animal pals that help is on the way, and this won’t be their last Christmas after all… For the soundtrack, I’m thinking a full-on ensemble this year – a star- studded original track with Adele, Coldplay, ABBA, Elton and 1975.

I think it will be another tear-jerker but on OVERDRIVE! Possibly a nod to the Queen too after all of her years as our Monarch (which I’m truly hoping they do). Although, due to John Lewis and many others curating their ads so early in the year, I also feel there might be a nod to peace + no war. Coming together or supporting from afar / hearts as one. Possibly someone sending a gift they received on Christmas to someone less fortunate!

I would love for JL to do something similar to the: ‘somewhere only we know’ 2013 The Bear and the Hare as it had that traditional Christmas festive feel, a heartwarming storyline and beautiful track to the AD. So possibly be partly illustrated / animated as they’ve started doing over the recent years. Something cuddly and a comfort that can be bought in-store as a symbol to promote their Christmas range for 2022!

After predicting what I can only describe as the best advert (that was never made) in 2020, I’m quite burnt by this whole task but alas, I shall try again. 2021’s alien girl was a big miss for me – no tears, no laughs just a bit MEH.

This year I hope they team up with Waitrose to bring a bumper foodie gifting masterpiece. Food and gifting are so synonymous with Christmas, I’d love them to play on those great British traditions and the fact that they’re back for good and this Christmas will be the first normal one in so long. No mention of actual COVID as no one needs reminding of that.

I’d like to see capturing scenes that hustle and bustle of last-minute shopping in London. Mums and Grans getting that 6am food shop on the run-up to Christmas day. Classicly terrible office parties with fizz and mince pies. Families driving from one house to another packed full of gifts. Kids picking out and wrapping their gifts. Terrible Christmas nativity plays. Diving into the quality street watching Home Alone. ALL THAT GOOD STUFF.

Maybe the tagline that appears at the end would say “They’re traditions for a reason” or “Never stray from traditions” which I think works for John Lewis because so many people traditionally shop there. Anyway, that’s my 2 cents, feel free to hire me next year JLP!

This year I think they will focus on Christmas through the years that the Queen was serving as Monarch. They will show families coming together to watch the Queen’s speech on Christmas day and sharing gifts. There will be a gift that’s the same every year, maybe a teddy bear as they haven’t changed much over the years. This teddy bear will then be the item they sell in the stores. They would have originally done this for the jubilee but kept it as she passed away later in the year. I also think Sam Ryder will be singing the song for it.

Although there are plenty of traditions that come around year after year, the classic Christmas films that loop day after day during December is one that every household can relate to. The rules for rewatching films do not apply when it comes to Christmas movies- simply put, the limit does not exist.

I think an iconic advert that only a John Lewis budget could quite pull of would be a nod to some of the most loved and classic movies in the Christmas genre, whether it to that department store scene or a cameo from Hugh Grant himself (dreaming big here), I have no doubt that this ad would be the talk of the town. A win across all generations, I’m imagining references to Love Actually, The Holiday, Home Alone and newer classics including The Princess Switch that those of all ages would love and appreciate.

After a couple of seriously lacklustre Christmases and restrictions of various degrees, I feel like the festive season of 2022 is going to be back with a serious bang, and splurging a big budget with a guaranteed ‘aww’ factor is one I would personally love to see . Jude Law, Colin Firth, Will Ferrell, I hope to see you there!

I have to say the creative side of my brain is slightly underdeveloped for tasks like this. I can only imagine the stress the John Lewis teams feel each year knowing the pressure they’re under to create the best advert yet. For me, Edgar the Dragon of 2019 was the last time they smashed it.

That coincidentally was also probably the last Christmas where we weren’t burdened with all that’s happened since. What i’d love to see is them capture that innocence and magic again. Where for two minutes we can forget about all the sadness, turmoil and frankly the state of the not so United Kingdom. A story of togetherness, helping neighbors, understanding and unity across generations and cultures. Not such a big ask is it?