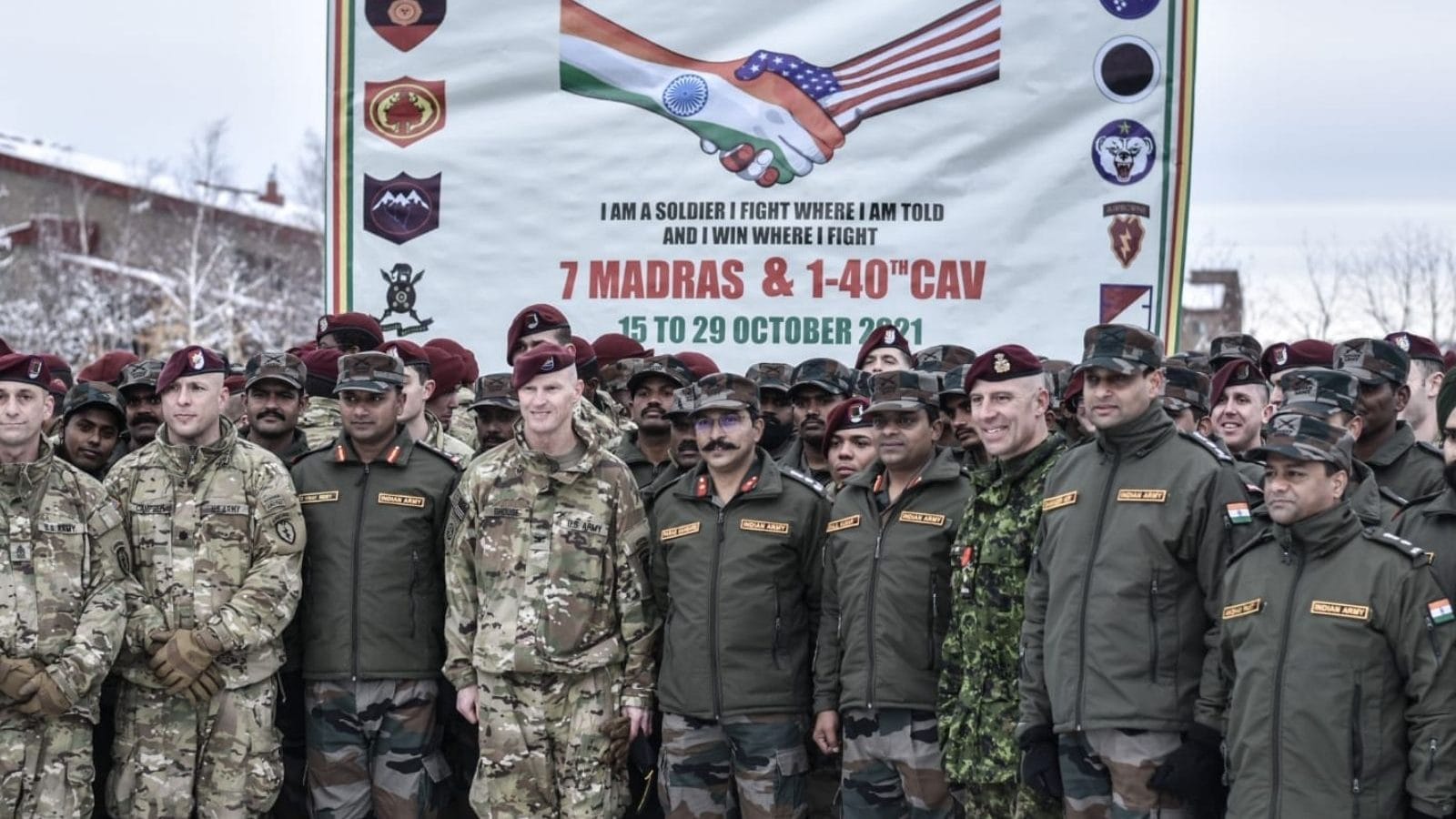 In a statement, the ministry said that a total of 300 US soldiers and 350 Indian Army soldiers participated in the exercises, which ended on Friday.

The Ministry of Defense said Saturday that a 14-day joint training exercise between the armies of India and the United States has concluded at Joint Base Elmendorf Richardson in Alaska. The ministry said in a statement that a total of 300 US soldiers belonging to the 1st Squadron (Airborne) of the 40th Cavalry Regiment and 350 soldiers from the Indian Army’s Seven Madras Infantry Battalion Group participated in the exercises that ended on Friday.

“The purpose of this 14-day exercise is to familiarize each other with operational procedures, combat training and the development of joint operations,” she said. The exercise was carried out in two stages. The first phase involved combat conditioning and tactical training by both units. The statement stated that “the training received by both battalions in the first phase has entered into force in the verification phase. Both teams jointly participated in the verification exercises that included combat shooting, helicopter landing, and mobilization of rapid response teams using helicopters.” She said the forces were organized into compound groups with mixed platoons of the Indian and US armies, and verification exercises culminated in a raid on an enemy position in a mountainous area and securing critical infrastructure.

Practice # Yodhyas The 17th edition of the Joint Indo-US exercises at Joint Base Elmendorf Richardson in Alaska has concluded after a verification exercise. The exercise enhanced mutual trust and interoperability and enabled the exchange of best practices between the two militaries. pic.twitter.com/xJVCX2w4y9

The joint exercise has been dubbed ‘Ex Yudh Abhyas 2021’ and defense ties between India and the US have been thriving in the past few years. In June 2016, the United States designated India as a “major defense partner”. The two countries have also signed major defense and security pacts over the past few years, including a Logistics Exchange Agreement (LEMOA) memorandum in 2016 that allows their militaries to use each other’s bases to repair and replenish supplies as well as provide deeper supplies. cooperation.

The two sides also signed the COMCASA (Communications and Security Compatibility Agreement) in 2018, which provides for interoperability between the two militaries and provides for the sale of cutting-edge technology from the United States to India. In October last year, India and the United States signed the BECA (Basic Exchange and Cooperation Agreement) to further strengthen bilateral defense ties.

The agreement provides for the sharing of advanced military technology, logistics, and geospatial maps between the two countries.