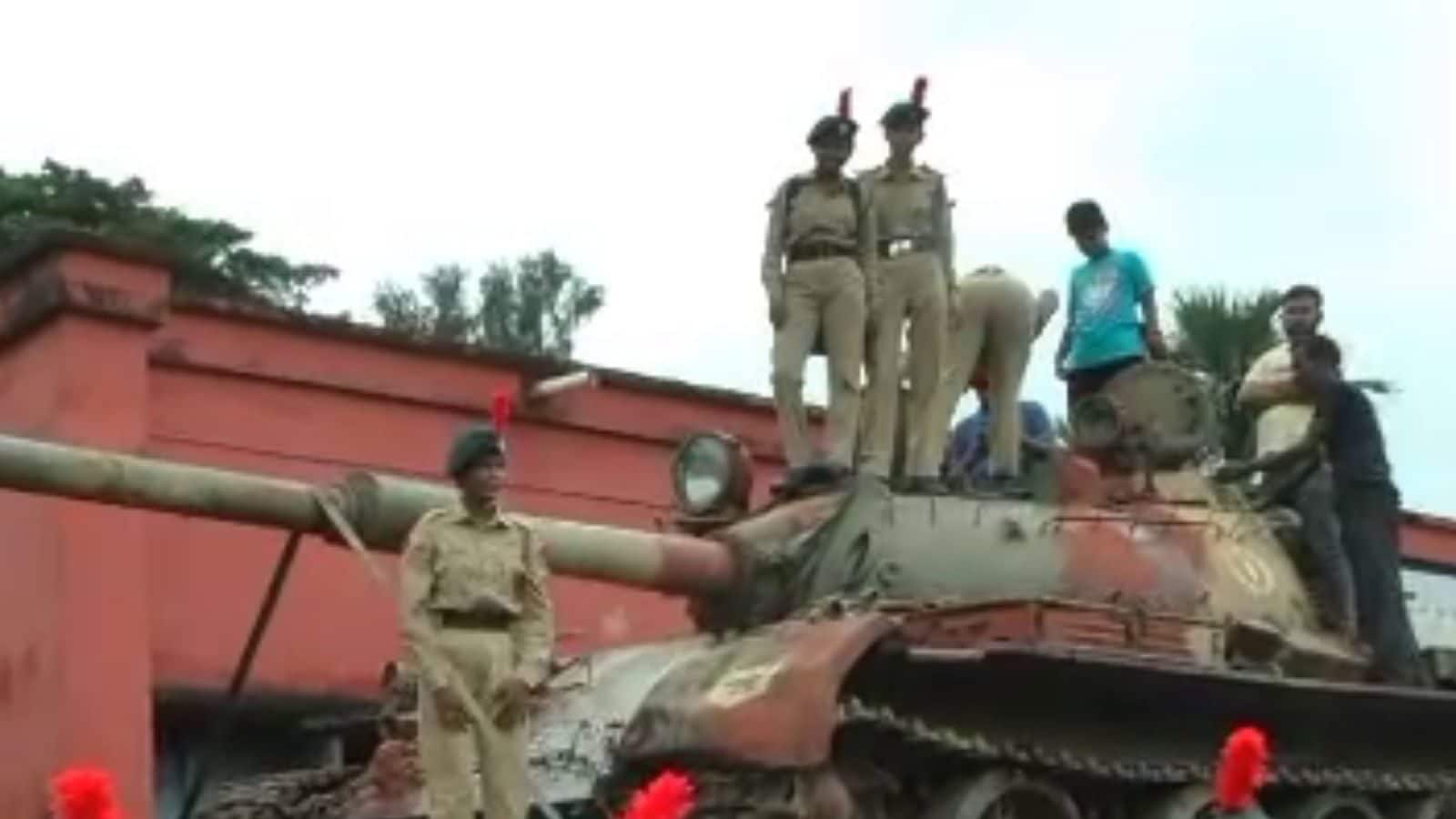 Students and others at Kendrapara Independent College in Odisha will now see up close the glorious history of India as a battle tank used by the Indian Army in the 1971 Indo-Pakistan War was taken to the college premises on Saturday to display as the ‘War’ trophy memorabilia. This tank, which was deployed in various wars from 1955 to 1975, was handed over to the college authorities by the Indian Army.

People will be able to see the Russian-made T-55 battle tank that bears the legacy of the Bangladesh Liberation War preserved in the college premises in Kendrapada district of the state. The tank, which weighs 37 tons and is 9 feet high, was kept to motivate students and NCC students to join the armed forces and instill in them a spirit of patriotism.

“It is the first to display the War Trophy in the college building in our district. What we heard earlier is now able to see and know details about it due to the efforts of our director,” said Sucharita Pareda, a student at NCC.

A local resident named Sangamita Biswal said, “We are happy to see the T-55 war tank. The student can know about the war tank and feel proud. It will encourage the students to join the defense forces.”

The armored combat vehicle was acquired from the Ordnance Services Directorate, Army Headquarters after the approval and recommendation of the former Army Chief of Staff and current Chief of Defense Staff General Bipin Rawat. The college body has to spend 14,000 rupees to fetch the war trophy as transportation fee. T-55s destroyed many Pakistani tanks in the 1971 war. The tank has been stored in the military office in Pune since 1971.

“We saw in the movie, we didn’t really see it. We feel proud to see the war tank in our college building,” said Srikant Puthal, a local.

Dr. Rajendra Prasad Tripathi, Director of Independent College of Kendrapada said, “We have applied to the authority of the Indian Army to bring a tank for the purpose of display through the district administration. The tank was used in the Indo-Pakistan war of 1971. It will encourage the students to join the defense.”

(with input from Kailash Sahu)