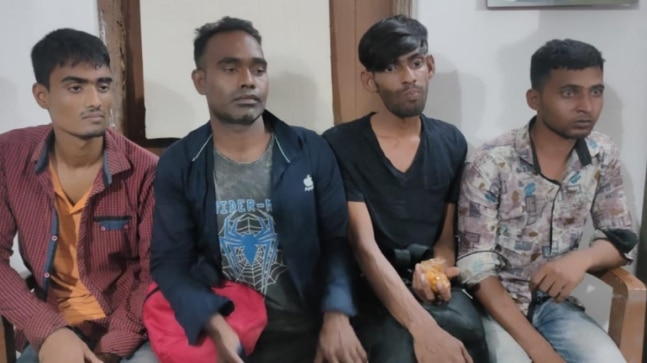 Four Bangladeshi nationals were arrested near the Assam Tripura border on Saturday for illegally entering India. Police have arrested four Bangladeshi nationals in Karimganj district of Assam near the Assam Tripura border from a Guwahati-bound passenger bus that entered India without valid documents.

The arrested Bangladeshi nationals have been identified as Rakesh Sen, Ashad Sheikh, Salahullah and Kochhar Hussain.

According to reports, the Bangladeshi nationals were arrested from a passenger bus in Shribari district on Friday night while traveling from Agartala to Guwahati.

A police officer from Shribari Front Police Station said the Bangladeshis were detained during routine searches and were unable to provide proof of their Indian citizenship.

“The bus was heading from Agartala to Guwahati. During the interrogation, the Rajshahi nationals of Bangladesh revealed that their next destination is Chennai. They entered India without valid documents,” the police officer said.

Read | GRP has arrested five, including two Bangladeshi nationals, for aiding the illegal entry of Rohingyas