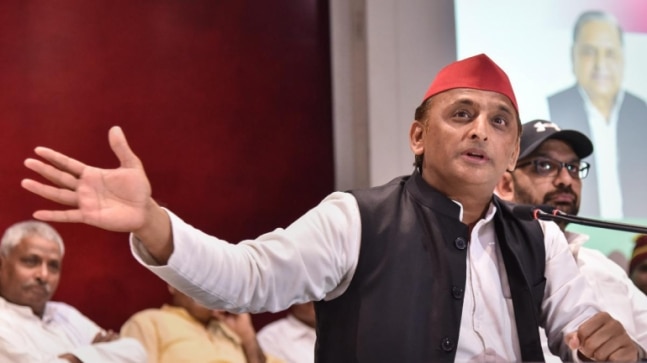 Six rebel MLAs from the BSP party and one from the BJP MLA officially joined the Samajwadi party on Saturday in the presence of party chief Akhilesh Yadav. Six from the Bahujan Samaj Party (BSP) and the Bharatiya Janata Party (MLA) joined the Samajwadi Party on Saturday in the presence of its national chief Akhilesh Yadav at the party’s headquarters in Lucknow.

Meanwhile, Sitapur MLA Rakesh Rathore has resigned from the BJP and joined the SP on Saturday.

Meanwhile, the Samajwadi Party and the Swedelev Bharatiya Samaj Party forged an alliance on Wednesday to face the ruling Bharatiya Janata Party (BJP) in next year’s Uttar Pradesh Assembly elections.

The announcement was made by Socialist Party Chairman Akhilesh Yadav and SBSP Chairman Om Prakash Rajbhar at a rally held in Mao, mobilized by supporters of both parties.

The leader of the Socialist Party criticized the ruling, describing them as a “conspiracy of liars” who only know how to plunder people. He also attacked the BJP over inflation, high fuel prices and the COVID-19 crisis.