Another order of HC, the Pollution Control Board of Bengal prohibits the sale and use of all fireworks 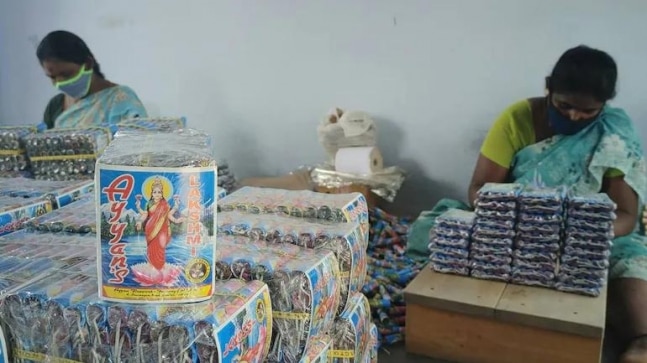 The West Bengal Pollution Control Board (WBPCB) on Saturday issued a notice banning the sale and use of all types of fireworks during Kali Puja, Diwali and other festivals this year on the order of the Calcutta High Court.

Earlier, the WBPCB only allowed the sale and detonation of green fireworks. Kalyan Rudra, head of the Pollution Control Board, said he is holding meetings with police and management to fine-tune strategies to stop the supply of fireworks to the market and to ensure that fireworks do not explode during festivals.

The High Court of Calcutta on Friday banned the sale, purchase and use of all fireworks during Kali Puja, Diwali, Chatt Puja, Jagadhatri Puja, Guru Nanak Birthday, Christmas and New Year celebrations this year to check air pollution amid the COVID-19 pandemic.

The court issued an order on the Personal Protection Act seeking a ban, and the court said the term “firecrackers” would cover all types of sparks as well as other similar materials, whether or not their explosion or combustion involved sound or light generation.

The notification said WBPCB: “District judges and police commissioners/police superintendents/police authorities shall implement the directives. The Daily Actions Report shall be submitted to the West Bengal Pollution Control Board in the prescribed initial form.”

Just two days ago, the WBPCB issued a notice allowing the sale and detonation of green fireworks from 8pm to 10pm on Diwali and Kaliboga days, 6am to 8am on Chat Puja and for a limited time on Christmas and New Year days.

An official said the previous order was now “cancelled.” Babla Roy, president of Paschim Banga Atosh Bazi Unnayan Samity, an organization of fireworks sellers in the state, claimed that they petitioned the Supreme Court in favor of 31 people who were involved in the industry.

The Supreme Court said, Friday, that there is no complete ban on the use of fireworks, and only fireworks containing barium salts are prohibited. “In compliance with the order of the Honorable High Court, we have decided not to hold the fireworks fair in North Kolkata which was supposed to start next week before Diwali,” he said.

Environmental advocate SM Ghosh praised the Supreme Court’s order and said it was difficult for management to distinguish green crackers from other fireworks.

Read also: No fireworks in Agra on Diwali, traders will lose Rs 70 crore