Carbon emissions must stop: UP CM Yogi Adityanath in the epicenter of climate change 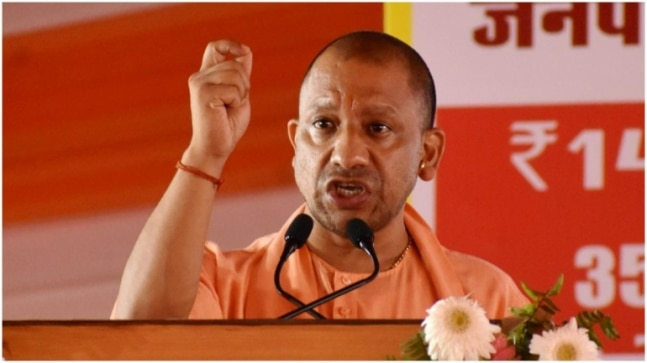 The secret meeting was inaugurated by Chief Minister Yogi Adityanath in Indira Gandhi Pratishthan. Many experts from all over the country have arrived in Lucknow to take part in it. In nine different sessions, experts discussed ways to reduce the impact of climate change.

“Being the state with the largest population in the country, our responsibility is also the most, and the state government is working faithfully to discharge its responsibility with full commitment,” CM Yogi Adityanath said.

CM Yogi Adityanath said the Uttar Pradesh government has planted 100 crore seedlings in five years to protect the environment. “Today, we have the capacity to plant 100 crore seedlings per year. Nurseries for 100 crore plants have also been prepared for this purpose,” he added.

Four technical sessions were held on Thursday, while five sessions were held on Friday. In these, the damages caused by climate change and ways to prevent them are discussed. The expert said that if appropriate steps are not taken at the right time, future generations will suffer the most.

In one important session, scientists warned that India will become an extremely hot country if global warming continues. Similarly, concerns have been raised several times about the increasing level of carbon emissions.

Uttar Pradesh CM Yogi Adityanath said: “If climate change continues in this way, it will have a serious impact. For this, everyone must act on a large scale. In particular, carbon emissions must be stopped. For this, especially cow dung gas plants will have to be established. This experience is in Kashi and Gorakhpur. Whether it is the Namami Ganj project, or the task of water conservation or hygiene, through all these, central and state governments are working on such projects.”

Most importantly, in this secret meeting, the scientists and the committee stated that Uttar Pradesh could play a huge role in controlling the Earth’s temperature and carbon sequestration. An exhibition was also organized on this occasion, in which climate change and air pollution technologies were explained.

On the other hand, President of the National Green Tribunal (NGT) Judge Adarsh ​​Kumar Goel spoke about the legal framework of laws related to environmental protection in the country. He said the laws were effective and efficient in dealing with the legal challenges arising from climate change.