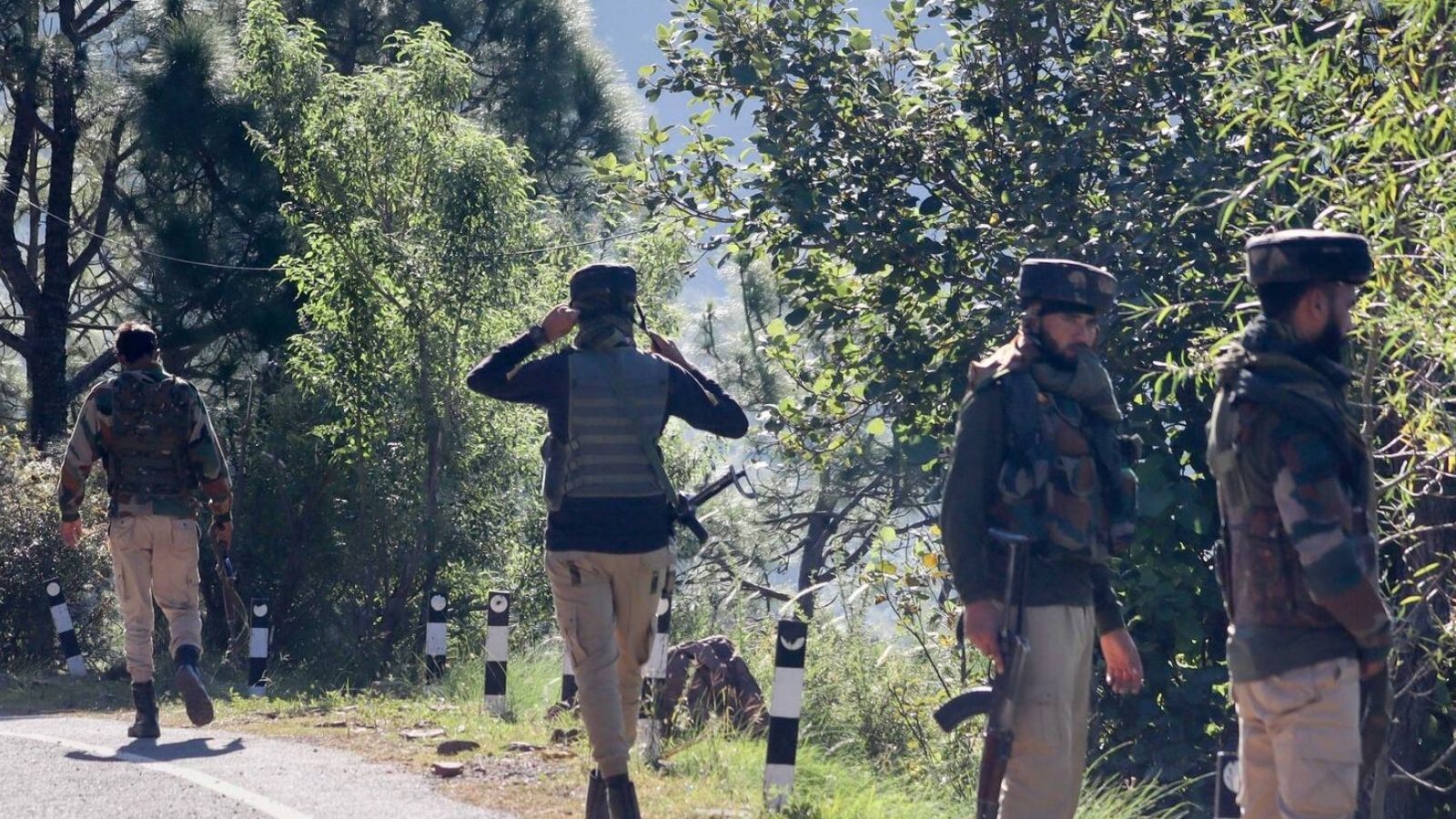 Jammu: Despite bad weather, officials said the counter-insurgency operation continued for the 13th day on Saturday in the forest belt of Poonch and Rajouri districts of Jammu and Kashmir where nine army personnel were killed in two separate attacks that terrorists hid last week. They said two other suspects were taken into custody for questioning as the joint army and local police search teams moved cautiously in the dense forests of Mindar and Surankot in Poonch and near Thanamandi in Rajouri to track down the terrorist hideouts.

A military official said that a large part of the forest has been cleared in the past 12 days, and now the search area is limited to an area that includes a number of natural caves. The official said there was no contact with the terrorists after the initial clashes on October 11 and October 14. And the search area was expanded in search of terrorists, expressing the hope to conclude the operation by clearing the natural caves within a day or two. Depending on weather conditions.

Two suspected improvised explosive devices were destroyed by army search teams in Bhatta Durian Forest in Mindar, as local residents were asked not to go out of their homes on Tuesday as a safety measure as troops advanced into the dense forest. The operation in the forested areas of the Twin Borderlands began on October 11 when terrorists ambushed a search group killing five soldiers, including a junior non-commissioned officer (JCO), in the Surankot forest in Poonch before another gun battle in nearby Thanamandi in the same Today.

The terrorists fled from the two places after the confrontations. On October 14, the terrorists beat them again and killed four soldiers, among them the Justice and Charity group, in a special fire forest in Mandhar where the security forces expanded the cordon and search operation to neutralize the fleeing terrorists.

Officials said that drones and helicopters were pressed to assist the marching forces, including commandos, in the 8 km x 2 km jungle four km from the Line of Control. The officials said that the entire jungle belt is still under a tight security cordon to neutralize the terrorists, adding that the area is mountainous and the forests are dense, which makes the operation difficult and dangerous.

Officials said that two people, who were porters with the army, were detained from Masandhara in Surankot district for questioning, bringing the total number of people detained to 12. The nearby districts allegedly provided logistical support to the terrorists.

They said that a terrorist who was held in Kot Palwal prison in Jammu was also under interrogation. Meanwhile, traffic between Mandhar and Tanmandi along the Jammu-Raguri Expressway remained suspended as a precautionary measure for the eighth day on Saturday following the ongoing operation.

Rajouri and Poonch in Jammu region have seen a rise in infiltration attempts since June this year, killing nine terrorists in separate encounters.