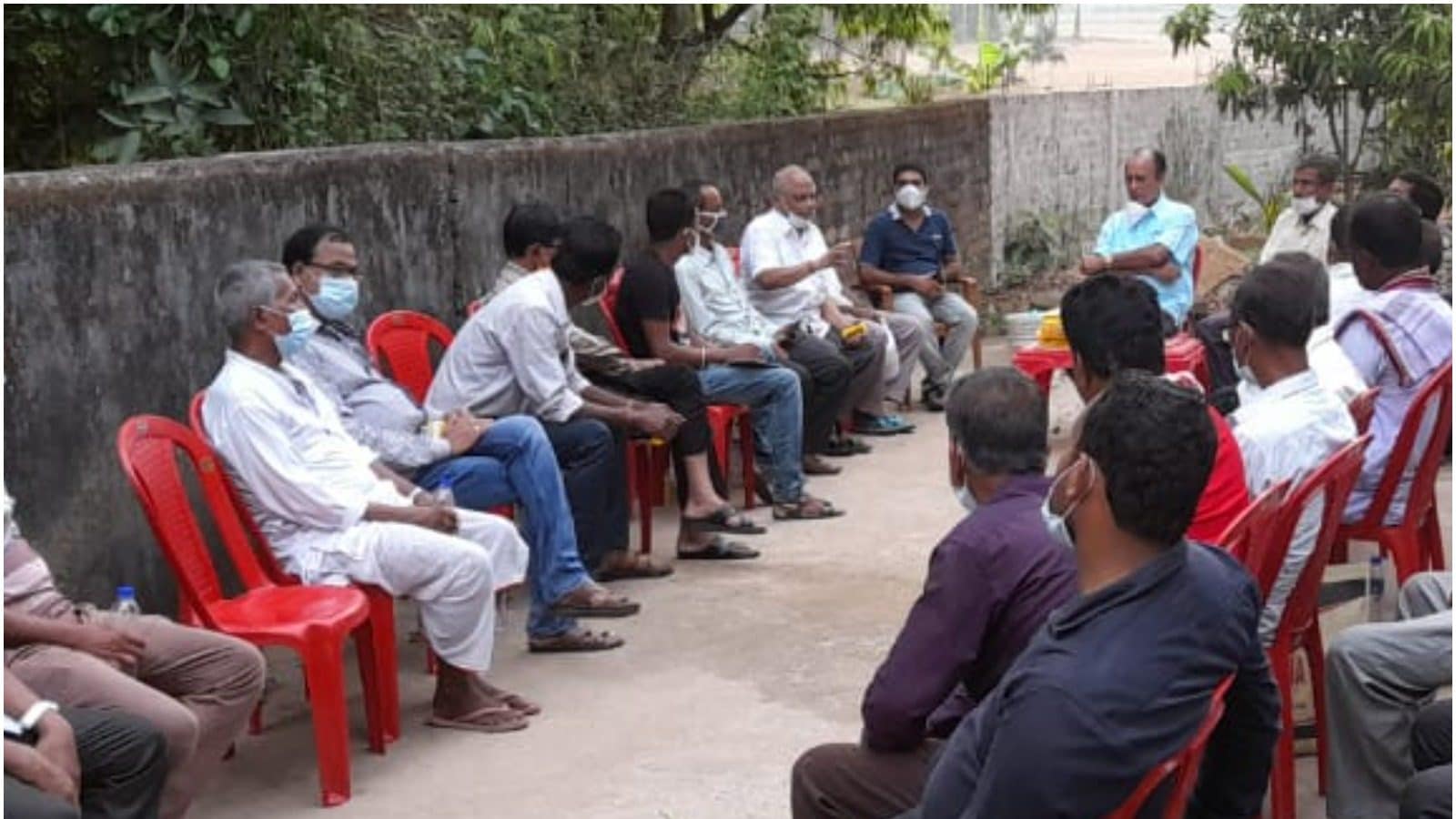 The vanishing river also left a mark on the health and well-being of the people living around it. We are tired of aquatic weeds (lilies) that cover the stagnant water at the bottom of the river like a thick mat. “These weeds not only turned the water into a breeding ground for mosquitoes and flies, but also turned into a haven for venomous snakes,” said S.D. Sajid Ali (48) from Praharjpur.

is reading: Hundreds of villages in Odisha vanish on the banks of the dying Sukapaika River

Roshan Rath, anecdotally, says he hears at least 10 cases of snakebite every year. “Cuttack’s sanitation department gets a huge amount to remove weeds but they don’t put much effort into it. Rather they steal huge sums of money. Ratikanta Patnaik (48), a villager in Praharapur, said groups of villagers are removing some The river stains from time to time, but the weeds soon grow back.”

Riparian community members devise strategies during a meeting in the village of Budhapur to revive the Sukapaika River in April this year. (Photo: Roshan Rath)

Raising concerns about lilies growing on the river bed, Prasad K. Dash, a scientist at the Odisha Biodiversity Council, said these invasive species are an indicator of poor environmental health. Lilies create a favorable environment for the growth of pathogens, insects and mosquitoes by blocking sunlight essential to aquatic life. He emphasized that weeds are difficult to get rid of and that fresh water flow may be beneficial.

Dr Ashok K. Satpathi, a pediatric specialist at the Kalinga Institute of Medical Sciences (KIMS) Rural Training Center in Calarabanca, which is located on the Sukapaica bank, said, “The number of patients with various skin diseases and vector-borne diseases such as scabies, malaria and dengue fever has risen since the river’s death.” He attributed the reason to the unhealthy condition caused by the lilies.

As these multi-faceted traces unfolded, encroachment was increasing along the river.

“The unscrupulous people have built brick kilns, they have developed ponds and other buildings including houses downstream,” said Sajid Ali, 48, from Prahapur. “Many people have even obtained 99-year beta lease through illegal means.” He added that the land of Bata on the river would amount to more than 500 acres along the entire river. Activists and journalists who tried to find out the nature and extent of these abuses were met with silence.

RTI activist Prashant Pradhan, born in the riverside village of Kamarpada in Darina Panchayat, applied to Kishan Nagar Tahsildar under the Right to Information Act in 2003, and then again in 2010 regarding the legal status of these leases. However, he has not received any response yet. Sushant Jena, a reporter for a colloquial daily newspaper, also sought to know the status of encroachment on the Sukapaica River under RTI in 2019 and then more recently in June 2021. He also received no response.

If this evasion is any indication, Sukapaika Bachao Abhiyan (SBA) has her job cut short. The bridge that separates the Sukapaika River from the original Mahanadi River has its origin in Ayatpur. (Photo: Roshan Rath)

SBA was born in 2016 under the leadership of Dr. Rath and was an attempt to bring affected communities together. Dr Rath said the group gained momentum in 2019, and currently, there are more than 10,000 farmers, fishermen, doctors, engineers, advocates and educational experts.

In January 2020, more than 8,000 villagers signed a petition requesting the construction of a dam gate near Ayatpur to re-flow the riverbed; This was submitted to Chief Minister Naveen Patnaik, Sisir Das (65), a senior lawyer and legal advisor to the SBA, who resides in the riverside village of Praharajpur, said.

They moved the state Human Rights Commission in August 2020, citing the drastic impacts on the health and livelihoods of about 10 people. They also moved the National Green Court (NGT) in January 2021 under sections 14, 15, 16, 17 and 18 of the NGT Act 2010, to appeal the court to direct the Odisha government to reopen the estuary, according to Cesser.

In January 2021, a team of officials from the Departments of Revenue and Water Resources, led by district collector Bhabani Shankar Chainii, visited the river along the 27-kilometer stretch – from its origin until the river joins the mother river Mahanadi – to assess the situation. . Al-Shayni directed the revenue authorities to take immediate steps to remove the excesses. SBA also relocated Secretary of Water Resources Management Anu Garg in February 2021, after which, management officials visited the river and prepared a work plan of Rs 44 crore to revive it, Rath noted.

At a review meeting chaired by Cuttack MP Bhartohari Mahatap on July 2 this year, SHINee directed the Water Resources Department to prepare a detailed report on the project to push the revival plan forward.

While the Cuttack District Collector and the engineer in question cannot be contacted to take on this issue, those who are fighting for the river know that removing the encroachments will be the biggest challenge to the government. According to Dr. Rath, many people obtained the patta downstream by lubricating the palm trees of some officials.

Ironically, the alleged trespassing case may have occurred in Rath’s backyard. A pond was built in the village of Budhapur in the middle of the Sukapaika River in 2019 at a cost of 16,000 rupees. According to Dr. Rath, while the pond is of great benefit to people, its construction on the river bed was illegal and was done without permission from the Department of Revenue.

However, Buddhapur Sarpanch Chagala Behira asserted that the pond was not built on the river bed, but on the river bank on unused government land identified by Teseldar. He pointed out that this is illegal and is the only source of water for people and animals in the village, especially during harsh summers. He added that the panchayats will soon lease the pond for fish farming.

The SBA and other community members are cautiously optimistic to see their efforts begin to move some pieces onto the board, but they know it will be a tough battle and it will be close to home. The villagers warned that they would take to the streets if the government failed to revive the river with immediate effect. They have already lost a lot.

(The author is a freelance journalist based in Bhubaneswar and a member of 101Reporters.com, a grassroots all-India network of reporters.)