The Indian Reserve Battalion Gwan of Mizoram, identified as Laldintluanga, which was roaming the site of the explosion, was captured. 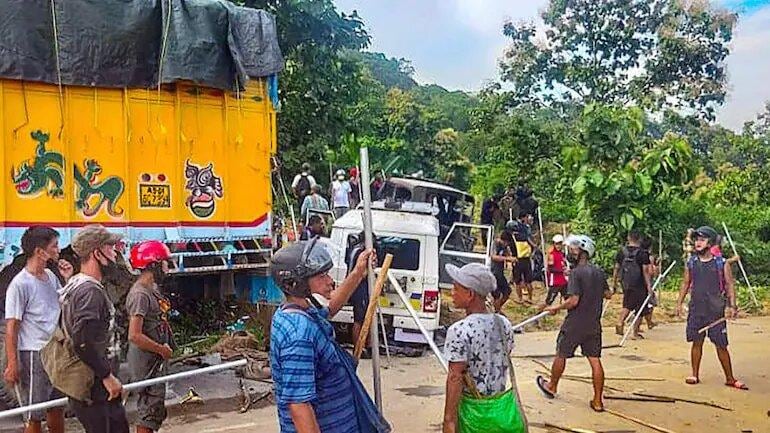 Earlier on 26 July a clash between the two states police forces on the disputed border area killed seven people – six Assam policemen and a civilian – and injured more than 50, prompting the center to intervene. (Image file: PTI)

Tension erupted again along the Assam-Mizoram border after a low-intensity explosion near a police post early Saturday morning in the Hailakandi district of Assam. Hailakandi District Police Superintendent Gaurav Upadhyay said the Indian Reserve Battalion Gwan of Mizoram, identified as Laldentluanga, who was roaming at the blast site, was arrested. A piece of detonating wire that was used to detonate the explosives was reportedly recovered.

Read also | Assam, Mizoram issues a statement regarding the border dispute, says you will find solutions through discussions

Police cordoned off Bhaichira district under Ramnathpur police station near the interstate border after the blast at around 1:30 am on Saturday.

“After the explosion which was suspected to have been caused by miscreants from Mizoram, senior police officials rushed to the site and found the Goan of the 1st IRBN of Mizoram. But we did not get any satisfactory response from the Mizu Goan and arrested him and sent him to judicial custody,” said Gaurav Upadhyay. “.

A case has been registered with Ramnathpur Police.

The blast occurred in the area just two days after the Assam police objected to the construction of a watercourse in the Kachurtal district on the Assam side of the border in Hailakandy.

“The RCC stream was built by Mizoram on October 26 and we objected to it. In the end, Mizoram stopped construction work and removed all equipment from the site.”

He further said that the situation is under control and a sufficient number of security personnel have been deployed to maintain law and order along the border.

Earlier on July 26, a A clash between the police forces of the two states In the disputed border region it left seven dead – six Assamese policemen and one civilian – and more than 50 injured, prompting the center to intervene.