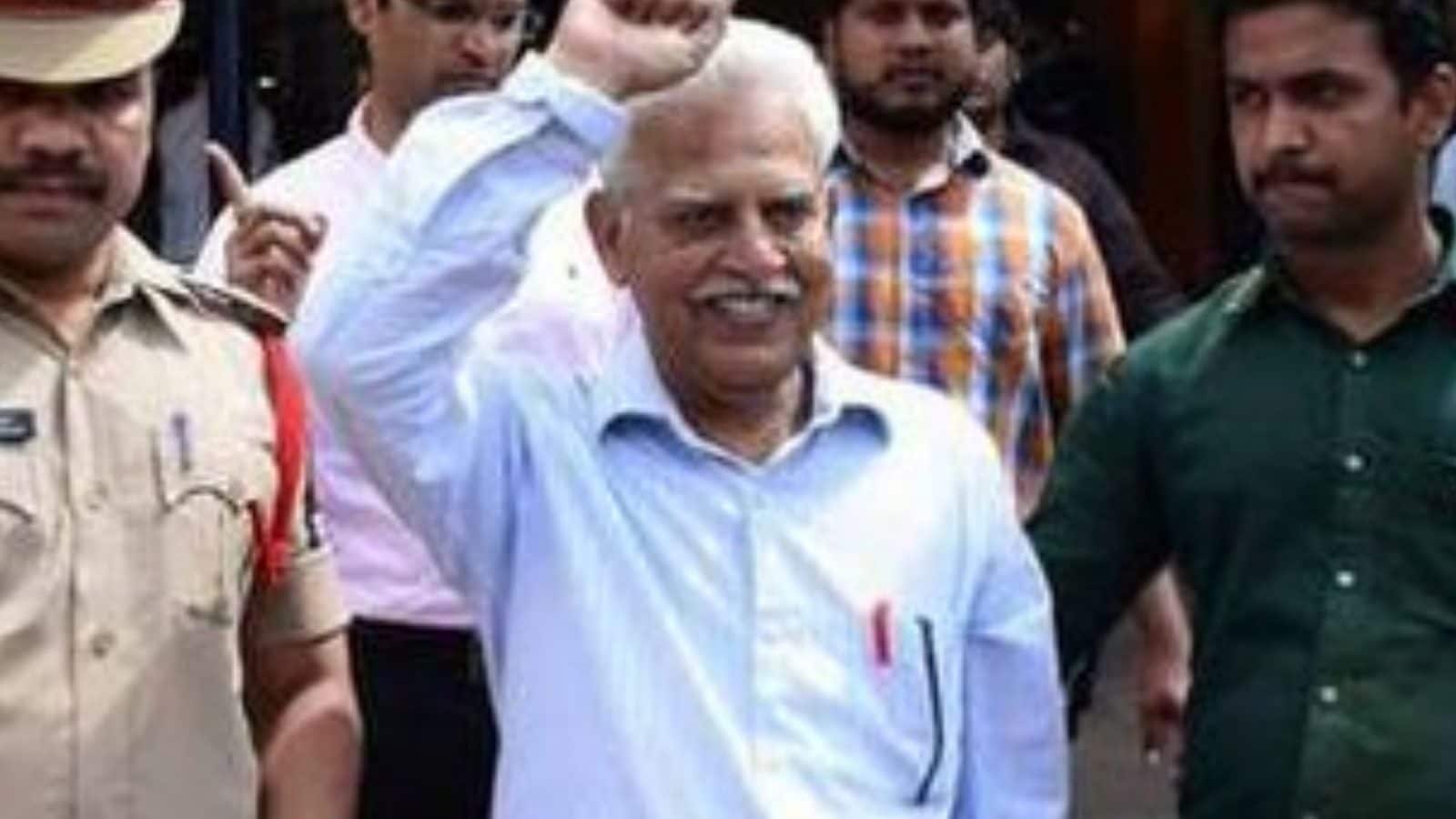 Mumbai: The Bombay High Court on Tuesday said that poet Varavara Rao, accused in the Ilgar Parishad-Maoist case, who has been released on provisional bail, does not need to surrender before the Taluga prison authorities until November 18, and adjourned the hearing on his petition. for the next month. Rao, 82, was granted six-month temporary bail on medical grounds by the High Commission on February 22 this year. He was due to turn himself in and return to judicial custody on 5 September.

However, Rao filed an application last month through his attorney R Sathyanarayanan and Senior Counsel Anand Grover, requesting an extension of the bail period. He also sought the High Commissioner’s permission to remain in his hometown of Hyderabad while out on bail, however, the National Investigation Agency (NIA), the agency investigating the case, opposed Rao’s petition to extend his medical bail and move to Hyderabad, saying the octogenarian does not The activist poet’s medical reports indicate that he suffers from any serious illness.

In an affidavit submitted to the High Commission last month, the National Intelligence Agency said Rao’s medical reports did not reveal any major illness, forcing him to receive treatment in Hyderabad, nor did they form the basis for a further extension of bail. On Tuesday, the Board of Judges Nitin Jamdar and SV Kotwal postponed the hearing on Rao’s appeal due to time constraints.

The bench also asked Rao to file a separate petition for permission to move to his hometown while on medical bail, and as part of the strict conditions imposed on his release on temporary bail by the High Commission, Rao was staying with his wife in a rented accommodation in Mumbai.

At the time he was released on bail, Rao was undergoing treatment for several ailments at the private Nanavati Hospital in the capital, where he was admitted by Maharashtra State Prison authorities after the intervention of the Supreme Committee. The ‘Ilgar Parishad’ meeting, held in Shanywarwada in Pune on December 31, 2017, which police claimed caused violence the next day near the Koregaon-Bima war memorial on the outskirts of the city.

The Pune police had claimed that the café was supported by the Maoists. The investigation into the case, in which more than a dozen activists and academics were accused, was later transferred to the National Intelligence Agency.