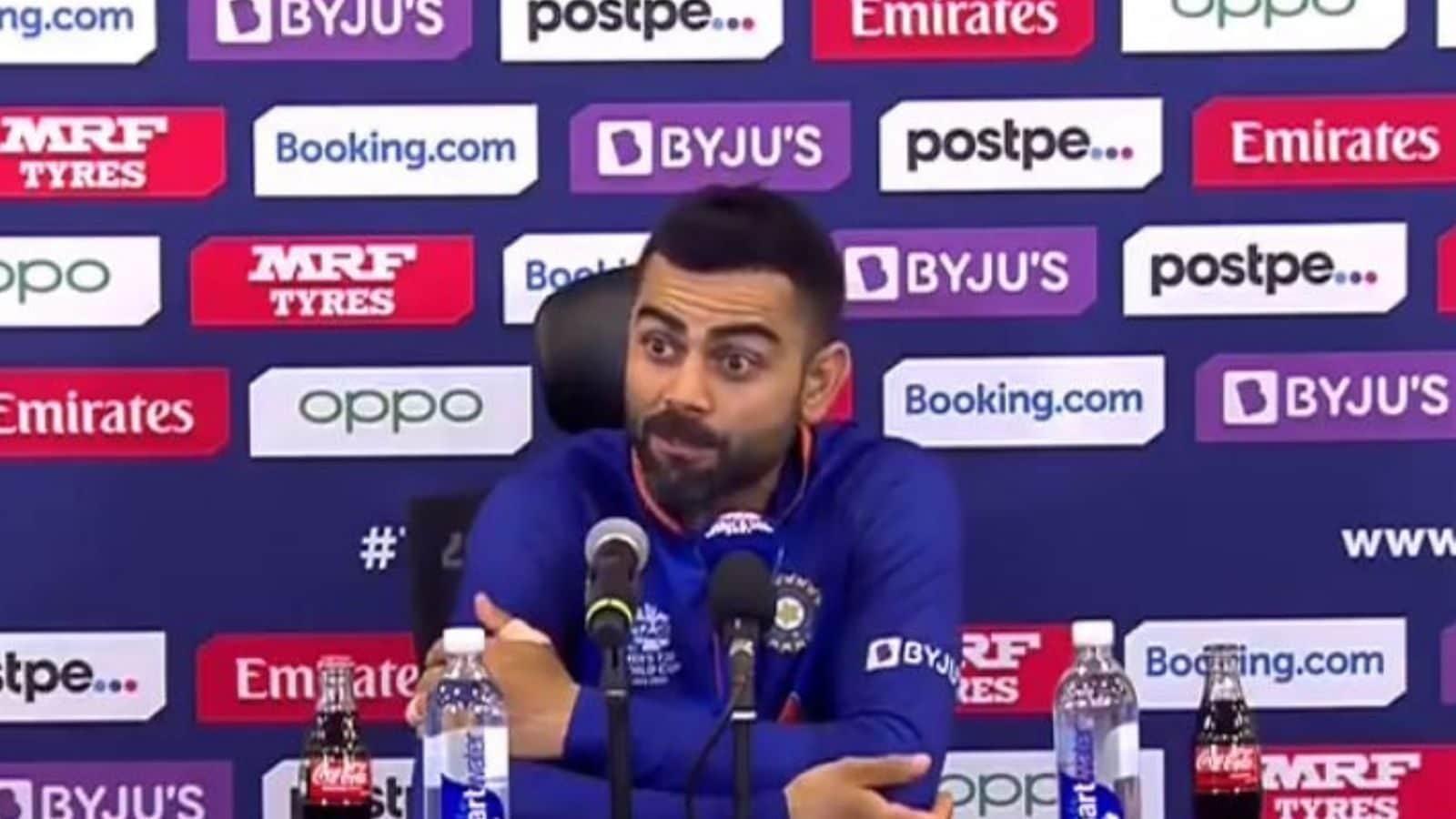 After India lost to Pakistan in the opening match of the 2021 T20 World Cup by 10 wickets, India captain Virat Kohli faced some tough questions during the post-match press conference and was even puzzled by one about Rohit Sharma’s place in play. eleventh. Sharma was cleaned by Shaheen Afridi in the first round of the match to get his first ball duck and eventually found themselves reeling early after being put on the racket.

Ishaan Kishan, Sharma’s team-mate with the Mumbai Indians, did not find a place in the XI and one of the questions was whether the former India Under-19 captain could find a place at the top of the standings at Sharma’s expense.

Kohli seemed puzzled by the query and recalled saying that it was a brave question to ask, calling it incredible.

The captain did not stop there and continued, with a wry smile: “Unbelievable. Sir, if you want to argue, tell me before so I can answer accordingly.”

After losing both openers (KL Rahul for 3), Kohli cemented the roles with 49 balls 57 to help India 151/7 but was overtaken by Pakistani opening duo Babar Azam (69*) and Muhammad Rizwan (78*) who put in An undefeated position of 152 points, to lead Pakistan to its first victory in the World Cup over its arch-rivals.

Asked if India was taking Pakistan lightly given the team’s superior head-to-head record, Kohli was not amused again.

As it happened: India vs Pakistan

“You know it’s amazing what the reality is and what ideas people will have outside,” said the commander. “There’s no shame in accepting that the opposition played better. They didn’t let us in at any stage and they didn’t.” Please allow us to pressure at any stage.”

This was India’s first World Cup defeat to Pakistan in 13 matches, and by the way, this was their first loss by ten wickets in the T20Is. India will next play New Zealand on October 31, while Pakistan face the Black Caps on October 26.