India and Italy to cooperate in green hydrogen and gas sector 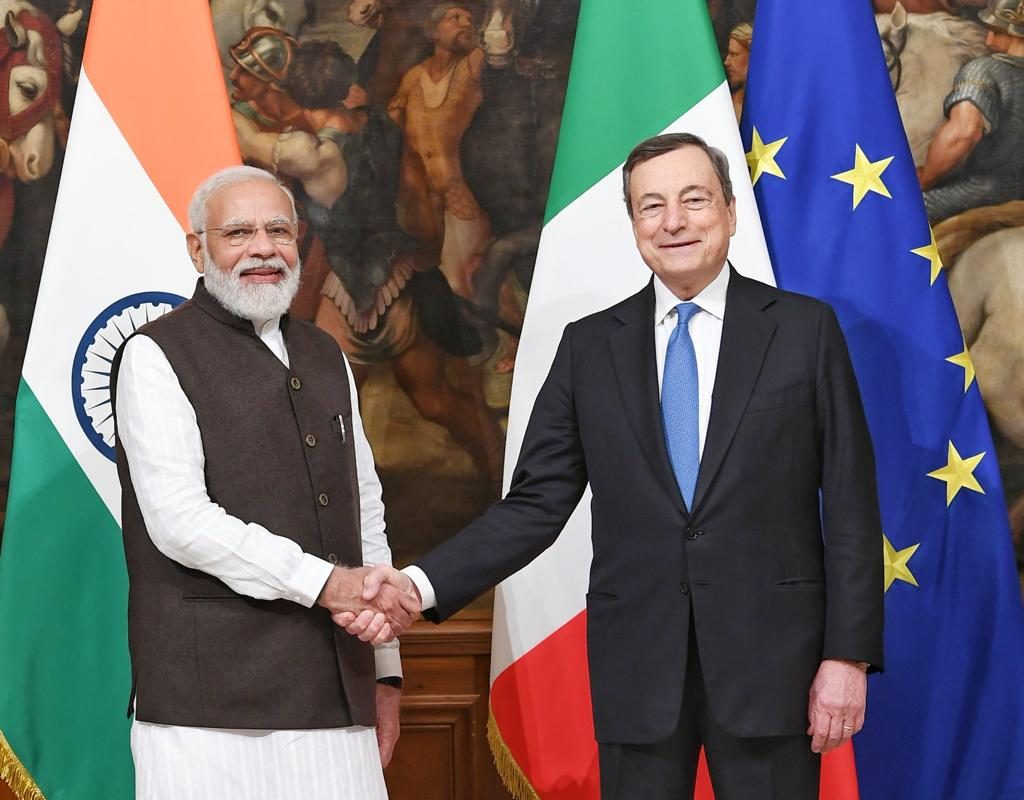 India and Italy agreed to explore the development of green hydrogen, create renewable energy corridors, and joint ventures in the natural gas sector as the two countries sought to strengthen the partnership in energy transformation. In a joint statement issued after Prime Minister Narendra Modi held his first personal meeting with his Italian counterpart Mario Draghi on the sidelines of the G20 Summit in Rome, the two leaders agreed to encourage joint investments by Indian and Italian companies in the energy transition. Related fields.

They agreed to “initiate a dialogue to support the development and deployment of green hydrogen and related technologies in India” as well as “consider working together to support a large scale green corridor project in India to take advantage of India’s target to produce and integrate 450 GW of renewable energy by 2030.” The two leaders also agreed to “Encouraging Italian and Indian companies to develop joint ventures in the natural gas sector, decarbonization technology innovation, smart cities and other specific areas (eg: electrification of urban public transport)”. India has set an ambitious capacity-building target to generate 450 gigawatts of electricity from renewable sources such as solar and wind and more than double the share of natural gas in its energy basket to 15 percent by 2030 as it transitions to a low-carbon economy. It also studies increasing hydrogen production from all sources, especially green hydrogen as part of the energy transition pathway. The joint statement said the joint working group established under the Memorandum of Understanding on Energy Cooperation, signed in Delhi on October 30, 2017, will be tasked with exploring cooperation in areas such as smart cities. Mobility, smart grids.

The group will also explore cooperation in electricity distribution and storage solutions. gas transportation and promotion of natural gas as a bridge fuel; Integrated waste management (turning waste into wealth); and green energy (green hydrogen; compressed natural gas and liquefied natural gas; bio-methane; bio-refinery; second generation bio-ethanol; castor oil; bio-to-fuel waste oil). The two leaders also agreed to “exchange useful information and experiences especially in the area of ​​policy and regulatory framework, including possible means to facilitate the transition to cleaner and commercially viable fuels/technologies, long-term grid planning, and incentive schemes for renewables and efficiency. As well as in relation to financial instruments to accelerate the transition to clean energy.” They acknowledged the significant progress in bilateral relations since the adoption of the Action Plan for Strengthening the India-Italy Partnership (2020-2024) on November 6, 2020. They expressed their intention to enhance cooperation in the strategic sectors covered by the Action Plan, including the cross-cutting issue of accelerating the clean energy transition. To combat climate change, which is central to both the G20 Leaders Summit in Rome and COP 26 in Glasgow.

They also referred to the India-EU Leaders Meeting held in Porto on May 8, 2021, where the EU and India highlighted the urgent need to address the interrelated challenges of climate change, biodiversity loss and pollution. The two leaders agreed to deepen cooperation to accelerate the deployment of renewable energy, including the deployment of innovative renewable technologies such as offshore wind power and exploiting the potential of green hydrogen, enhancing energy efficiency, developing smart grids and storage technologies, and modernizing the electricity market.

In addition, the two sides agreed on the critical importance of cost-effective integration of an increasing amount of renewable energy into their respective energy systems, as a key asset for an efficient clean transition that generates jobs and GDP growth and promotes universal access to energy while eradicating poverty energy “. From this perspective, the two Prime Ministers appreciated India’s intention to deploy 450 gigawatts of renewable energy by 2030, as well as Italy’s prompt ratification and active support of the International Solar Alliance, and agreed to launch a bilateral strategic partnership in the field of energy transformation. Such a partnership would build on existing bilateral mechanisms, including by giving a new impetus to cooperation in renewable energy and sustainable development between the Italian Ministry of Environmental Transformation and its Indian counterparts, i.e. the Ministry of New and Renewable Energy, the Ministry of Energy and the Ministry of Energy. She added that oil and natural gas.