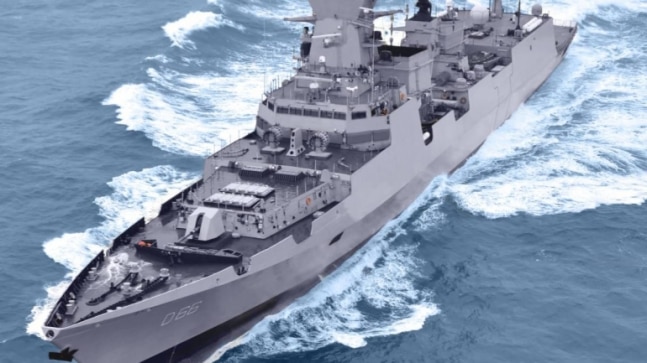 The statement said the construction and delivery of this vessel – named ‘Visakhapatnam’ – is further evidence of the impetus given by the government and the Navy to local warship building programmes. 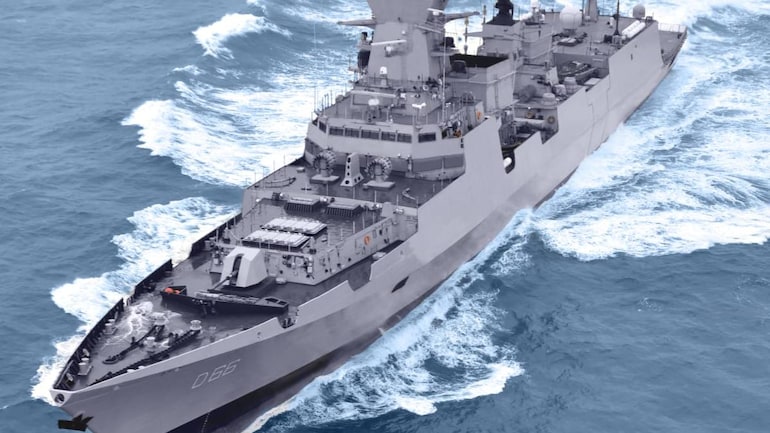 The stealth missile destroyer was delivered to the Indian Navy on October 28.

An official statement on Saturday said the Navy took delivery of its first P15B guided missile destroyer on October 28, Thursday. The destroyer is built at Mazgaon Dock Limited (MDL).

The contract for four ships of Project 15B, as Visakhapatnam class ships are known, was signed in January 2011. This project is a follow-up to the Kolkata (Project 15A) class destroyers commissioned in the past decade.

Designed by the Naval Design Directorate, an interior design organization of the Indian Navy, and built by Mazagon Dock Shipbuilders Ltd, Mumbai, the four ships are christened after major cities from across the four country, such as Visakhapatnam, Mormugao, Imphal and Surat.

The Visakhapatnam keel was laid in October 2013 and the ship was launched in April 2015. The design has largely preserved the shape of the hull, thrusters and various platform equipment, weapons and key sensors such as the Kolkata class to take advantage of the series production.

The battleship has a length of 163 meters, a full payload of 7,400 tons and a maximum speed of 30 knots. The total local content of the project is about 75%.

Apart from countless original equipment in the “Float” and “Move” classes, the destroyer was also installed with major domestic weapons.

The handover of Visakhapatnam is an affirmation of the momentum given by the Government of India and the Indian Navy towards ‘Aatmanirbhar Bharat’ as part of 75 years of Indian independence.

The launch of the destroyer, despite the challenges of Covid, is a tribute to the collaborative efforts of a large number of stakeholders and will enhance the country’s naval prowess in the Indian Ocean region.