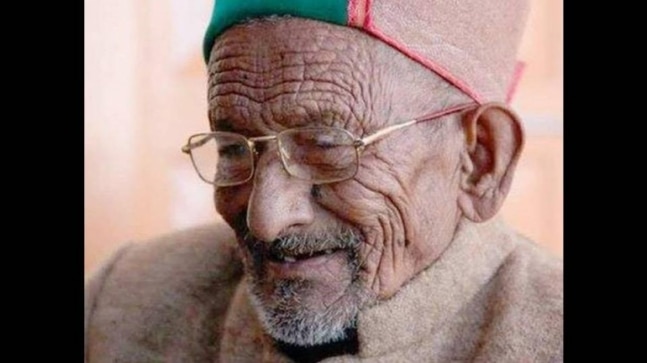 Shyam Saran Negi, a retired teacher who cast his first vote in independent India in the 1951 general election, voted in the Mandi Parliament in Himachal Pradesh on Saturday. 104 years old. Shyam Saran Negi, a retired teacher who cast the first vote in independent India in the 1951 general election, Vote in Parliamentary Brigade Mandy In Himachal Pradesh on Saturday. He is 104 years old.

Shyam Saran Negi cast his vote at the Kalpa model polling station in Kinnor district of Himachal Pradesh. He was greeted by Deputy Commissioner Kennor outside the polling station and the district administration laid out a red carpet to welcome him. Traditional musical instruments were also played.

“Everyone should vote for the country’s development and elect a clean government,” an agency report quoted Shyam Saran Negi as saying.

On October 30, the Mandi Lok Sabha seat and three seats in the Himachal Pradesh Assembly in the state were voted on. The three constituencies of the assembly in which the by-elections were held are Fatehpur, Arki and Gopal Kotkhai.

In Mandi, the competition took place between Brigadier General Khushal Singh Thakur of the ruling BJP, Pratibha Singh of Congress and others. Pratibha Singh is the wife of former Prime Minister Virpadra Singh.