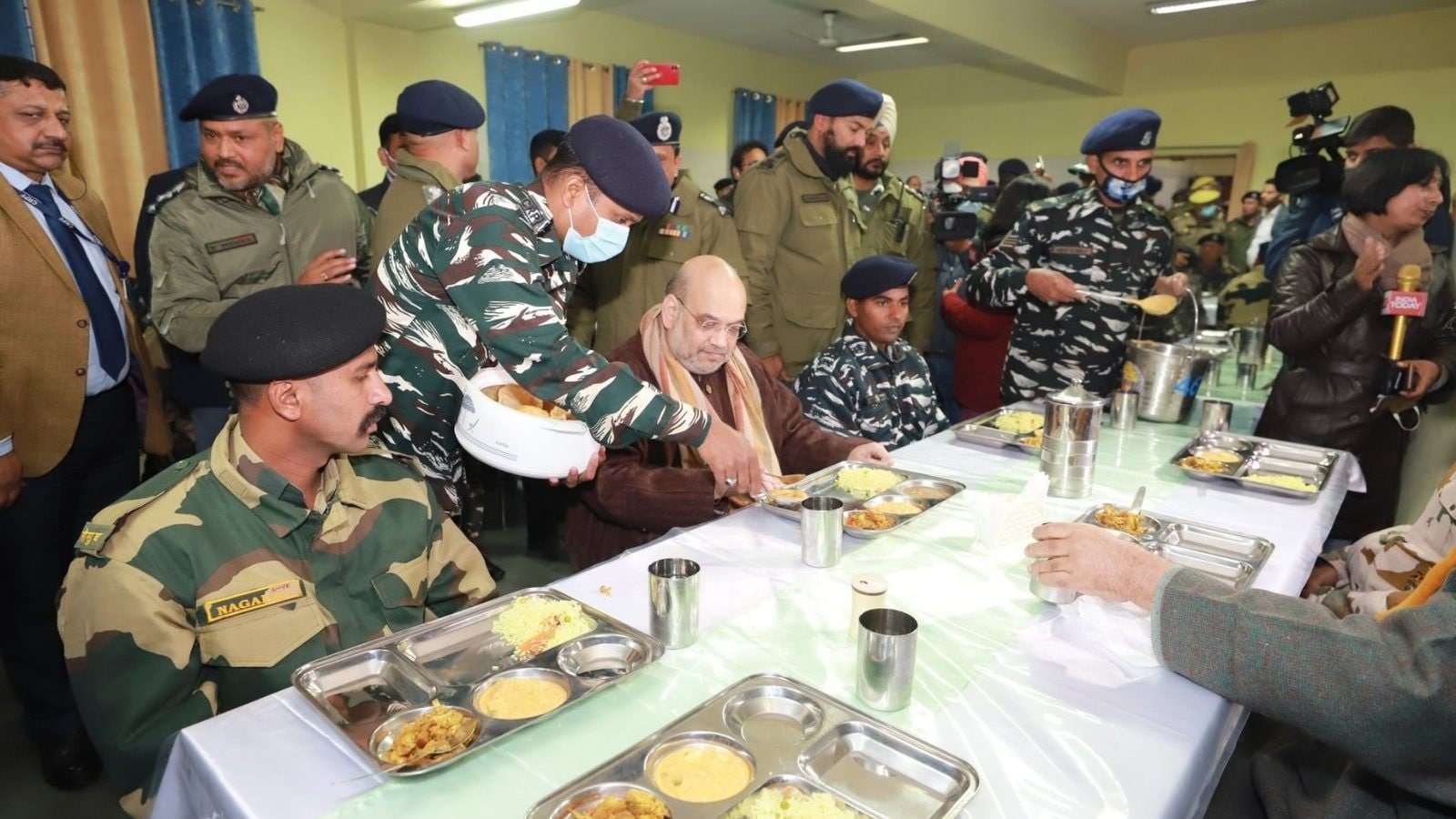 For the first time in many years, the government of Jammu and Kashmir is allocating most of the land to the Central Reserve Police Force (CRPF) in 10 places in restive south Kashmir to build permanent facilities for troops and families. The exclusive enclaves will be built at four locations in Pulwama and three locations each in Shopian and Anantnag, according to a new government order issued on Thursday.

This is the first time after repealing the provisions of Article 370 that a large tract of land, 65 acres, has been allocated to the CRPF. The order to allocate the land to the force was issued by the Administrative Council led by the Deputy Governor of Jammu and Kashmir Manoj Sinha.

An official in the Central Reserve Police Force said that they can build permanent camps for its members and their families and will undertake the construction soon. However, he said, the paramilitaries as an institution, and not as an individual, would receive property rights over the land.

The move is seen as a major departure from the past given that the allocation of land to the security forces is now smooth and without any official controversies. The official said successive governments in the past would find ways to disrupt land allocation.

Also, due to the heavy presence of shoes on the ground, there was no popular outrage against the decision. Even social media platforms are silent about development.

“There is an urgent need for safe and decent housing for members of the Police Reserve and their families. It cannot be placed in miserable housing,” a senior government official told News18.

He said the allotment of land is expected to settle the “residency issues in Kashmir” under the Reserve Police Force in the coming years, as well as ensure spaces for permanent stationing of forces. “Kashmir was not normal and we needed the required number of troops at all times and for that we needed permanent facilities.”

There are a few large camps in Kashmir that have been set up decades ago, but since the fighting started and the Central Reserve Police Force was brought in to fight, personnel have had to make do with makeshift camps including hotels around Dal Lake.

The latest move provoked reactions from some political parties.

Najm Saqib, a spokesman for the HDP, called it a “land grab exercise”, saying this would alarm Kashmiris who suspected the government was planning a demographic change in the valley. of forces and disarmament. Allocating more land in an already militarized area to the security forces is an acknowledgment by the government that things are not going well after the August 5, 2019 decision (to strip J&K of its special status). We have recently seen the breakdown of law and order and the government doubling down on its aggressive stance towards the people of Jammu and Kashmir.” “We have to look at the aspect of expelling people from their lands and giving more land to the security forces, which plays a role in people’s fears that August 5 was all Something about land grabs.”

However, in welcoming the move, BJP senior leader and former Deputy Prime Minister Nirmal Singh, without naming anyone, criticized the Kashmiri regional leaders for duplicity and said they indulged in “politics of deception”. They, on the other hand, will not give them land. Will they live in the air? They seem to be at a crossroads.”

With the repeal of Article 370, the new laws encouraging any Indian to buy land in Jammu and Kashmir have the potential to stir up tension among the population as the government tries to boost security in open areas in preparation for bringing in more people. Later to change the demographics of the valley.

A senior government official dismissed such concerns, saying that CRPF is the real suffering when it comes to permanent housing. During elections or in law and order issues, we have to accommodate them in schools and government offices. There is a need to build permanent facilities for them. As Kashmir is a border region, it should have more such facilities.”

At least 25 new CRPFs were brought to Kashmir on the eve of Union Home Minister Amit Shah’s recent visit. New bunkers and roadblocks have been installed in Srinagar after civilians including some non-local vendors were killed by terrorists.

The government said in a separate order that families of the dead would be entitled to government jobs in Jammu and Kashmir on humanitarian grounds. Prior to the repeal of Article 370, these jobs were reserved for relatives of local residents who were killed in incidents of militancy.