New tensions at the Assam-Mizoram border with an explosion near a police station; one conditional contract 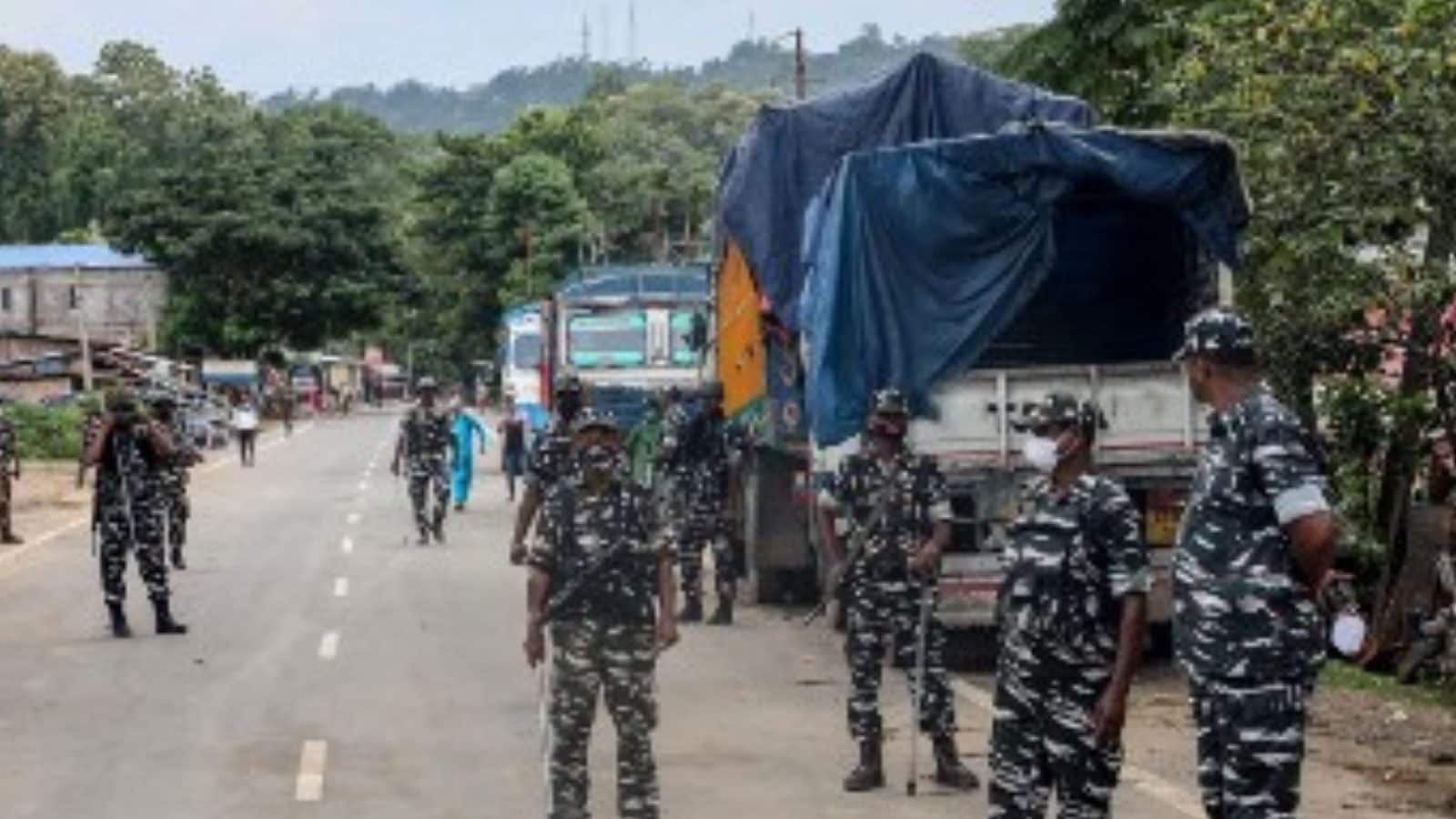 New tensions erupted between Assam and Mizoram along the interstate border in Hilakandi district after an explosion near a police post and the arrest of a Mizoram policeman for his alleged involvement in it, a senior official said on Saturday. The “low intensity blast” occurred near the Assam Police Paishera outpost at around 1:30 am on Friday, Hailakandy Police Superintendent Gaurav Upadhyay told PTI.

The incident occurred about three months after a clash between northeastern Nippur police forces in a disputed border area in Kashar district, killing seven people including six Assam policemen. Our focus was on a hill and the explosion occurred directly below it. After the explosion, we immediately cordoned off the area with the help of neutral central forces and began an investigation. Upadhyay said he couldn’t explain why he was there.

We carried him and during the interrogation we found that he was involved in the explosion. He added that the explosion occurred just two days after the Assam police objected to the construction of a bridge in Kashortal district on the Assam side that was abandoned after a confrontation erupted around it in August.

“After we intercepted and the center intervened, Mizoram stopped the construction of the bridge. But on October 26, they started working on it again. When we intercepted, they left without taking their equipment,” Upadhyay said. On August 20, a few workers from Mizoram were trying to build a bridge in Kashortal under Ramnathpur Police Station. About 40-50 security personnel from Mizoram arrived at the site. When the Assam Police objected to the construction.

Two days later, in order to confirm Assam’s position and demand Mizoram’s forces to withdraw from the Assam side of the bridge, a team of about 200 Assamese police and special forces under the command of Upadhyay arrived at Kashurtal and the case was settled. “Today, the Mizoram administration came to the bridge site and dismantled the construction they had started. They also confiscated all their equipment and machinery.”

A clash between Assam and Mizoram police forces in the disputed border area of ​​Kashar district on 26 July killed seven people – six Assam policemen and a civilian – and injured more than 50 others. On August 22, the National Human Rights Commission (NHRC) issued notices to the Centre, Assam and Mizoram regarding the bloody border clash between the two northeastern states in July, stating that there had been a “grave human rights violation”.

The Barak Valley districts of Assam of Kachar, Krimganj and Hailakandi share a border of 164.6 km with the three Mizoram districts of Aizawl, Kolasip and Mamit. The origin of the protracted dispute goes back to the 1875 Notice issued during the British era which distinguishes the Lochai Hills from the Kashar plains, and another from 1933 which delineates the boundary between the Lochai Hills and Manipur.

Mizoram insists that the boundary between states should be demarcated on the basis of the 1875 notification, a corollary of the East Bengal Boundary Regulation (BEFR) Act 1873. However, the leaders of Mizoram were arguing against the demarcation that was notified in 1933, claiming that no consultation was taken. Mizo Association, while Assam wants to apply this notification.