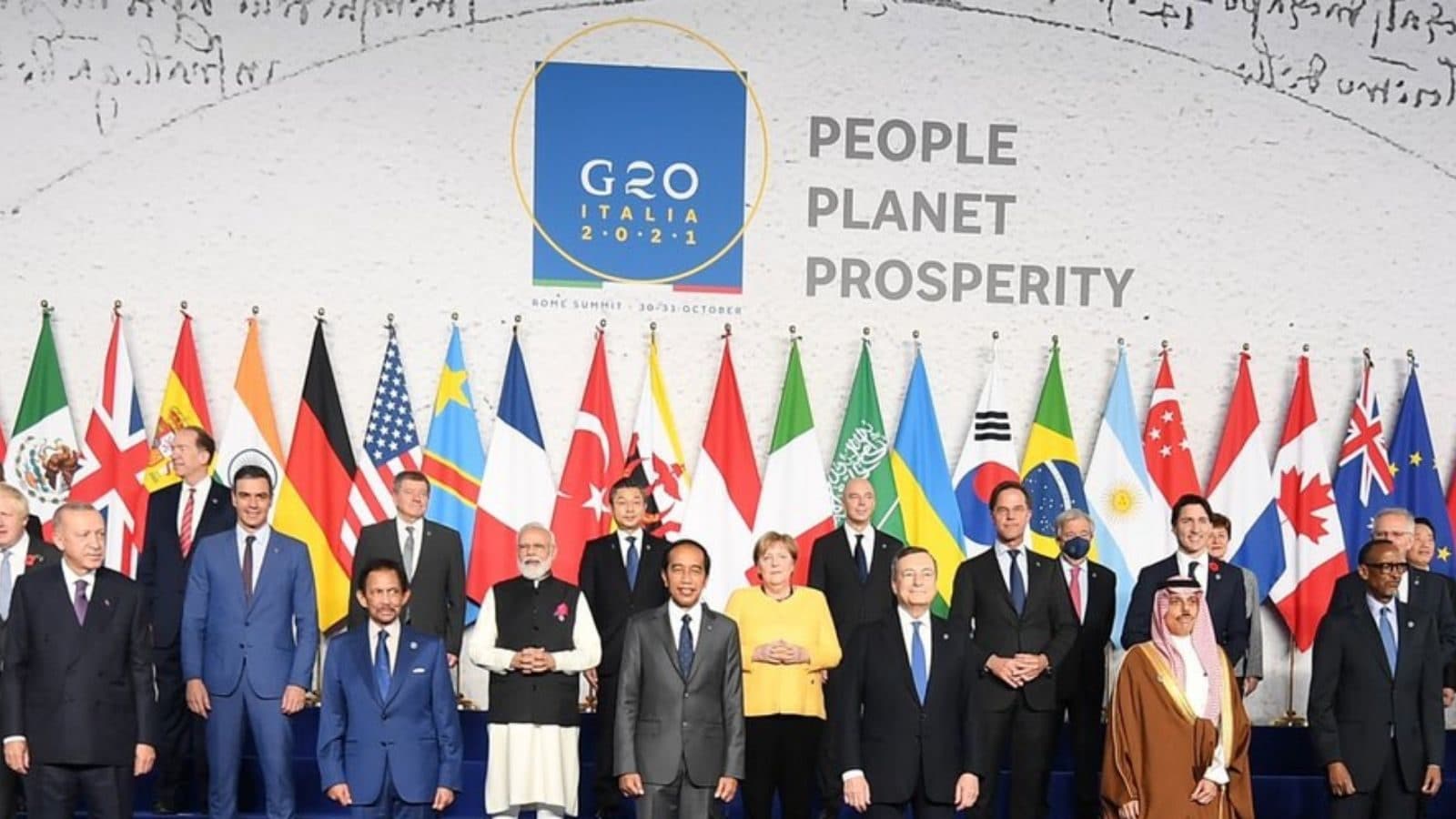 After Prime Minister Modi’s first one-on-one meeting with Pope Francis, the Indian Prime Minister headed to the Rome Convention Center to participate in a session on “Global Economy and Global Health”,

According to reports, upon his arrival at the venue, Italian Prime Minister Mario Draghi received Prime Minister Modi. Leaders of the world’s economic powers gathered on Saturday for their first personal summit since the coronavirus pandemic, with climate change, the economic recovery of Covid-19 and a global minimum corporate tax rate on the agenda.

The Covid-19 pandemic and its consequences for people around the world remained the main point of discussion at the conference while leaders also discussed the challenge of climate change. The Ministry of External Affairs said in a statement that the Pope appreciates India’s assistance to countries in need during the pandemic.

Prime Minister Modi arrived at the summit venue after his first one-on-one meeting with Pope Francis. The meeting took place as the prime minister arrived in Vatican City as part of his visit to Rome for the G20 summit on Saturday. After the meeting, Modi said, “He had a very intimate meeting with Pope Francis. I had the opportunity to discuss a wide range of issues with him and also invited him to visit India.”

Prime Minister Modi is the first Indian Prime Minister to have met Francis since he became pope in 2013. At the Vatican, Modi was accompanied by National Security Adviser Ajit Doval and External Affairs Minister S.

Sources told News 18 that the meeting was scheduled for only twenty minutes, but it lasted for an hour. Prime Minister Modi invited the Pope to visit India. The last visit of the Pope occurred in 1999 when Atal Bihari Vajpayee was the Prime Minister and Pope John Paul II attended.

The Prime Minister also met with Cardinal Pietro Parolin, Vatican State Secretary of State. Ahead of the historic meeting, Foreign Minister Harsh Vardhan Shringla said on Friday that the prime minister would have a separate meeting with the Pope.