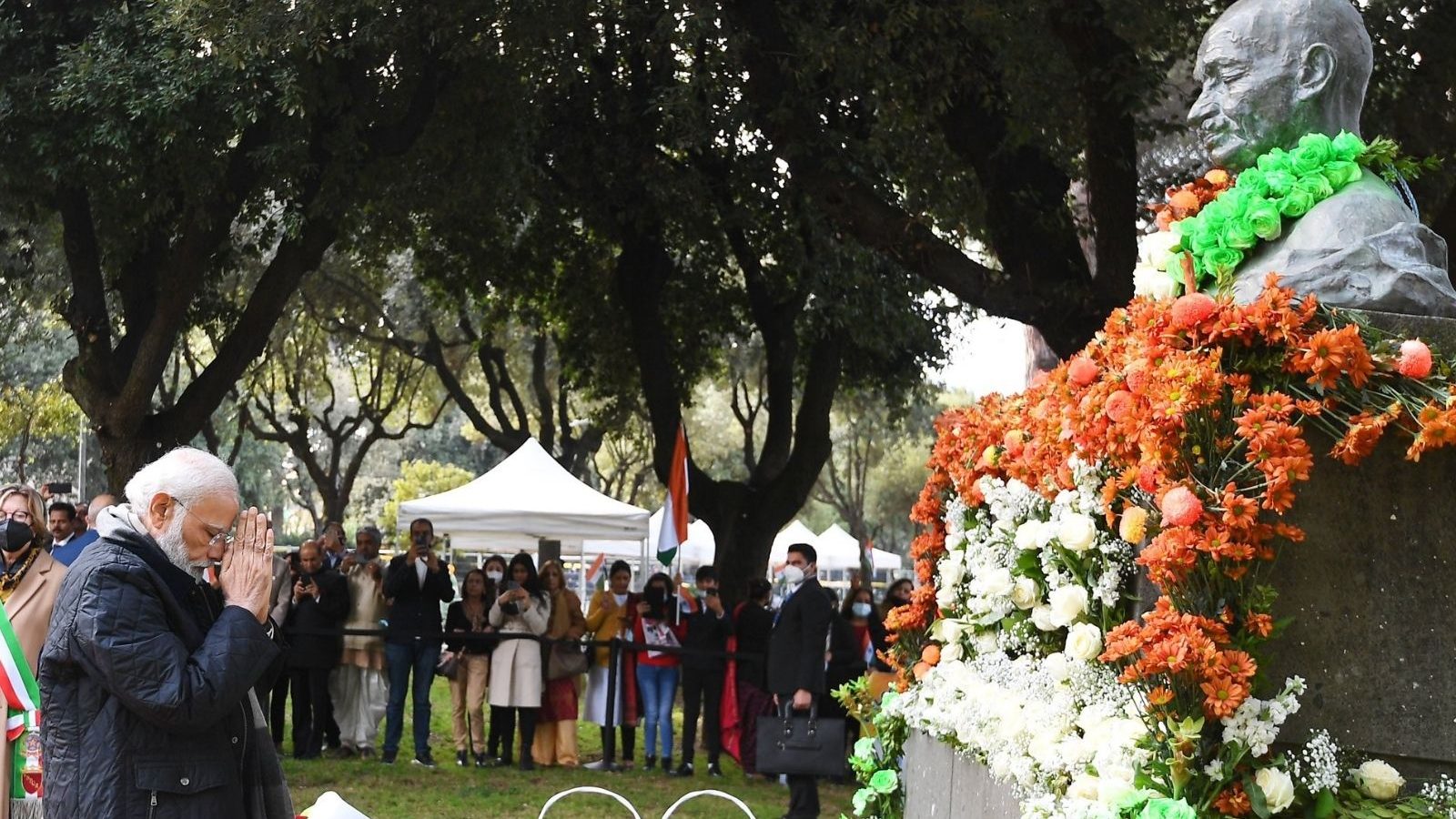 Prime Minister Narendra Modi on Friday hailed the statue of Mahatma Gandhi in Gandhi’s Square in Rome during his visit to attend the 16th G20 Summit. He also greeted the members of the Indian community that gathered in the area and interacted with them.

The Prime Minister was greeted with chants in Sanskrit and “Modi Modi!” During his interaction with the Indian community in Italy.

#Watch Sanskrit chants, and the slogans “Modi, Modi” reverberate in Gandhi Square in Rome as Prime Minister Narendra Modi interacts with the people gathered there. Prime Minister in Rome to participate in the G-20 summit. pic.twitter.com/G13ptYOAjB

The Prime Minister arrived in Rome today for the G20 Summit where he will join other leaders in discussions on global economic and health recovery from COVID-19, sustainable development and climate change.

“In Rome, I will attend the 16th G20 Leaders’ Summit, where I will engage other G20 leaders in discussions on global economic and health recovery from the pandemic, sustainable development, and climate change,” Modi said, noting that this would be the first personal G20 summit since the outbreak of the pandemic. COVID-19 pandemic.

On the sidelines of the G20 summit, the Prime Minister said that he will also meet with leaders of other partner countries and review progress in India’s bilateral relations with them. He said that there will also be various bilateral and community programs during this visit.

(with input from agencies)