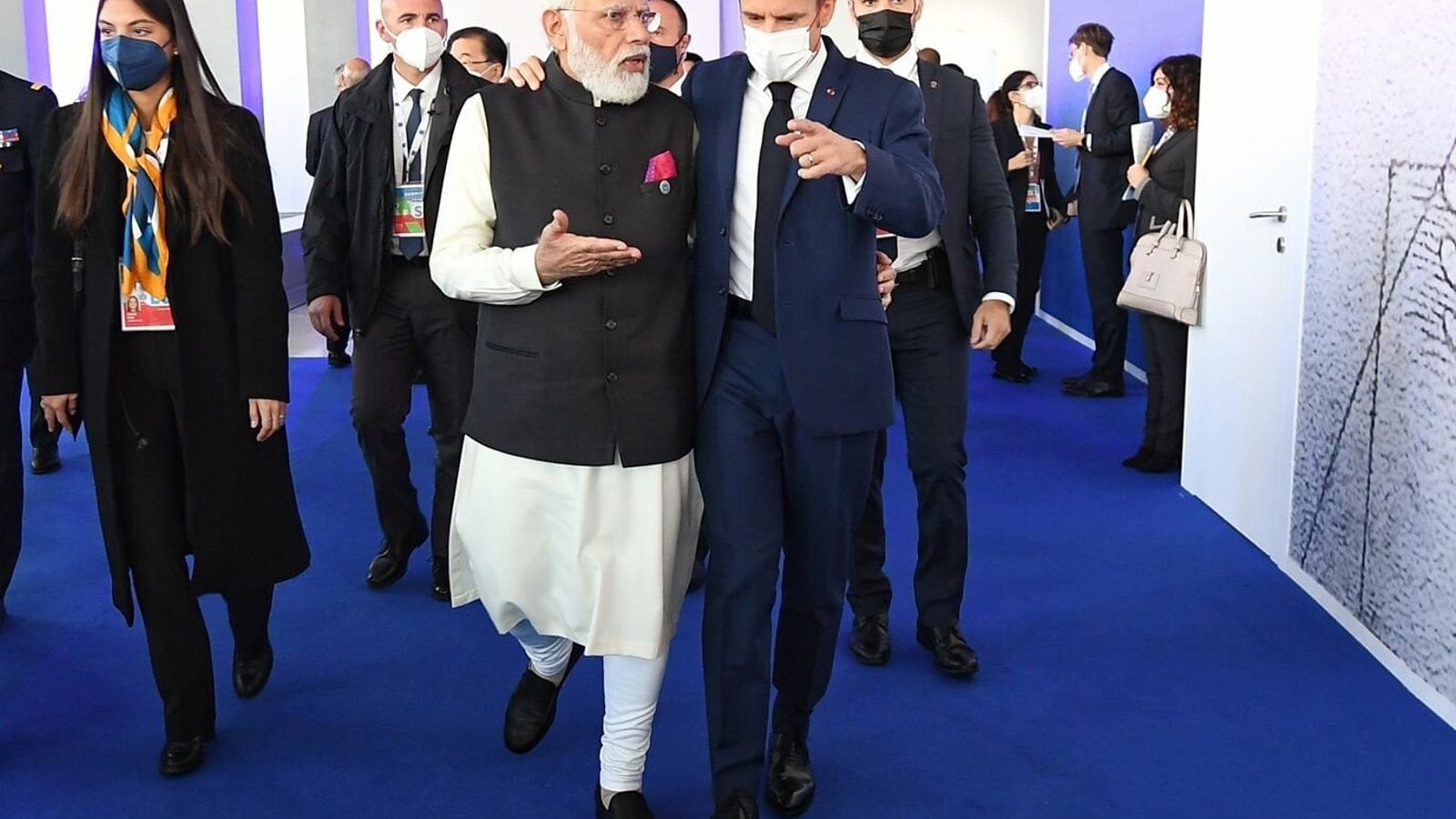 Prime Minister Narendra Modi on Saturday met French President Emmanuel Macron on the sidelines of the G20 summit here and the two leaders had “productive discussions” on strategic bilateral relations and a range of issues of common and global concern including the Indo-Pacific region.

Prime Minister Modi, who is here at the invitation of his Italian counterpart Mario Draghi, was accompanied by National Security Adviser Ajit Doval and External Affairs Minister S Jaishankar during his meeting with Macron.

“Glad to meet my friend, President Emmanuel Macron in Rome. Our talks revolved around enhancing cooperation in various fields and strengthening people-to-people ties,” Modi tweeted after the meeting. The Prime Minister’s Office said the two leaders had fruitful discussions on the sidelines of the G20 Summit.

He added that they also discussed global and regional developments. In a briefing to the media, Foreign Minister Harsh Vardhan Shringla said Prime Minister Modi had invited French President Macron to visit India.

The meeting comes more than a month after the two leaders had a phone conversation, amid heavy criticism from Paris of the AUKUS (Australia, UK and US) security partnership. Shringla said the AUKUS issue came up during the meeting but it was not the main topic.

There was no discussion of the Quartet, he added, referring to a bloc comprising India, Japan, the United States and Australia that was formed to develop a new strategy to keep vital sea routes in the resource-rich Indo-Pacific region free from any influence. Shringla said: “Prime Minister Modi welcomed the EU’s Indo-Pacific strategy, noting that during his meeting with EU leaders on Friday, the Prime Minister emphasized that France had played an important role in facilitating the EU’s Indo-Pacific strategy, and thanked the French president for his role. Leading the development of this strategy.

The two leaders reaffirmed their commitment to cooperation in the Indo-Pacific region, to find new and innovative ways of cooperation to advance the goal of a free, open and inclusive rules-based order in the region. Shringla added that there was also discussion about the upcoming COP26 conference, issues related to climate change and the need to focus on climate finance. India, the United States and many other world powers have spoken of the need to ensure a free, open and prosperous Indo-Pacific against the backdrop of China’s increasing military maneuvers in the resource-rich region.

During the phone conversation last month, Modi and Macron agreed to “work together” in the Indo-Pacific to keep the region stable, rule-based and free of any hegemony. At that time, the two reviewed the growing bilateral cooperation in the Indo-Pacific region and the important role that the India-France partnership plays in promoting stability and security in the region.

They pledged to continue regular coordination discussions ahead of upcoming events, particularly the G20 and COP 26 on climate change, and to continue their joint actions against the COVID-19 pandemic.