Sudanese protesters demand the dissolution of the joint government 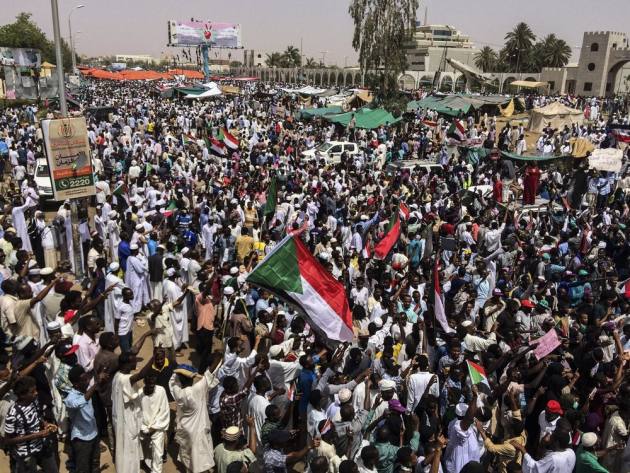 Thousands of Sudanese took to the streets, Saturday, in the capital, Khartoum, to demand the dissolution of the joint civilian military government headed by Prime Minister Abdalla Hamdok.

The protest could heighten political tensions in Sudan, threatening its fragile transition to democracy more than two years after the military ousted President Omar al-Bashir amid a public uprising against his rule.

The demonstrations were organized by political parties and rebel groups that were part of the Forces for the Declaration of Freedom and Change, a group that led the uprising against al-Bashir.

The country is now governed by a joint military-civilian transitional government, but tensions between civilians and the generals have risen in the wake of the recent failed coup attempt. Activists insist that the generals hand over power to civilians.

The official Sudan News Agency (SUNA) said the protesters were bused from the outskirts of Khartoum and elsewhere in the country to a rally outside the presidential palace in the Sudanese capital.

The protesters’ demands reflect those of Major General Abdel Fattah Burhan, head of the ruling Sovereign Council, who said earlier this month that dissolving the government could solve the current political crisis.

Meanwhile, anti-government protesters in the country’s east have closed a major Red Sea port there for more than two weeks, as well as fuel pipelines and main roads. The protests in Port Sudan are led by a tribal body representing six tribes from northeastern Sudan.

Hamdok’s office warned earlier this month that Sudan would run out of basic commodities, including medicine, fuel and wheat, due to the blockade of Port Sudan. The shortage of imported goods has led to the return of bread queues in Khartoum in recent days.

On Friday, Hamdok described the ongoing political tensions as the “worst and most serious crisis” threatening the transitional phase in Sudan and called for negotiations to resolve differences.