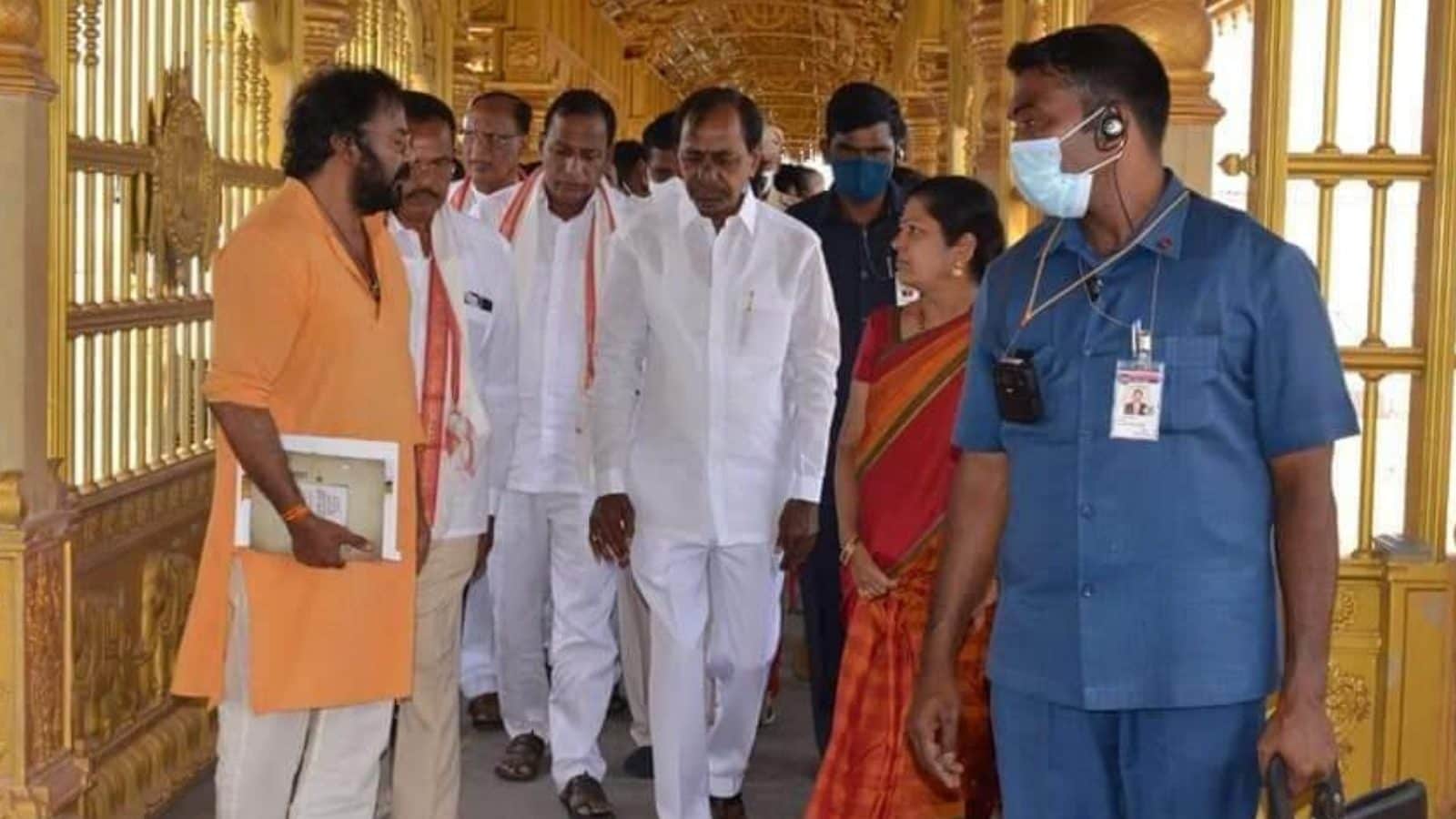 Speaking to the media after reviewing the construction work of the temple, the chief minister said Maha Kumba Sambroxana would be undertaken on a large scale to reopen the temple and invitations would be sent to all major Pithas in the country.

“Telangana is a place of spiritual wealth. Yadadri is one of the most famous temples. We have done the reconstruction to spread the glory of Yadadri in all directions. The development work was carried out on the instructions of China Jeeyar Swami. Temple City is built according to international standards.” He said.

The KCR also said the Vimana Gopuram (a structure at the top of the temple) of the Yadadri temple is in the style of the Tirumala temple.

Requires 125 kg of gold. Yadari’s first donation will be 1,116 grams (1.116 kg) of gold on behalf of our family. I expect many donors to come forward for this noble cause. China will also donate one kilogram of gold to Jiar Swami.”

Rao also confirmed that houses will be allocated to temple staff and a colony to reporters.