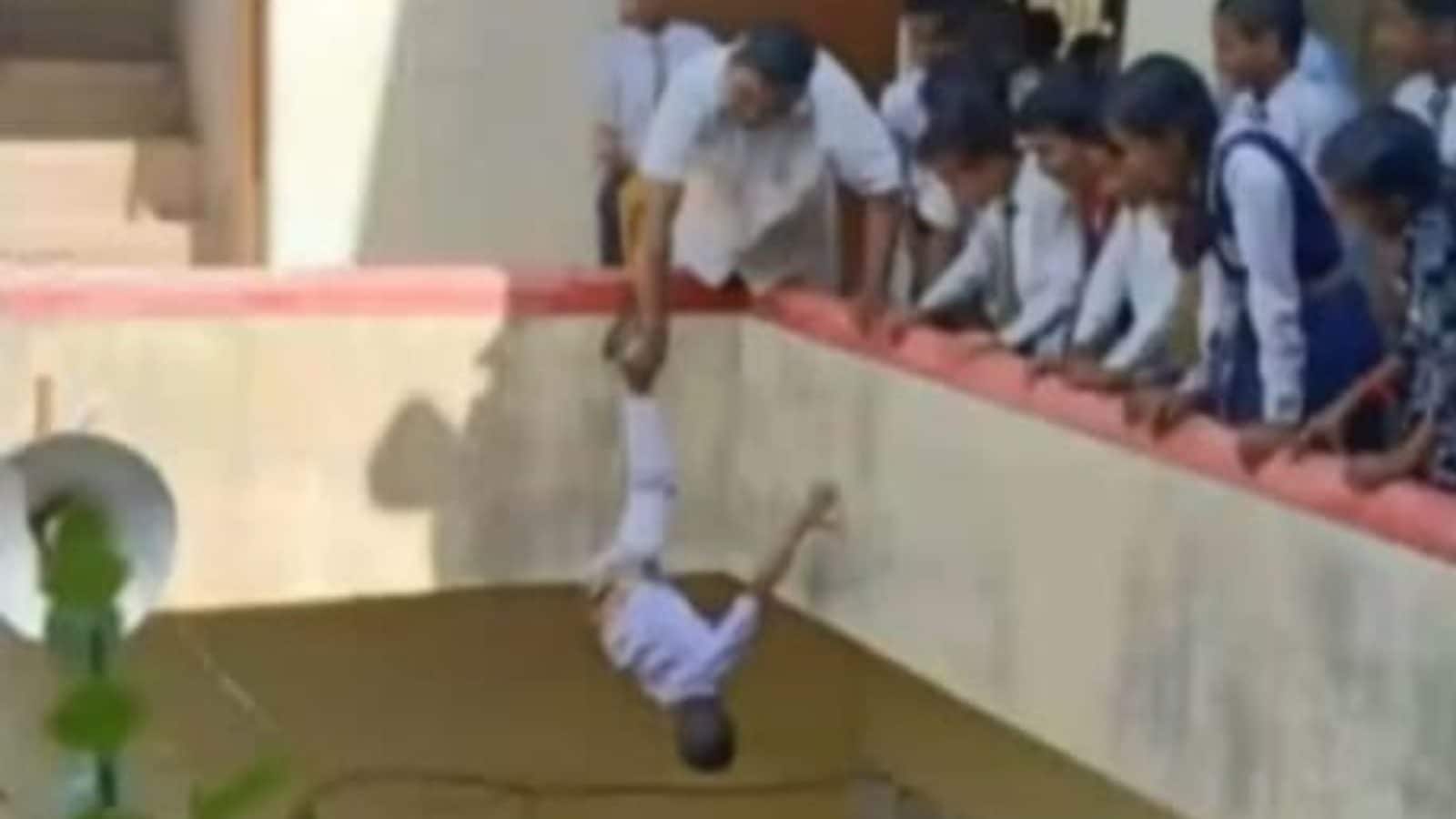 The photo of the boy hanging from the first floor of the school building spread on social media. (Photo: IANS)

The child was reportedly pulled only after he screamed and begged for forgiveness, while the other students looked on.

The principal of a private school in Mirzapur district of Uttar Pradesh, who allegedly dangled a child upside down from the first floor of the school building as punishment of some sort, has been arrested after images of the incident went viral on social media.

After the photos went viral, the Mirzapur district judge ordered a complaint against the principal.

The police then registered a case against the principal of the school, Manoj Vishwakarma, who has now been arrested and sent to jail.

The incident occurred at Sadbhavna Shikshan Sansthan Preparatory School in Ahraura, Mirzapur, on October 28. The principal had imposed the “punishment” on a child studying in Class 2 for being mischievous.

The child was reportedly pulled only after he screamed and begged for forgiveness, while the other students looked on.

A student who was at the site at the time said the child was held upside down for 10 minutes.

A case has been registered on the complaint of the father of the child under Sections 352 and 506 of the Indian Penal Code and the appropriate sections of the Juvenile Justice (Care and Protection of Children) Act.

Meanwhile, Education Officer Gautam Prasad said the process of de-recognition of the school is underway and the 300 students will be admitted to other nearby schools.