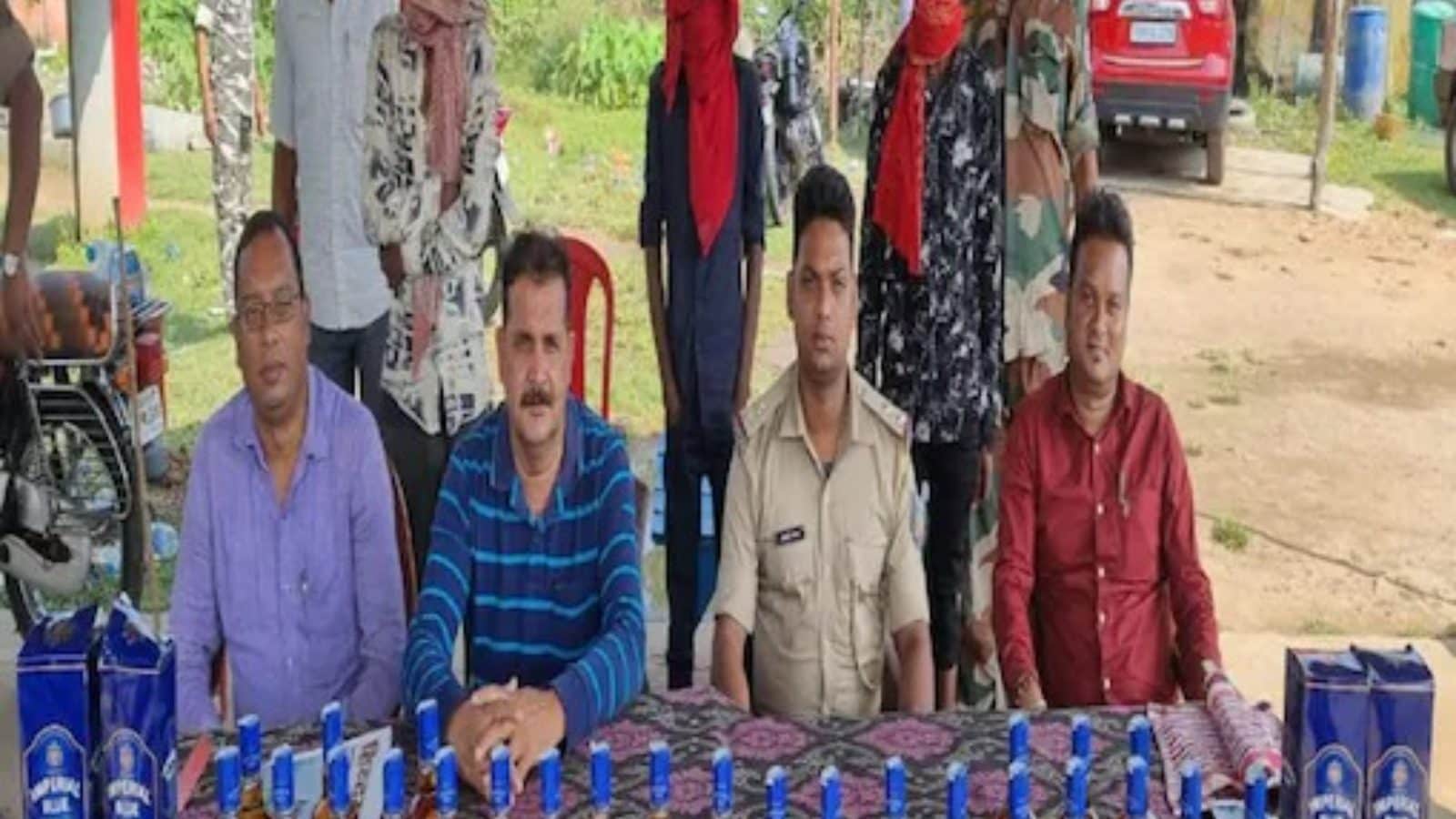 Police have arrested three school students from Bihar on charges of smuggling liquor. Police said the students were detained for illegal liquor in the Domka area on Thursday. The police detained the students in an area close to the Jharkhand Bihar border under the district’s Hanzdiha police station. She told the police that they used to smuggle liquor from Jharkhand to Bihar.

According to a police official, the students started illegal liquor trade with the uniform allowance they received from the Bihar government. The official was informed that a large amount of foreign alcoholic beverages was recovered from their possession.

Although a ban on alcoholic beverages has been in effect in Bihar since 2016, it also continues to be sold at random. Now, school students are joining the illegal liquor sale as they find it a way to earn money easily.

“The Bihar government gave money to these students in schools to buy their school uniforms. The accused students started illegal liquor trade with the money they got for school uniforms. A police officer said they have been selling liquor for the past few days.

“We have received confidential information that three school students are going to Bhagalpur, Bihar state from Domka in Jharkhand. We learned that they were traveling in a bus carrying liquor,” the officer added.

Acting on the information, the police searched the bus at Mahadivgarh checkpoint on the Jharkhand-Bihar border. When the bus arrived at the checkpoint, the police team started checking the bus. The three students were sitting in the back seat. They were carrying a bag. When the police opened the bag, about thirty bottles of foreign liquor were found in it.

All three students are residents of Chhoti Parvata Village in Ismailpur Police Station in Bhagalpur District.

During questioning by the police, they revealed that they had used 6,000 rupees, which they had obtained for school uniforms, to start smuggling for illegal liquor. The three told the police that they had taken several shipments of liquor to Bhagalpur earlier and sold it at higher prices.

The police handed the three students with alcoholic drinks to Domka tax officials. The Excise Department has started further investigations into this matter.