Two army personnel were killed in a mine explosion in Rajouri, Jammu and Kashmir 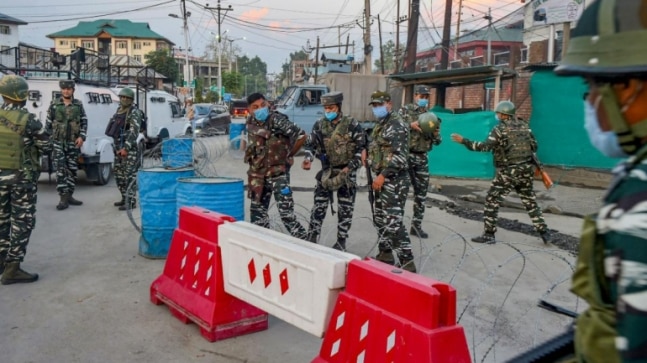 A column of the army was on patrol, as part of measures to prevent infiltration of terrorists, when the mine exploded. (Representative image: PTI)

An Indian Army officer and Joan, who were injured in a mine explosion near a forward post along the Line of Control in Rajouri district of Jammu and Kashmir, were killed on Saturday. Another soldier was also injured in the accident.

Two army soldiers, Lieutenant Rishi Kumar and Siboy Manjit Singh, were seriously injured in the blast in Kalal district of Nowshera sector. They were immediately taken to a nearby military hospital where they later died of their injuries. The other injured soldier is currently undergoing treatment.

#GOC #WhiteKnight_IA Salutes all the brave ranks of Lieutenant Rishi Kumar and Sib Manjit Singh, who made the greatest sacrifice in the line of duty along the Line of Control in Nowshera Sector on 30th October 21, and extend their deepest condolences to their families.Tweet embedTweet embed pic.twitter.com/qvEiwCEfzd

According to the news agency PTI, a column of the army was on a patrol mission, as part of measures to prevent the infiltration of terrorists across the border, when the mine explosion occurred.

Army officials said the area where the explosion occurred was riddled with landmines that the army had planted as part of an anti-infiltration arrangement.

Read also: jawan was killed in a mine explosion at J&K’s Poonch