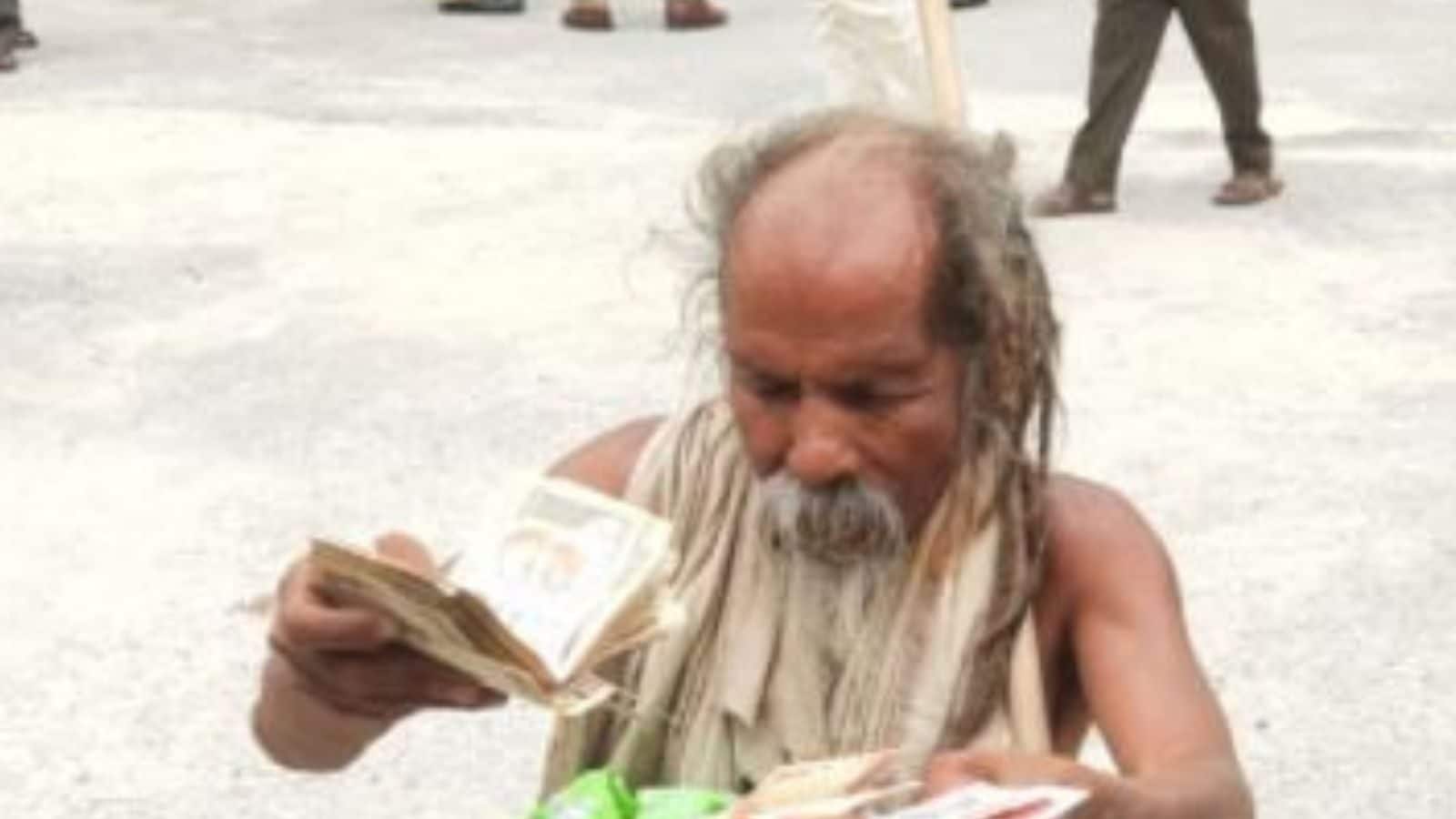 The man claimed that he forgot where to keep the money because of an illness. (PTI/file)

The 65-year-old said he had been begging for many years and saved the money in hopes of using it in his old age.

A 65-year-old visually impaired person in Tamil Nadu has submitted a petition to the office of the Krishnagiri District Collector, asking for help in replacing his old (de-circulated) 500 and 1,000 rupee banknotes totaling Rs 65,000. He claimed that the amount was his life savings which he earned through begging.

The man, Chinakanu, hails from the village of Chinagondanur in the Krishnagiri district. He had a visual impairment since the age of five, making his living by begging and staying alone in a hut in his village. When asked about the situation, the old man told News18 that he fell ill four years ago and forgot where to keep his Rs 65,000 savings. He claimed that only a few days ago he found the money. He later learned that his lifetime savings could not be used anymore due to the cancellation of trading.

In the petition, he said he had been begging in the area for many years and had saved the money in hopes of using it in his old age. He forgot where he kept the money for the past few years due to an illness and was unable to change the notes because he wasn’t aware of canceling the money.

He asked the authorities to help convert the out-of-circulation banknotes into the newer currency.