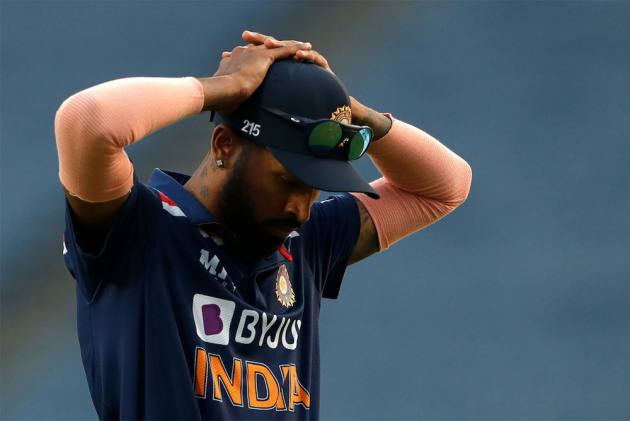 India captain Virat Kohli acknowledged the need for a “sixth bowling option” but also kept it open when asked about the flamboyant, multi-skilled bowling fitness of Hardik Pandya, noting that the Baroda man “must be fit to be able to play one or two overs” .

Pandya started bowling in the net but the captain offered no guarantees that the multi-skilled player would bowl against New Zealand, but indicated that he himself might roll his arm if he encountered India first.

“It’s very important to have a sixth bowling option – either through me or through Hardik (Pandya). He has to be fit to be able to throw one or two,” Kohli said on the eve of the New Zealand game.

According to Kohli, it will be the situation of the game that will dictate whether they need an extra footballer, which has been the bane of India over the past year as Pandya was not half as effective after lower back surgery.

“The state of the game dictates when to use the sixth bowling option. In our last game, if (Pakistan) was the first hit, I could also throw the ball once or twice.

“But in the second rounds when we needed a wicket, we just had to ride our core bowlers. It doesn’t mean that a team with six or seven bowling options doesn’t lose,” the captain said.

Kohli confirmed that Pandya was “fine” regarding his shoulder injury, but also threw in hints that Chardol Thakur is still not planning to play eleven yet but could appear in the future.

“Hardik is totally fine, if you’re talking about the pat on the shoulder,” Kohli said, adding that Chardol was also in their “plans.”

About Shardul, Kohli said: “He (Shardul) is definitely a guy in our plans, and he’s always standing up for himself. He is definitely someone who can bring a lot of value to the team.

Kohli added, “What role does he play or where he fits, that’s something I can’t talk about clearly now. But yes, Chardol is someone who has great potential and will add great value to the team.”

When asked how he would rate Bhuvneshwar Kumar’s performance, the captain said he would not single out any particular player.

“As a bowling group, we fail to pick up a stake and we understand that can happen in the sport. These are the same people who have done the work for us for a long period of time. So we understand how it went and where it went wrong.”

Accepting failure is the first step toward course correction, the leader feels.

“We totally accept and we know the opponent has totally outdone us. You need to accept that as a professional cricket team with no ego, no excuses whatsoever. We didn’t give any. We won’t give any excuses to move forward either.

Trent Bolt possessed an equal threat if not more than that of Shaheen Shah Afridi, who found his deliveries in his left arm almost unavoidable by Indian fighters.

But Kohli, rightly, as any leader would, downplayed the Bolt factor.

“He’s obviously excited to do what Shaheen did. We have to be motivated to face that and try to put pressure on him and the other bowlers as well. So this is basically the match anyway.

“It all depends on how we take the field mentally and how we face it. We’ve played against all these bowlers for a long period of time. All that matters now is when we get out on the field what kind of mental framework we are in,” Kohli said.