You can’t play with people’s lives: SC asks for a revaccination with Covishield 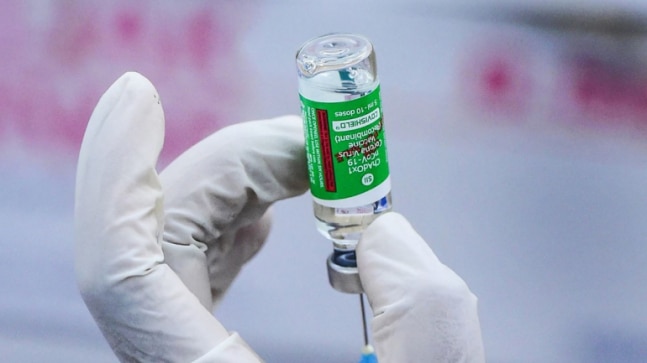 The Supreme Court said Friday that it cannot play with people’s lives by directing the center to re-vaccinate people with Covishield who have been fully vaccinated with Covaxin to enable them to travel abroad during the Covid-19 pandemic.

The Supreme Court was hearing a petition that said Covaxin had not been approved by the World Health Organization (WHO) and people here were having trouble getting permission to travel abroad.

The panel of judges DY Chandrachud and BV Nagarathna said the court had no data on what the effect would be on people and could not simply direct the center to revaccinate people with Covishield.

“We can’t play with people’s lives by directing the center to re-vaccinate. We don’t have any data with us. We read in the newspapers that Bharat Biotech has submitted an application to the World Health Organization for recognition. Let’s wait for the response of the World Health Organization. We will take up this issue after the Diwali holiday. “.

Lawyer Kartik Seth, who appeared in person, confirmed that daily some students and people wish to travel abroad but are denied entry because Covaxin is not recognized by the World Health Organization.

Under the current mechanism, he said, no person vaccinated with Covaxin could register themselves on the CoWIN portal for the Covishield vaccine and a directive could be issued to the center in this regard.

We cannot issue a directive to give another vaccine without any data. We understand your concern but let’s wait for the WHO’s response.”

The Supreme Court said there were also concerns that the contenders might try in PIL garb to take advantage of litigation.

Seth said his PIL Act is just a public interest lawsuit as many students who go abroad to study are denied entry in different countries.

Seth’s petition said that at the time Covaxin was introduced, the government had not told the public that it had not been approved by the World Health Organization.

She said Bharat Biotech submitted its application for approval in late April 2021, and in May, people learned that many countries do not allow entry to those vaccinated with vaccines other than those on the WHO’s list for emergency use.

The appeal called for directing to the relevant department and the release of official statements and the reasons for the delay in obtaining approval for Covaxin developed by Bharat Biotech.

It also sought a directive to disclose actual data and records to the World Health Organization to obtain approval for Covaxin.