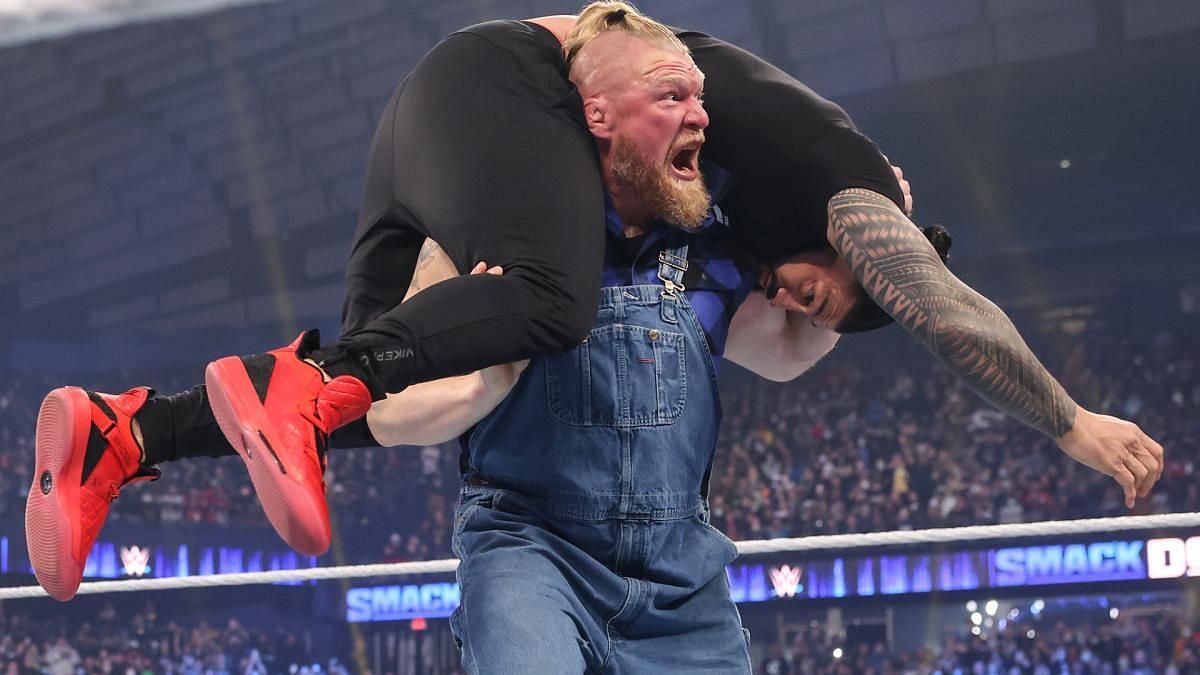 This week, the rivalry between Roman Reigns and Brock Lesnar heated up at WWE SmackDown. The latter played more mind games with Reigns and his special advisor before their match in WWE Day 1.

Tony Storm was also looking for a way to enter the competition for the SmackDown Women’s Championship. Charlotte Flair denied her the title, and the former NXT UK Women’s Champion had to find new ways to reach her.

The Viking invaders defeated Jinder Mahal and Shanky convincingly. Meanwhile, Sami Zayn’s request for a chance at the Intercontinental Championship has led to him booking the Gauntlet match next Friday night.

Drew McIntyre brought back Madcap Moss’ Angela and Happy Corbin for a SmackDown. He will now face Moss on WWE Day One in a singles match.

A lot went down on this week’s episode of SmackDown. Take a look at the five things WWE got on SmackDown this week.

WWE SmackDown decided to put the two biggest competitors in the women’s division into one match to start the event. Tony Storm teamed up with Sasha Banks to compete in a tag team match against SHUTZEE and SmackDown Women’s Champion Charlotte Flair.

Schutzi went after the storm early and took control of it. The latter lowered her opponent into the rug as they both aimed at each other’s arms.

After a heated sign on both sides, Banks unloaded on Flair and Shotzi to regain control of her team. The storm came soon after and she went on her own lap to keep moving.

After both teams exchanged some signature moves, Flair attempted to hit the Moon on the Storm twice but failed. During her last attempt, Storm raised her knees and rolled Flair into a pin for the win.

The SmackDown Women’s Champion looked shocked when Storm celebrated her big win with Banks. It was a good match that allowed SmackDown’s top women’s teams to shine early on.

Schotze and Banks will continue their rivalry after the contest, and hopefully the green-haired star will have a good fight. Meanwhile, Storm has entered the SmackDown Women’s Championship photo, and will likely claim her title on WWE Day 1.