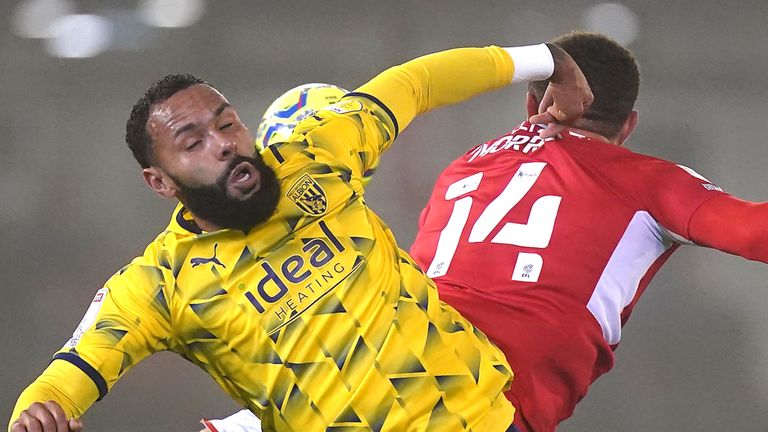 West Brom missed the opportunity to continue their recent rise and move closer to the automatic promotion positions after their 0-0 draw with Barnsley at Oakwell.

In a game with few clear chances, Pages was the closest to breaking the deadlock, netting Cedric Keeper, Jordan Huegel seeing a shot blocked on the goal line and Karlan Grant denying a late penalty kick.

Unable to show progress in the mists of South Yorkshire, their search continues for their first away win over the Tikes since August 1947.

Valerian Ismail’s men remain third, two points behind second-placed Bournemouth as a result, although they could be overtaken by Blackburn should they beat Birmingham on Saturday. Meanwhile, Barnsley is 23rd and seven points out of the safety zone mid-season.

How did you frustrate Baji again

The Covid-hit tournament kicked off this weekend in Oakwell, with Bouya Asbaghi ​​looking for his first win as coach of Barnsley, with former president Ismail and midfielder Alex Mowat also returning in the pre-match narrative.

West Brom almost made the perfect start. A typical accurate free kick was delivered from Mowatt and found Kipre, who broke free from Liam Kitching’s clutches and headed into a right corner as goalkeeper Brad Collins was battered.

With the Baggies beginning to get promotion shape back on track with back-to-back wins over Coventry and Reading, it could have been a sign of things to come, but the hosts made an attempt to put their stamp on the game. In terms of chances, though, Calum Brittan’s shot over the bar from 20 yards was about as good as it got.

Ismail’s men continued to dominate the ball and, at one point, accounted for 79 percent, but they lacked the spark in attack. No doubt Hugill should have done better when his contact with Conor Townsend’s square ball was blocked on the line by Brittain as well.

West Brom’s different half chances per second punctuated 45 minutes. Michal Helic recovered superbly to keep Karlan Grant’s shot wide after being released from a nice ball from Grady Diangana, while Furlong was penalized for hesitation in the penalty area and Matt Clarke’s header on the surface of the net while Ismail became angry on the touchline.

In injury time, Helik pinned Hugill to the thigh with a high boot and spikes into the center circle, leaving the striker in a rumpled pile. There were pleas for a red card, but referee Tim Robinson only issued a yellow, much to Hugel’s dismay.